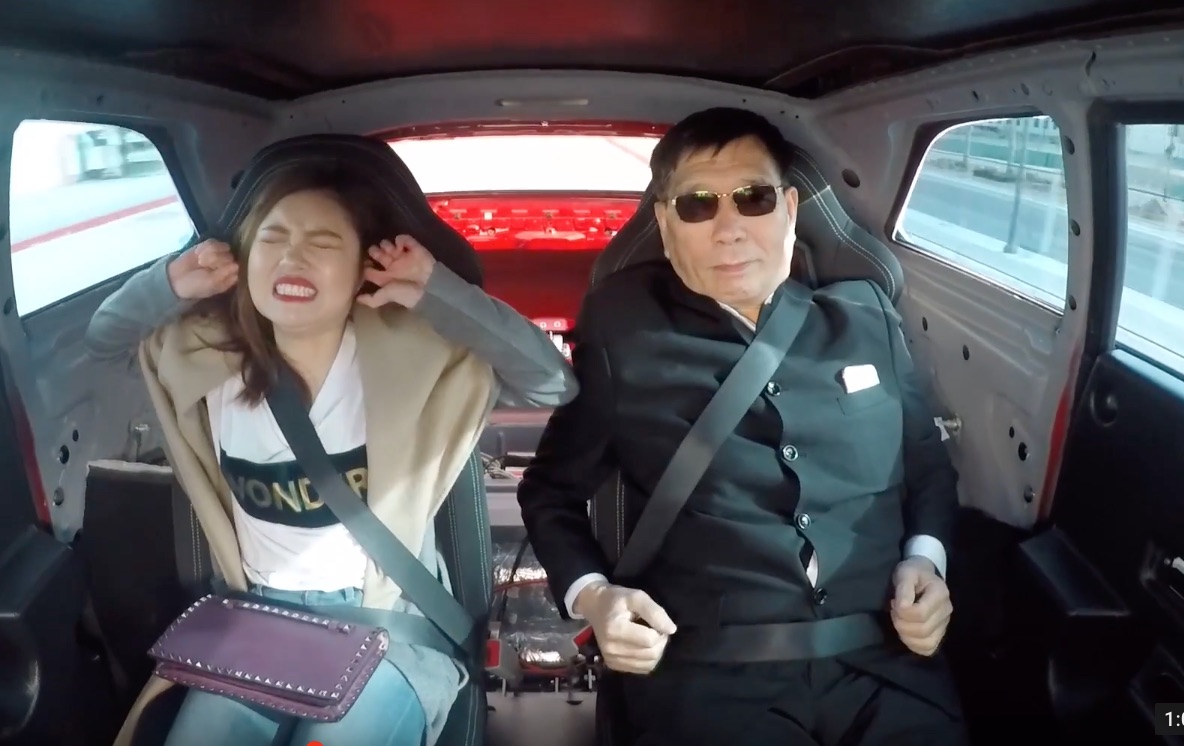 Reaction videos were all the rage when Tesla first unveiled its ‘Insane Mode’, taking unsuspected passengers on a thrill ride from 0-60mph in 3.2 seconds. However, a new breed of 1000+ horsepower electrics, boasting 0-60 times nearly 1 second quicker than the original Insane Tesla, will one day litter YouTube with faces of agony.

First up is Faraday Future and its 1050 horsepower FF 91 which the company recently debuted as a production intent vehicle at CES 2017. Press, special guests, celebrity YouTubers and select Faraday employees were treated to an exhilarating test of acceleration on a makeshift indoor track that was set up beneath an elongated tent where the company held its grand unveiling event.

Faraday claims its FF 91 powered by dual electric motors and a 130 kWh battery pack can rocket from a standstill to 60 mph in 2.39 seconds. By comparison, first tests of Tesla’s newest Model S P100D Ludicrous+ Easter egg has produced 0-60 times of 2.4 seconds, though CEO Elon Musk indicated that a stripped down version of the vehicle – similar to the FF 91 seen at CES – will likely produce times of 2.1 seconds.

Here’s what we can expect in the future once 1000+ horsepower electric cars becomes common place. Face smash.