Ten years ago, the Tesla Roadster was first introduced to the public. How far the world of electric cars has come since then. Where will it be ten years from now?

It’s been nearly a decade since the first unveiling of the Tesla Roadster, the car that started the electric car revolution. Tesla began in the mind of Martin Eberhard, an engineer at Wyse Technologies. He and Marc Tarpenning joined forces in 1997 to create NuvoMedia, a company working on digital reading devices. In 2000, they sold the company to Gemstar TV Guide for $187 million. Three years later, they would start Tesla Motors after obtaining funding through a variety of sources, and appoint Eberhard as the company’s CEO. The most notable investor of them all would be a young entrepreneur by the name of Elon Musk, cofounder of PayPal, who became the controlling investor in Tesla, funding the large majority of the Series A capital investment round with personal funds.

Though more of an investor and Chairman on Tesla’s Board of Directors at the time, Musk still took an active role within the company and oversaw Roadster product design at a detailed level. Musk led design of the Roadster’s carbon fiber body, power electronics module, and many of the components that would eventually be used in Tesla’s first production electric vehicle.

Although the cast of characters leading the company has changed over the past 10 years, the idea that unified their efforts has not — showing the world how to stop using fossil fuels for transportation. At the unveiling, Elon Musk was already talking about global warming, a topic that received very little attention at the time. 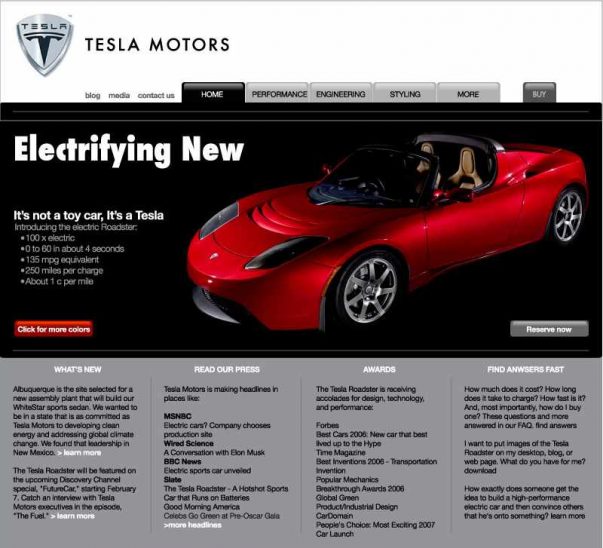 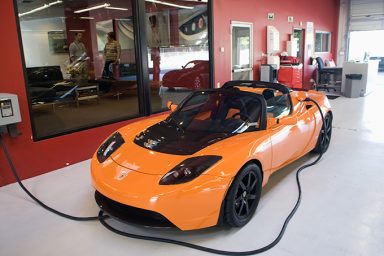 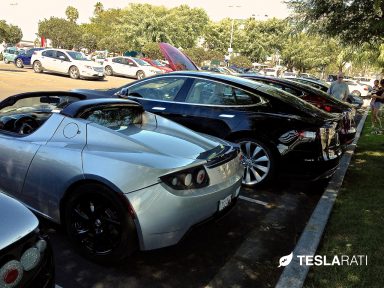 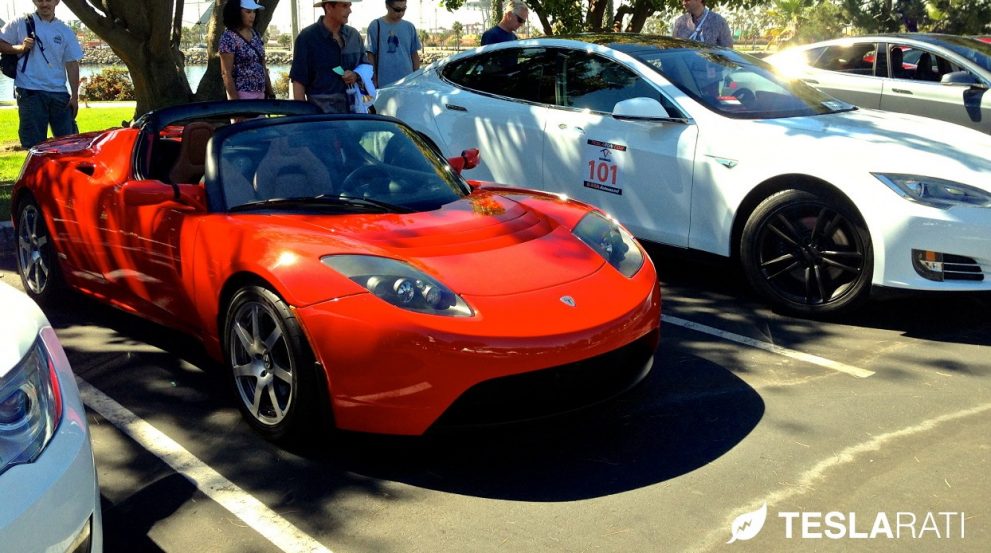 Making electric cars that are cool, cars that real people look forward to driving, is the foundation Tesla Motors is built upon. Does the world really need an electric sedan that can accelerate to 60 mph in less than 3 seconds? No, of course not. But the buzz that car creates is one of the elements that drives Tesla’s success.

That video from 10 years ago contains other messages as well. It illustrates how rapid the pace of change in electronics and digital technology has been. Could anyone imagine back then that cameras would be good enough to enable self driving automobiles just a decade later? And whatever happened to Netscape?

Elon Musk would become Tesla’s new CEO in October 2008. There were some bumps and bruised egos on the road that led from the Tesla Roadster to the Model X, but the dream hasn’t changed. What Elon Musk brought to the table was not only the ability to dream, but also the commitment to meticulous planning needed to make those dreams a reality.