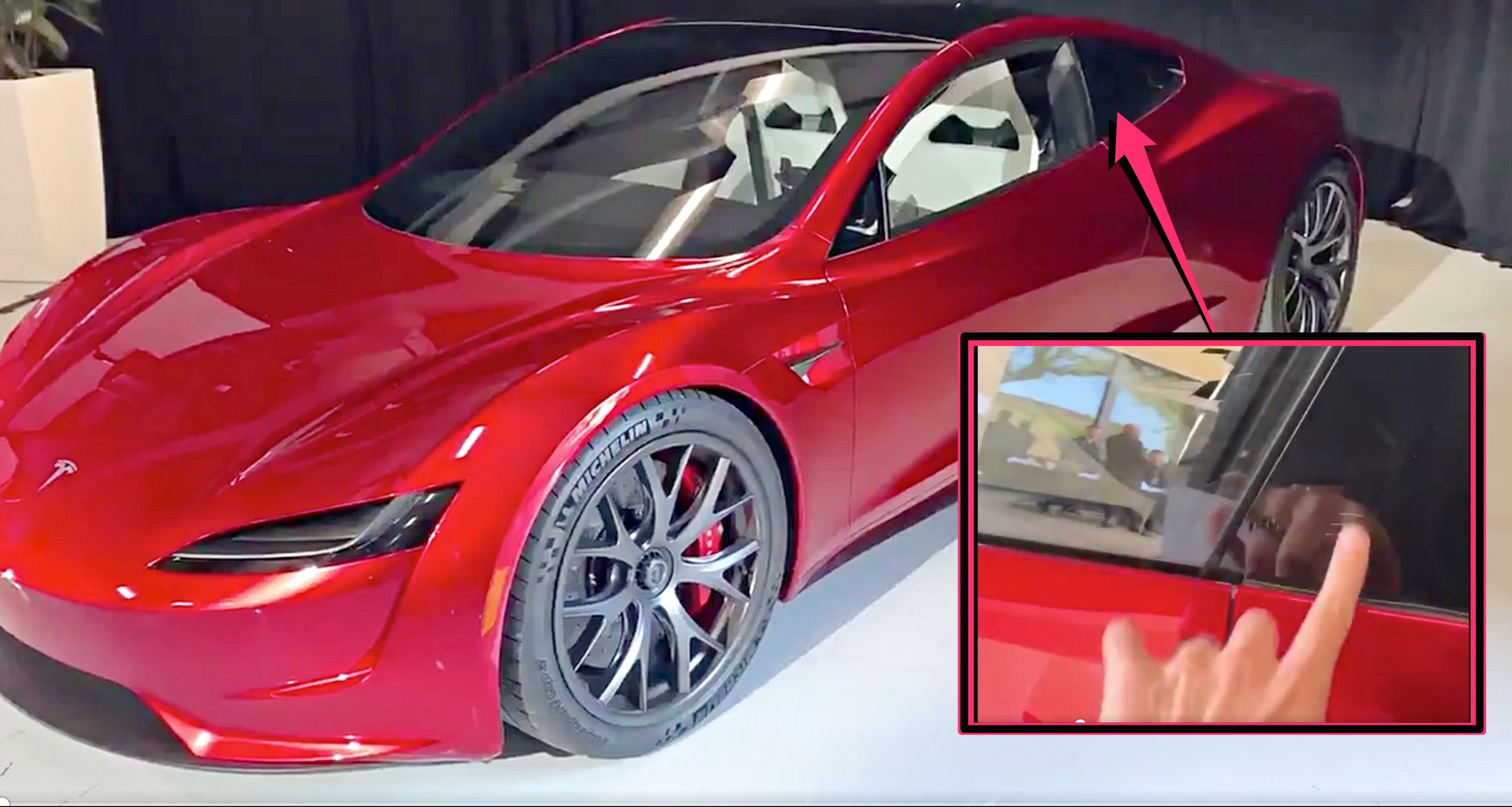 Tesla’s next-generation Roadster uses a fingerprint swipe in lieu of a handle to open its doors, as demonstrated in a video captured by an attendee of Tesla’s Autonomy Day event. Hamid Shojaee revealed that a finger swipe down the very bottom of the B pillar of the car opens the Roadster door. Three horizontal LEDs were also seen blinking to acknowledge the swipe command prior to the release of the door latch.

Further details about the door feature were not provided in the video, but given the level of tech already present in the Roadster, it’s plausible the locking mechanism could be configured to rely on fingerprint data for validation rather than Bluetooth connection or key fob as used in the Model S, Model X, and Model 3. Owners with smartphones already equipped with biometric data readers might be able to sync their devices’ security features as an option if not already built into the native Tesla app. Alternatively, the swipe function could merely replace the door handles to maximize airflow around the vehicle and reduce the coefficient of drag as much as possible.

Along with the finger swipe feature, the Roadster video gives a quick tour of the car’s interior. The vehicle’s small but ergonomic steering wheel sits alone and centered in front of the driver’s seat, and no other distractions along the dash are seen aside from the vertically positioned touchscreen in the center console. A quick glimpse of the back seats is also given, showing off the surprising amount of room available

Not limited to onboard rocket thrusters as part of Tesla’s SpaceX Package, the next-generation Roadster will likely have several more unique features included that will be revealed as it gets closer to its anticipated 2020 first delivery date. The specs touted already are impressive in their own right, 0-60 mph in 1.9 seconds, 250+ mph top speed, and 620 miles of battery range, all for the bang-for-your-buck base price of $200,000. Tesla recently teased the supercar’s acceleration in a video tweet, stating the Roadster could do “Zero to sixty faster than you can read this caption.”

The Investor Autonomy Day presentation touted Tesla’s Full Self-Driving computer as being the best in the world, and the next-generation Roadster will have its own specialized feature enabled by the autonomous software. In a tweet response inquiring about the Roadster’s Autopilot capabilities, CEO Elon Musk described the feature: “Definitely. Will also have Augmented Mode that will massively enhance human driving ability. Like a flying metal suit, but in car form …,” he said, referencing Marvel’s Iron Man and Tony Stark. The new Roadster is also said to have an optional SpaceX package which will enable it to hover similar to the DeLorean of Back to the Future fame.