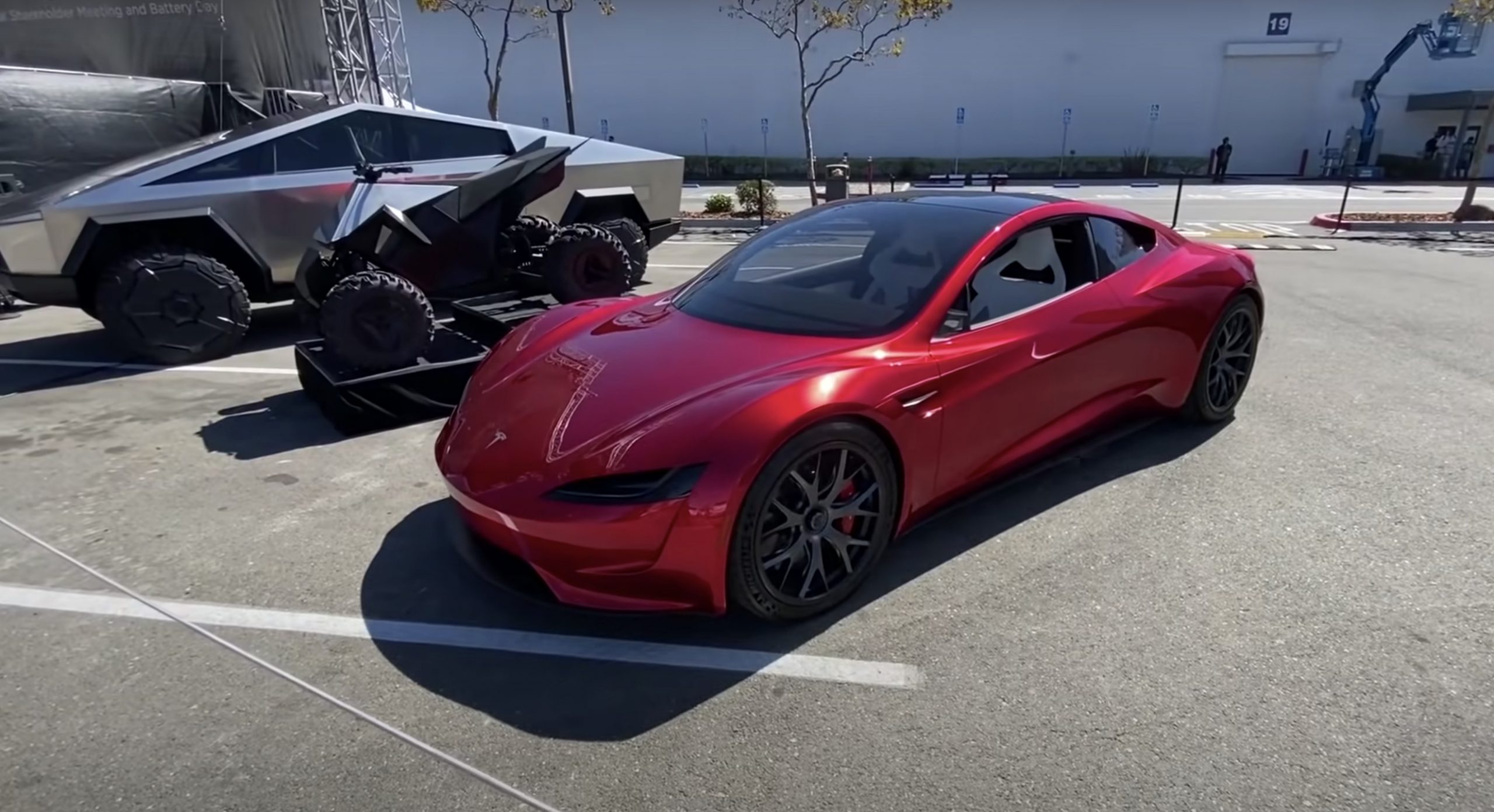 Elon Musk teased that the long wait for Tesla’s next-gen Roadster “will be worth it.” The CEO’s update came as a response to tech YouTuber Marques Brownlee’s tweet about the vehicle, which has seen delays in its deliveries.

Musk and Design Chief Franz von Holzhausen remain tight-lipped about the new Roadster’s improvements, but there is no doubt that it will be astonishing. Since the next-gen Roadster’s unveiling, there have been staggering improvements in Tesla’s other vehicles and the company’s technology, especially in the battery development front.

For instance, the Model S passed the 400 mile EPA range earlier this year and Tesla finally unveiled its own 4680 cell during Battery Day in September. Currently, some specs of the Model S Plaid almost overlap with the base next-gen Roadster.

Then there is the Roadster with the SpaceX Package which will be another variant altogether. The host of YouTube channel Engineering Explained ran the numbers on the Roadster SpaceX Package using Issac Newton’s basic physics principles. He determined that the Roadster could hit 0-60mph in 1.1 seconds with SpaceX thrusters. Without a doubt, that much power will need sufficient energy and may rely heavily on the success of Tesla’s homegrown battery cell.

Elon Musk and Tesla Chief Designer Franz von Holzhausen have dropped some vague hints about the next Roadster over the last two years. In October 2019, Holzhausen teased that Tesla had already made improvements to the Roadster since its unveiling.

“It’s evolving deservedly so; it needs more time. It will be even better than what we’ve unveiled. In every way,” he said during an appearance in Ryan McCaffrey’s Ride the Lightning podcast. Unfortunately, Franz didn’t dive into specific details about the improvements that could be expected in the production version of the all-electric supercar.

Elon Musk said that the Cybertruck production and deliveries may start before the Roadster during an appearance at The Joe Rogan Experience podcast. Gigafactory Texas is expected to start Cybertruck production next year, though Model Y production will likely commence in the complex first. Tesla has been making great progress with the construction of Giga Texas so far.

After Tesla successfully ramps Cybertruck production, it may start working on manufacturing the next-gen Roadster and the Semi. Whether the Roadster’s production will precede the Semi’s remains unclear. Either way, Tesla has a lot of work left before its next-gen Roadster hits the road.

Since its unveiling in November 2017, the Tesla Roadster has been a long-awaited vehicle in the electric car community. Tesla’s next-gen Roadster is quite symbolic for the EV automaker. After all, it was the original Tesla Roadster that really kicked the company into gear so many years ago.

The EV automaker removing the Roadster from the main page of tesla.com may have worried some people, especially considering its historic position at Tesla. The noted tech YouTuber’s tweet about the change probably reflected most of the community’s feelings on the matter. “The Roadster being gone from tesla.com scares me,” Brownlee tweeted, tagging Elon Musk.

The Roadster has been removed from the front page of Tesla’s website, but can still be found using the hamburger menu. Elon Musk’s short reply to Brownlee’s tweet revealed that Tesla has not forgotten about the next-gen Roadster at all. Tesla may simply be waiting for all the pieces to come together before it produces the next iteration of its historic vehicle.