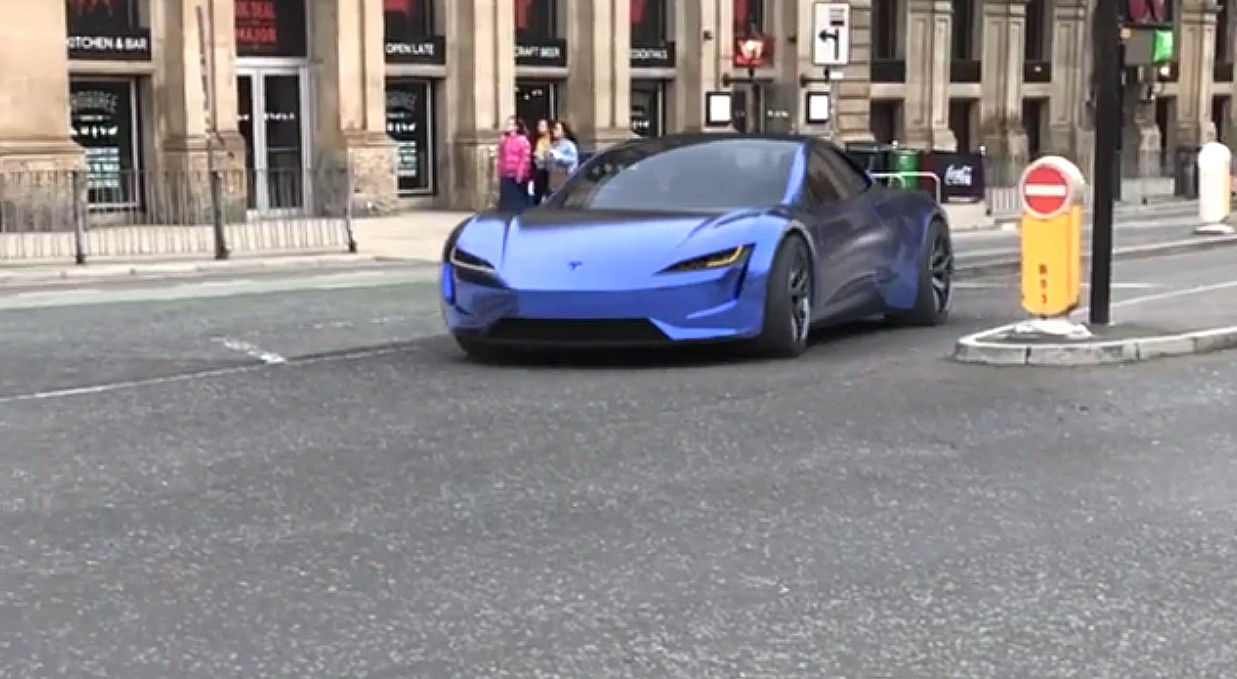 A concept video from an automotive render specialist has provided a glimpse at what the next-generation Tesla Roadster could look like when it’s accelerating on city streets. The short clip, which appears to be to be set on the streets of London, perfectly captures the instant, explosive ferocity of the all-electric supercar.

The next-gen Roadster’s concept video was shared in social media by concept artist Mihai T. (3dm_automotive), who specializes in creating near-photorealistic 3D renders of vehicles. The artist appears to have a soft spot for Elon Musk’s “hardcore smackdown to gasoline cars,” as suggested by the number of Tesla Roadster renders on 3dm_automotive’s Instagram page.

Particularly interesting in the new concept video is the stunning blue color of the all-electric supercar. Unlike most renders of the vehicle, which are modeled after Tesla’s existing red prototype, the artist opted to give the supercar a color that’s a couple of shades lighter than the company’s Deep Blue Metallic option. The result is a vehicle that stands out on the street, and one that definitely draws extra attention when it’s burning some rubber.

The next-generation Tesla Roadster is a beautiful vehicle, embodying the company’s trademark all-electric design elements (such as the lack of a grill) while adopting the classic form of a mid-engine Italian-bred supercar. If the recent concept video in any indication, the next-gen Roadster does not only look good when parked; it looks pretty darn good in motion too. It won’t be surprising at all if the vehicle ends up becoming the supercar of choice for car chases in future action films.

The upcoming Tesla Roadster represents the best that Tesla has to offer. The base model of the vehicle is capable of going from 0-60 mph in 1.9 seconds, and its top speed is listed as above 250 mph. With the instant torque coming from its three electric motors, the next-gen Roadster will likely have every bit of grunt (and possibly even more) as the rendered vehicle in the concept video.

The Roadster also has an insane 10,000 Nm of torque, which Elon Musk candidly dubbed as “stupid” during the vehicle’s unveiling. Thanks to its 200 kWh battery pack, the Roadster is capable of going over 1,000 km per charge. Considering that its electric motors are expected to last a million miles, the Roadster will likely not only outrun its gasoline-powered peers; it will also be capable of outlasting them over the years.

Watch the next-gen Roadster’s rip through city streets in the video below.