Tesla rumored as next IONITY partner to augment Supercharger network

Tesla already has a formidable network of Superchargers across several countries, but if recent reports are to be believed, the California-based company’s vehicles will soon be able to charge in the ultra-high-speed IONITY network in Europe as well.

The report suggesting that Tesla is planning on becoming a partner of the IONITY network was first reported by Sueddeutsche Zeitung, a German news agency. According to the report, the American electric car maker, together with other car companies such as Volvo, Fiat-Chrysler, Jaguar-Land Rover, and PSA/Opel, as well as energy companies like France-based Engie, Italy-based Enel, and German-based E.On, are also in talks with IONITY. 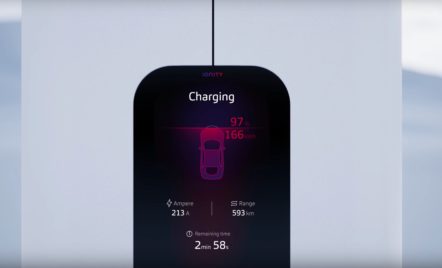 While the development of IONITY appears to be progressing well, CEO Michael Hajesch noted that there is still a lot to be done before the network can begin its full operations.

“We always want the prime location right on the highway. If we do not occupy this position, there is a high risk that a competitor will occupy it. We are only 20 weeks old and still in the start-up phase. We need 400 permits for 400 different construction sites,” Hajesch said.

Despite the challenges, however, the IONITY CEO expressed his optimism, stating that at this point, the network must definitely succeed. Hajesch even went so far as to compare IONITY’s current state to a startup, in the way that things are moving at an incredibly rapid pace.

“The dynamics are great, many things feel like a start-up. With one difference: failure is not an option,” the IONITY CEO said.

If rumors prove true and Tesla is indeed in talks with IONITY, it would herald yet another breakthrough for the Elon Musk-led company. IONITY, after all, is designed to offer as much as 350 kW of power output when charging, which is significantly higher than the 120 kW output from Tesla’s Superchargers. Thus, by partnering with the European charging network, Tesla would be augmenting its Supercharger network.

For now, however, it is pertinent to take these reports with a grain of salt, as neither Tesla nor IONITY has issued a statement confirming these rumors.

If there is one thing that would definitely be interesting, however, it would be the price that Tesla owners would be paying to use the IONITY network. Porsche’s deputy chairman of the executive board Lutz Meschke already stated that the price of charging in the ultra-high-speed network would be comparable to the cost of filling up with gasoline. This is opposite of Tesla’s business model for the Supercharger network, which is free for Model S and Model X owners.

The IONITY network is being developed by the Volkswagen Group, BMW Group, Daimler AG, and Ford Motor Company.

Tesla rumored as next IONITY partner to augment Supercharger network