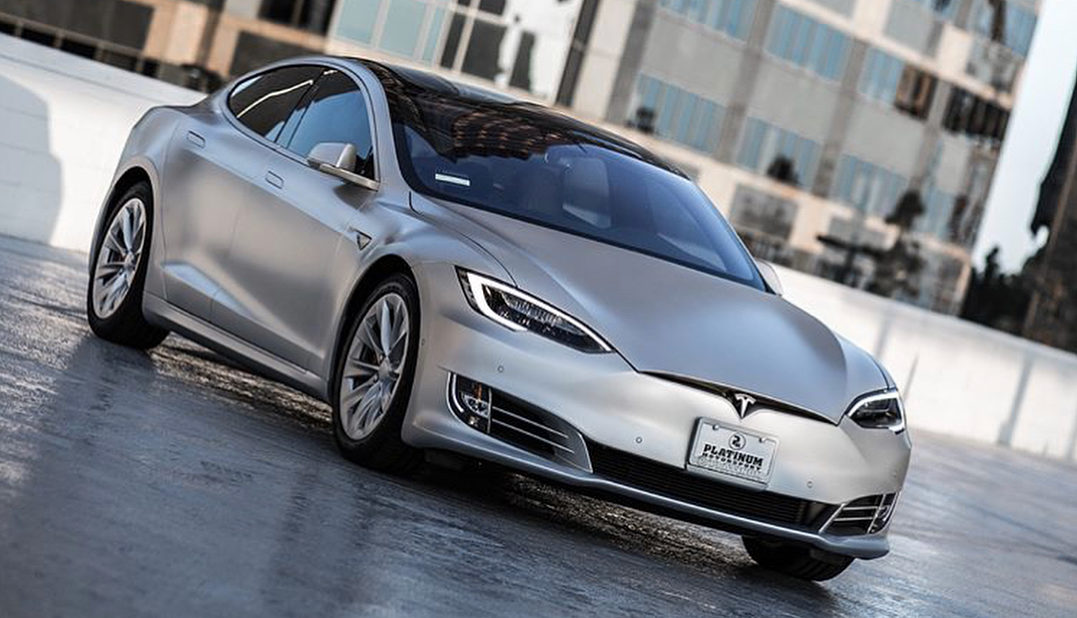 Tesla recently received a rather unexpected celebrity endorsement from rapper Kanye West. In a series of tweets this weekend, the artist gushed about his Tesla Model S P100D, saying that it is the “funnest car” he has ever driven, and raving about how he is “in the future.”

West has mostly been silent on Twitter for the past year. This weekend, however, his more than 25 million followers were treated to dozens upon dozens of tweets and updates from the rapper. In a series of tweets on Sunday, West took a particular focus on his new Tesla — a custom-painted Model S P100D — which he acquired recently. According to the artist, he really loves the electric car.

Here are West’s tweets in order. The rapper’s Tesla endorsement tweets have so far acquired a total of more than 202,000 likes on Twitter as of writing.

I really love my Tesla. I'm in the future. Thank you Elon.

I heard these are really good for the environment ?

This is the funnest car I’ve ever driven

Tesla’s electric vehicles have actually become a pretty popular choice for some of Hollywood’s elite. Over the past years, some of the entertainment industry’s most iconic stars such as Brad Pitt, Cameron Diaz, Will.I.Am, George R.R. Martin, Jay-Z, Harrison Ford, and Lionel Richie have been spotted driving their Model S around America, as noted in a HotCars report. With West recently acquiring the electric car and raving about it on Twitter, it appears like Tesla’s vehicles are quickly becoming the car of choice for some big-name celebrities.

If any, Kanye West’s Tesla endorsement on Twitter is just another notch in what appears to be his friendship with Tesla CEO Elon Musk. Back in 2011, Musk posted a photo of himself and Kanye West posing for a picture at the SpaceX factory in front of a Dragon capsule. In 2015, Musk also wrote a short bio for the rapper on TIME Magazine’s 100 Most Influential People list, citing West’s tenacity and his lack of false modesty in the music industry.

Elon Musk also incited a lot of laughs during his interview at the SXSW panel earlier this year. When asked about who inspires him, Musk responded with “Well, Kanye West, obviously.” Musk delivered his statement in a deadpan manner, inciting a considerable amount of debate in social media about whether he was being serious or not.

Overall, Kanye West’s Twitter endorsement of Tesla and his positive statements about his Model S stands to give the electric car and energy company with a breath of fresh air in the news. Tesla, after all, is facing two safety investigations and the continued insistence from some Wall Street analysts that the company would not reach its goal of producing 5,000 Model 3 by the end of the second quarter.

Quite amusingly, West’s positive statements seem to be heralding a good day for Tesla this Monday. As of writing, Tesla stocks (NASDAQ:TSLA) are up 0.85% at $292.70 per share during pre-hours trading.