Porsche Cars North America has announced that it will be building a network of 500 fast chargers in the United States ahead of the upcoming all-electric Mission E rollout in 2019.

Porsche’s Mission E sedan, an electric car comparable to the Tesla Model S, is expected to reach American dealerships sometime next year, followed by the release of the Mission E Cross Turismo in 2020. Apart from these two vehicles, the German legacy carmaker is also considering the electrification of some of its most iconic brands, such as the Macan, Panamera, and the Cayenne.

In a statement to Automotive News, Porsche Cars of North America CEO Klaus Zellmer stated that the 800-volt fast chargers are designed to address the needs of Mission E owners in the region. According to the CEO, the fast charging network will aid in alleviating any range anxiety that owners of the all-electric Porsches might feel when traveling over long distances.

“If you want to buy that car, you want to know what happens if I go skiing and go further than 300 miles. What do I do? So we need to have answers for that,” Zellmer said.

Zellmer noted further that there’s a good chance that the fast chargers will only be used by Mission E owners who travel beyond the vehicle’s 301-mile range. According to the executive, around 80-90% of Mission E owners will likely charge their cars at home or at while at work.

If there is one thing that Zellmer is certain of, however, it is that the 500 fast chargers across the United States will not be free of charge, unlike Tesla’s Supercharger network, which is free to use for owners of the Model S and Model X. The Porsche Cars North America executive further stated that there would be several payment options for Mission E owners, though nothing is finalized yet at this time.

“We are pretty certain that it’s not free of charge. It’s too early to talk about how exactly that payment process for customers will work. There are various opportunities. You could buy a package all included for the car. It could be a membership card that you use. We’re not quite there yet,” the executive said. 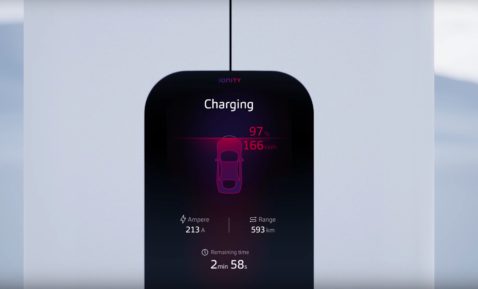 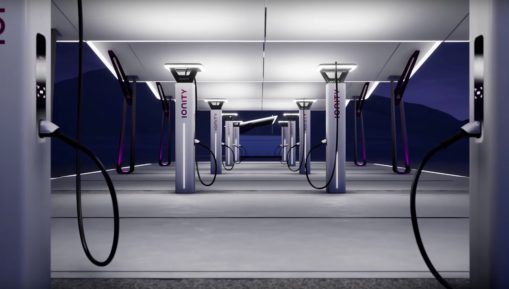 A concept of the IONITY charging network.

Zellmer also told the publication that Porsche dealers in the United States could opt to build free fast-charging stations for their customers as a means to draw more traffic. The charging time for the vehicle, after all, could be a window of opportunity to engage with customers in dealership offerings. Zellmer, however, noted that dealerships who are interested in this option would have to invest in the construction of the charging stations.

“Dealership investment is not yet finalized, but it’s not a minor cost. It certainly is six-digit numbers that our dealers will have to take,” he said.

Apart from its fast-charging network in the United States, Porsche is also taking part in the construction of the Tesla Supercharger-rivalling IONITY network in Europe. Created by the Volkswagen Group, BMW Group, Daimler AG, and the Ford Motor Company, IONITY exceeds Tesla’s 120 kW Superchargers with its estimated 350 kW output, which is expected to give the Mission E up to 248 miles of range in as little as 15 minutes.

Just like the American fast chargers, using the IONITY network will not be free of charge. According to Porsche’s deputy chairman of the executive board Lutz Meschke, the rates for the upcoming ultra-fast charging network will be comparable to the current prices of gasoline.