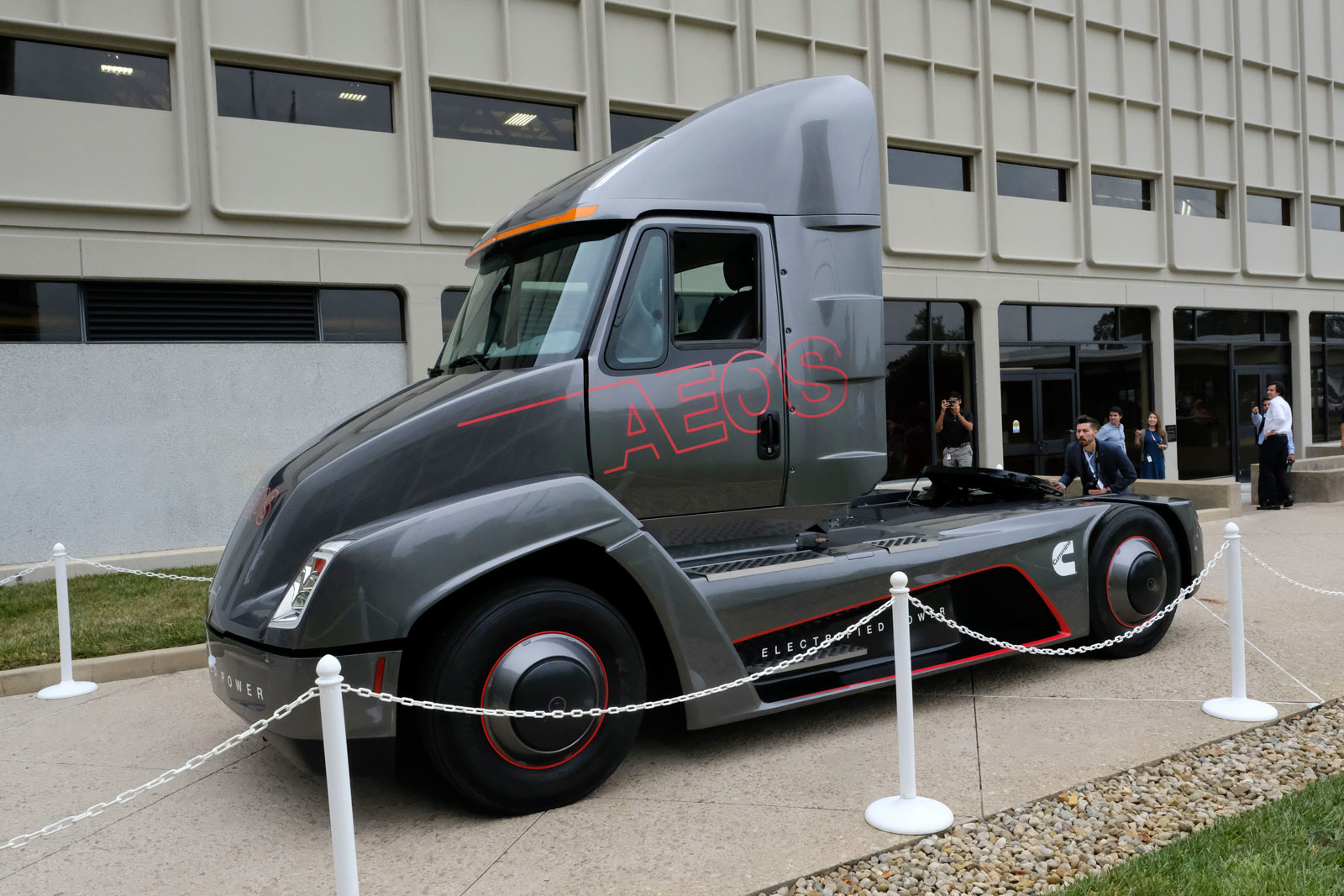 This Article first appeared on:

Less than a month away from the Tesla Semi reveal event, competitors are emerging to challenge the Elon Musk-led company on its first foray into the commercial trucking sector. After witnessing Tesla’s wildly successful entrance into the passenger vehicle space, existing players in the trucking industry have already realized the potential disruption Tesla could bring in their own backyard.

Just yesterday, Cummins, a massive $27 billion truck manufacturer, announced they have built an electric truck that they plan to mass produce in the next two years. The electric truck carries a 140 kWh battery pack and fast-charging technology. The 140 kWh pack will allow the vehicle to travel up to 100 miles on a single charge and capable of recharging to full capacity in approximately one hour. Cummins also plans to include a range extender to raise the overall range to 300 miles. Similar to Tesla who recently announced that their all-electric truck will have between 200 to 300 miles of range, Cummins is mainly targeting short-haul trucking needs.

Tesla CEO Elon Musk first shared his plans in July 2016 when he announced the company’s plans to shake the trucking industry to its roots. And it was revealed earlier this month that Tesla has begun testing “platooning” technology to increase battery range. Platooning would allow the trucks to drive autonomously and close together to reduce aerodynamic drag.

But in order for platooning to work effectively, the trucks must be able to safely navigate the dense interstates in close proximity, with little to no risk towards other vehicles. Like most things, that is easier said than done. To understand the feasibility of platooning and electric heavy duty trucks, we spoke to one of the leaders in the industry, Wrightspeed.

If Wrightspeed sounds familiar, its probably because you’ve heard of its founder, Ian Wright. Ian was one of the co-founders of Tesla in 2003 and left the company in 2005 to pursue the commercial vehicle industry. Since then, Wrightspeed has designed and manufactured several different hybrid electric powertrains for buses, garbage trucks, and delivery vehicles.

Here’s what Ian Wright had to say about Platooning and how he plans to tackle this issue.

“Why don’t you pull two of three trailers with one tractor, that would be a lot more efficient than platooning.” – Ian Wright, CEO and Founder of Wrightspeed.

While Wrightspeed isn’t ready to start producing a powertrain for a hybrid electric truck, they are looking at the market seriously. The company believes that in order to maximize savings for trucking operators, their still needs to be a range extender in trucks, at least until batteries are more dense. You can listen to the full interview with Ian Wright in Episode 2 on September 13th on the NextMobility podcast.

The first episode premieres next Wednesday.

To stay on top of the latest developments in AI and autonomous technology, with special guests from industry experts, be sure to subscribe to the NextMobility podcast available on iTunes.