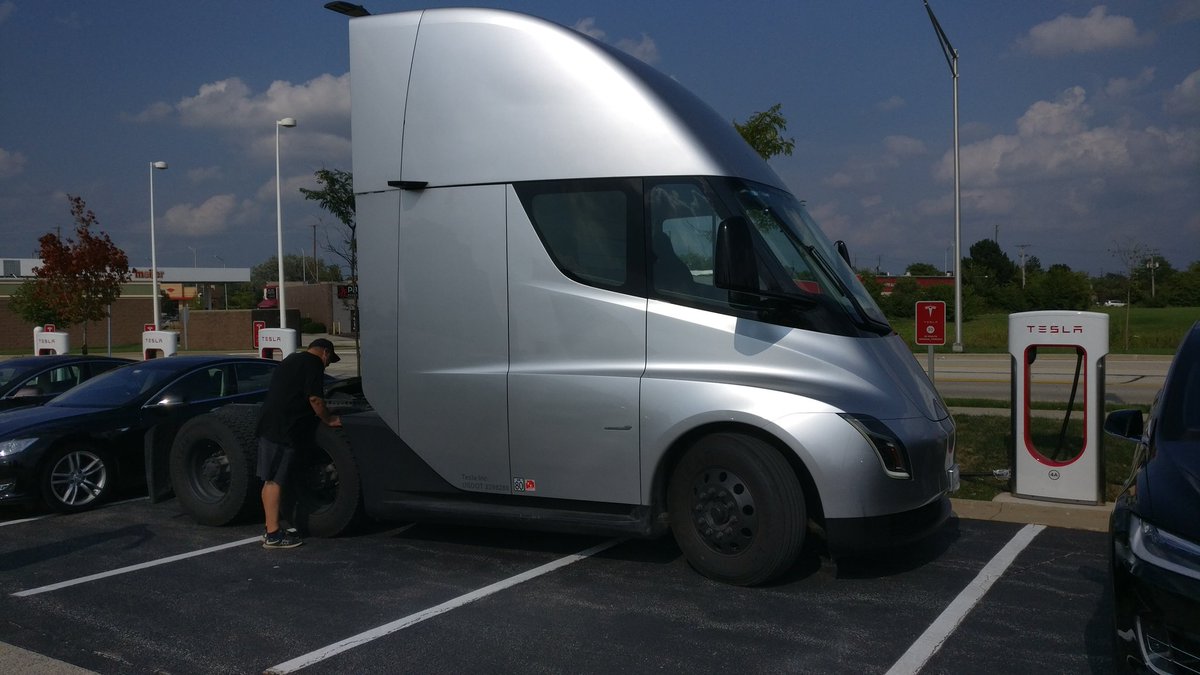 The all-electric Semi truck could very well be the most disruptive vehicle in Tesla’s lineup. Since its unveiling, the Tesla Semi has garnered reservations from some of the United States’ most prominent businesses like FedEx and PepsiCo. During the Q1 2018 earnings call back in May, Elon Musk and CTO JB Straubel noted that the company had received around 2,000 pre-orders for the vehicle.

Some of the trucking market’s veterans remain skeptical of the Semi. A spokesman for Cummins Inc., one of America’s premier engine-makers, recently stated that they do not see all-electric trucks like the Semi being viable alternatives to diesel-powered long-haulers anytime soon. Allen Schaeffer, executive director of the Diesel Technology Forum trade group, also expressed doubt on Elon Musk’s claims that the Semi would be cheaper to run and operate than its diesel-powered counterparts.

Regardless of these doubts, Tesla is pushing on with the development of the electric truck, with Elon Musk stating during the Q2 2018 earnings call that the company has made significant improvements to the Semi since it was unveiled last November. The Semi’s customers also appear to be completely on board with their adoption of the all-electric trucks. Earlier this year, it was even announced that some of the Semi’s biggest customers such as PepsiCo and Anheuser-Busch are working with Tesla to develop and install a network of in-house charging stations for the upcoming vehicle. These stations would be spaced close enough to ensure that the trucks would be able to traverse their routes without any range issues. 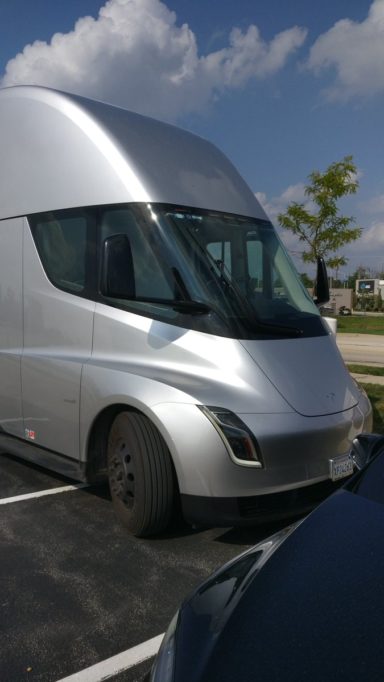 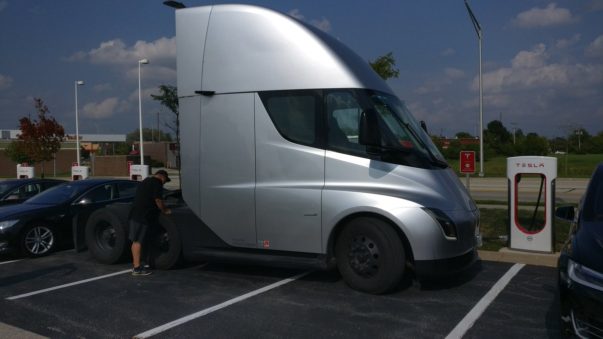 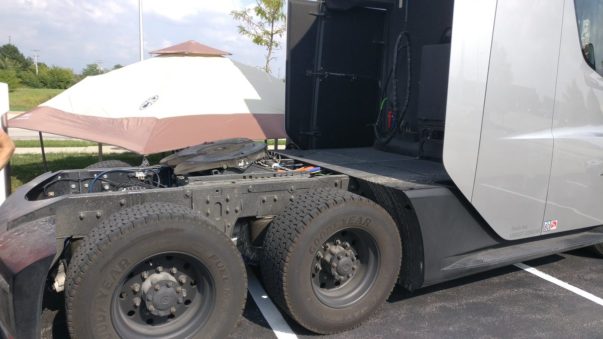 Just recently, the Semi visited yet another customer. This time, the all-electric truck traveled to trucking giant J.B. Hunt’s headquarters in Arkansas, where it was showcased to the company’s employees. Just like the truck’s visit to PepsiCo’s Texas facility earlier this year, employees of the trucking company were able to get up close and personal with the vehicle. Social media posts from individuals in attendance during the Semi’s visit show that J.B. Hunt’s employees, contrary to being skeptical of the vehicle, appear to be excited about the electric truck. Tesla critics would find it difficult to dismiss J.B. Hunt’s authority in the trucking industry as well, considering that the company has been in the transport industry for more than 50 years, and that its current fleet is comprised of over 12,000 trucks and 100,000 trailers and containers.

This strong, positive reaction from America’s premier hauling companies bodes well for the Semi. It remains to be known how many reservations Tesla currently has for the vehicle, but there’s a very good chance the pre-order list is significantly longer than 2,000 units today. That said, the anticipation surrounding the Semi might result in the release of one of Tesla’s most highly-anticipated vehicles to be expedited.

Elon Musk was present on Twitter during the weekend, and while interacting with his followers, Musk noted that the electric car company may be able to release the Tesla pickup truck earlier than expected. Initial expectations point to the Tesla Truck being released sometime after the Model Y is unveiled. Considering that the Model Y is expected to be unveiled sometime in 2019, there is a fair chance that the Tesla Truck’s official unveiling would be scheduled for 2020 at the earliest.

Elon Musk did note last year that he is thinking of making the Tesla Truck a smaller version of the Semi. This means that Tesla would likely be carrying over some of the Semi’s elements to the pickup truck. Since the Semi already shares components with the Model 3, such as its powertrain, doors, and air vent design, it seems safe to assume that Tesla is planning on using the Model 3 as a template for the pickup truck as well. This is a strategic move for Tesla, since by the time it starts producing the Semi and the Tesla Truck, everything connected to the Model 3 and its components would likely have been smoothed out by the company.

Thanks to the lessons the company learned from the Model 3, the Semi (as well as the Model Y, which is also expected to be based on the Model 3) might very well see a less troublesome rollout. If Tesla manages to pull this off, it could provide an opportunity for Tesla to bring the pickup truck to market sooner. If that happens, Elon Musk’s tweet about an earlier release for the Tesla Truck could very well prove accurate.