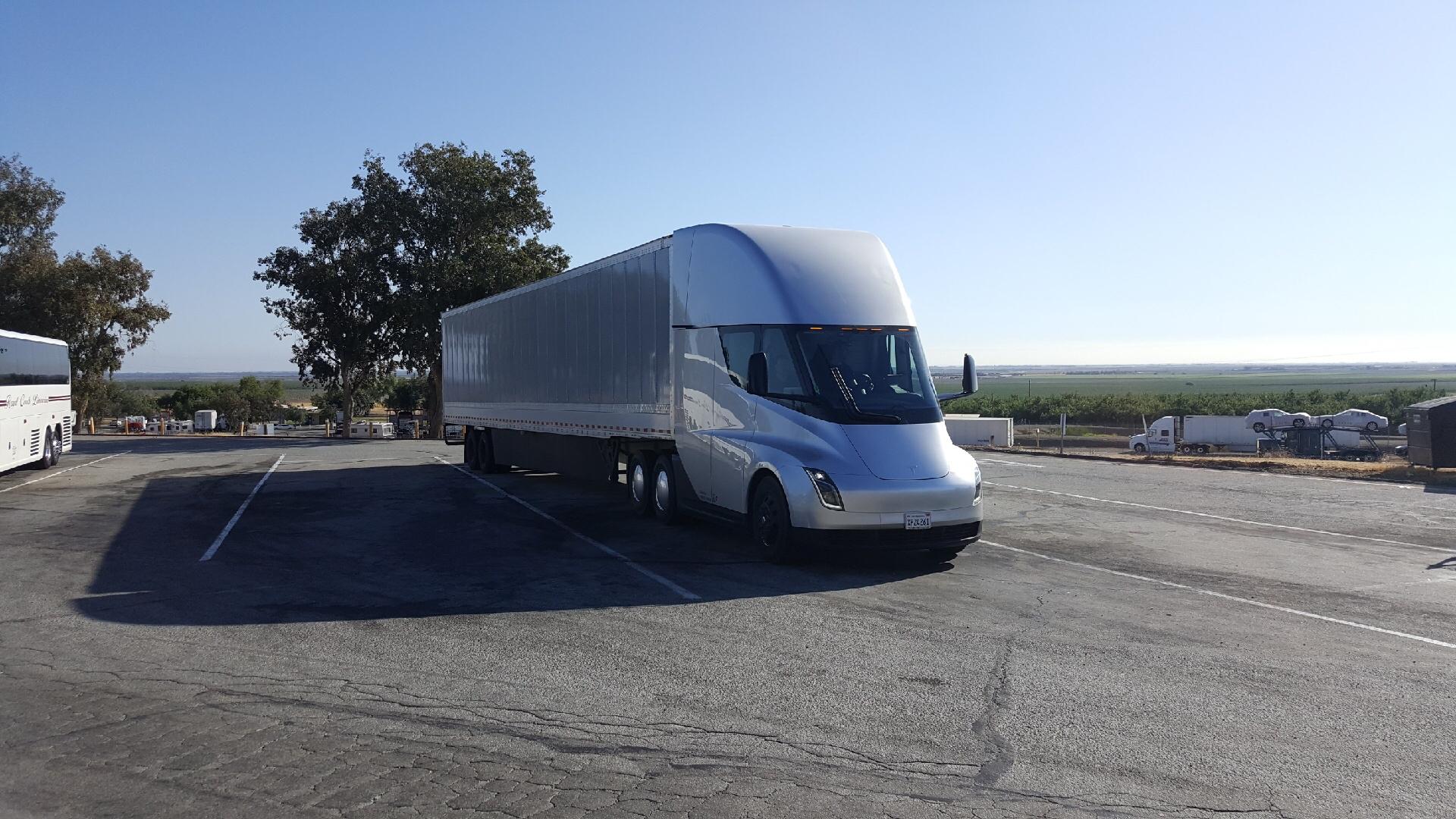 Tesla’s all-electric Semi truck continues its real-world testing, with the long-hauler recently being spotted nearly 2,000 miles away from the Fremont factory at the Catoosa, Oklahoma Supercharger station, off of Interstate 44. The electric truck’s recent sighting comes a day after the vehicle was spotted cruising in New Mexico on I-40, more than 600 miles away.

The Catoosa sighting was shared on the r/TeslaMotors subreddit by Model 3 reservation holder u/JohnFitzgeraldSnow, who was able to take a photo of the truck. The electric car enthusiast mentioned that the all-electric Semi was only using a single charging cable while it was attached to a Supercharger stall. The truck was reportedly accompanied by a group of Tesla employees as well.

The latest sightings of the Semi are yet another sign that Tesla is doing some extensive real-world testing on the electric long-hauler. Among Tesla’s vehicles, the Semi would likely be the one that would rack up miles the fastest, considering that it would be tasked to transport cargo over long distances on an everyday basis. The state of the Tesla Semi in its recent sighting is proof of this, as the vehicle was pretty much covered all over with bugs from the freeway.

The Semi is designed to disrupt the trucking industry the way the Model 3 is designed to disrupt the mainstream auto market. The specs of the Semi, particularly its 500-mile range, have caught the ire of the company’s critics. Daimler’s head of trucks Martin Daum even alleged that the Semi’s quoted specs defy the laws of physics. This was laughed off by Elon Musk during the Q1 2018 earnings call, when he stated that Tesla could make a truck with 500 miles of range even with its current battery technology.

Being the largest vehicle in Tesla’s lineup, the Semi is designed to be supported by a network of high-powered Megachargers. Elon Musk noted during the Semi’s unveiling last November that the Megachargers would be capable of replenishing 400 miles of range in as little as 30 minutes of charging. The actual specs of the Megacharger have not been announced as of date, but there is a good chance that it would be roughly ten times as powerful as Tesla’s ~120 kW Superchargers.

Since being unveiled, the Tesla Semi has received a strong, positive response from several high-profile customers. In the United States alone, companies such as UPS, FedEx, Anheuser-Busch, and PepsiCo have all placed reservations for the vehicle. To prepare for the rollout of the electric trucks on America’s roads, Tesla has started building the initial charging infrastructure for the Semi. Reports emerged earlier this year that Tesla is partnering with several of the Semi’s reservation holders to build charging stations in key locations frequently traveled by fleet operators. The stations, which would likely be the first Megachargers, will be spaced close enough together so that the Semi has enough range to complete its routes.

The Tesla Semi is expected to start production sometime in 2019, and though the company has not announced where the vehicle would be manufactured, there is a good chance that the electric long-hauler’s production would be a lot smoother. The Semi, after all, shares several components with the Model 3, such as its electric motors. Considering that Tesla has learned a lot of lessons from the ramp of the Model 3, there is a good chance that the Semi might make it to market earlier than expected.