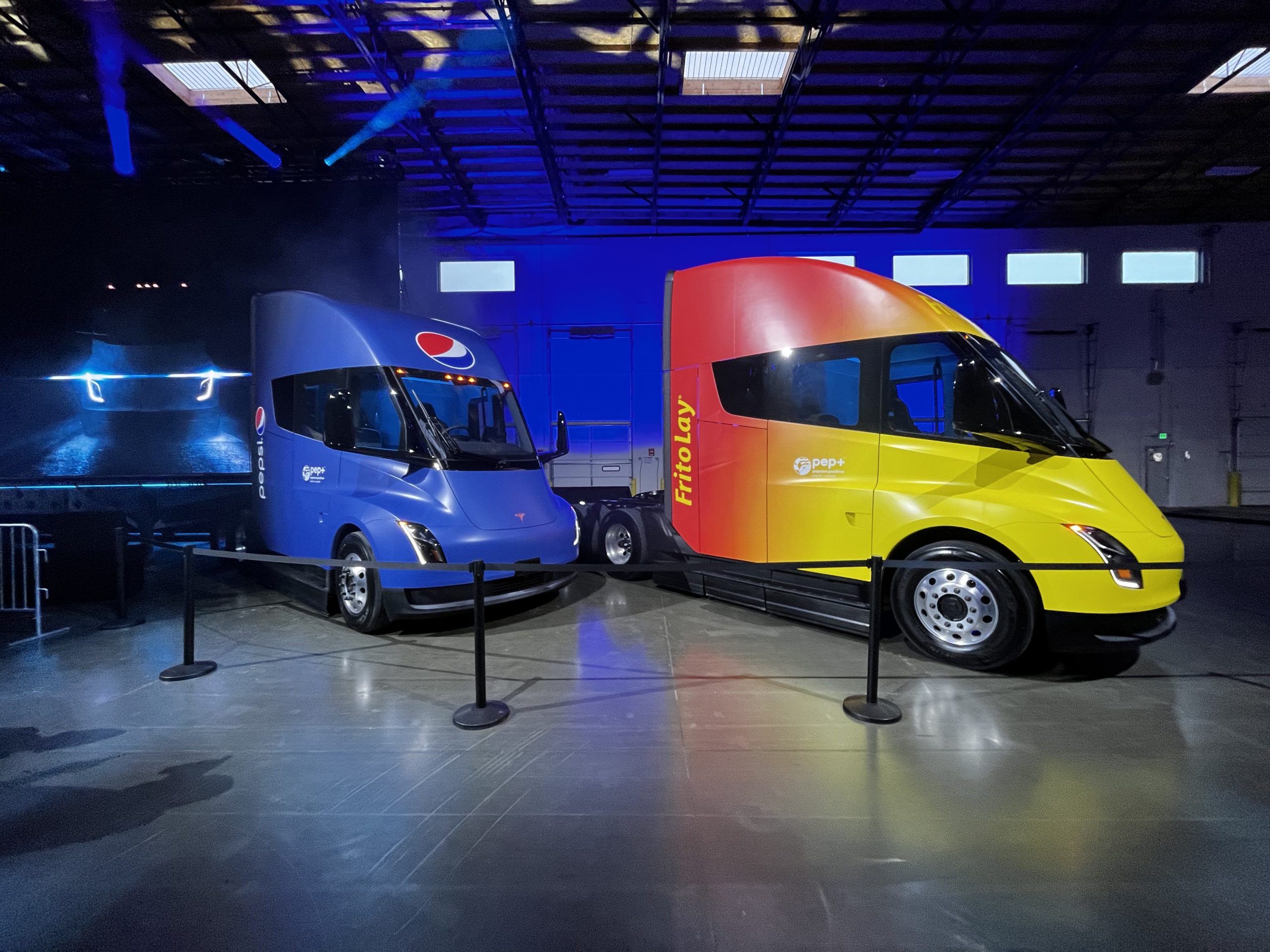 Tesla just kicked off the Semi’s first delivery event! It took some time, but the Tesla Semi is officially hitting the road.

Guests are slowly making their way throughout the event, taking photos of all the displays Tesla has prepared for them. Tesla will be using the Semi’s trailer bed as the stage of the event.

Tesla just tweeted about the event and shared the link to its livestream, signaling that it will start very soon. Now people can watch the event right on Twitter. People are already gathering in front of the stage.

ELon Musk has arrived inside a Tesla Semi.

Musk noted that the event is taking place right next to Tesla Giga Nevada where the Semi’s drive units and other parts are made. Guests were given the chance to tour the Tesla Semi production line before the event.

Why build the Tesla Semi?

Musk further explains that Tesla is producing a variety of vehicles to accomplish its main goal: to bring about the advent of sustainable energy. He noted that the Tesla Semi production was critical to the company’s mission. He explained that Class 8 trucks make up only 1% of vehicles in the United States, but contributes 20% of U.S. vehicle emissions and 36% of U.S. vehicle particulate emissions.

“At Tesla we don’t make slow cars. This thing has crazy power relative to a diesel truck,” Musk said.

The Tesla Semi: It’s a Beast

The Tesla Semi has 3x the power than other diesel trucks on the road. It has a 1000 volt powertrain, uses Tesla’s innovative heat pump system, and infotainment system as well. The Semi is essentially using the Plaid’s powertrain. It’s equipped with a tri-motor powertrain, delivering a smooth driving experience–both in terms of acceleration and deceleration. It weighs 82,000 pounds.

“I find it amazing that this enormous thing can be powered by something you can carry in your hand,” commented Elon Musk.

Regenerative braking and the Semi’s traction control make truck driving safer and more efficient. On November 25, the Tesla Semi drove 500 miles without charging during the drive. The Semi is shaped like a bullet, making it more aerodynamic.

The Tesla Semi also is built with the driver in mind. There’s a wireless charging pad for their phones, ports for their wires, plenty of space, and enough cargo space.

The company has tested the Semi throughout all kinds of weather, testing its durability. Tesla also developed a MW charger to charge the Semi which will also be used for the Cybertruck. The MW charger will be coming to the Supercharger Network.

Tesla will be using the Semi in its own factories, showing the confidence it has in the Class 8 truck. By using the trucks, Tesla will also be closing its feedback loop, which will help the company improve the Semi moving forward.

PepsiCo and the Tesla Semi

Pepsi representatives thanks Tesla, especially the people for working hard on the Semi. Pepsi also had a surprise for guests at the event, providing snacks from everyone–delivered by the Tesla Semi, of course.

And that’s a wrap. Hope you enjoyed our coverage and join us again for the next big Tesla event!