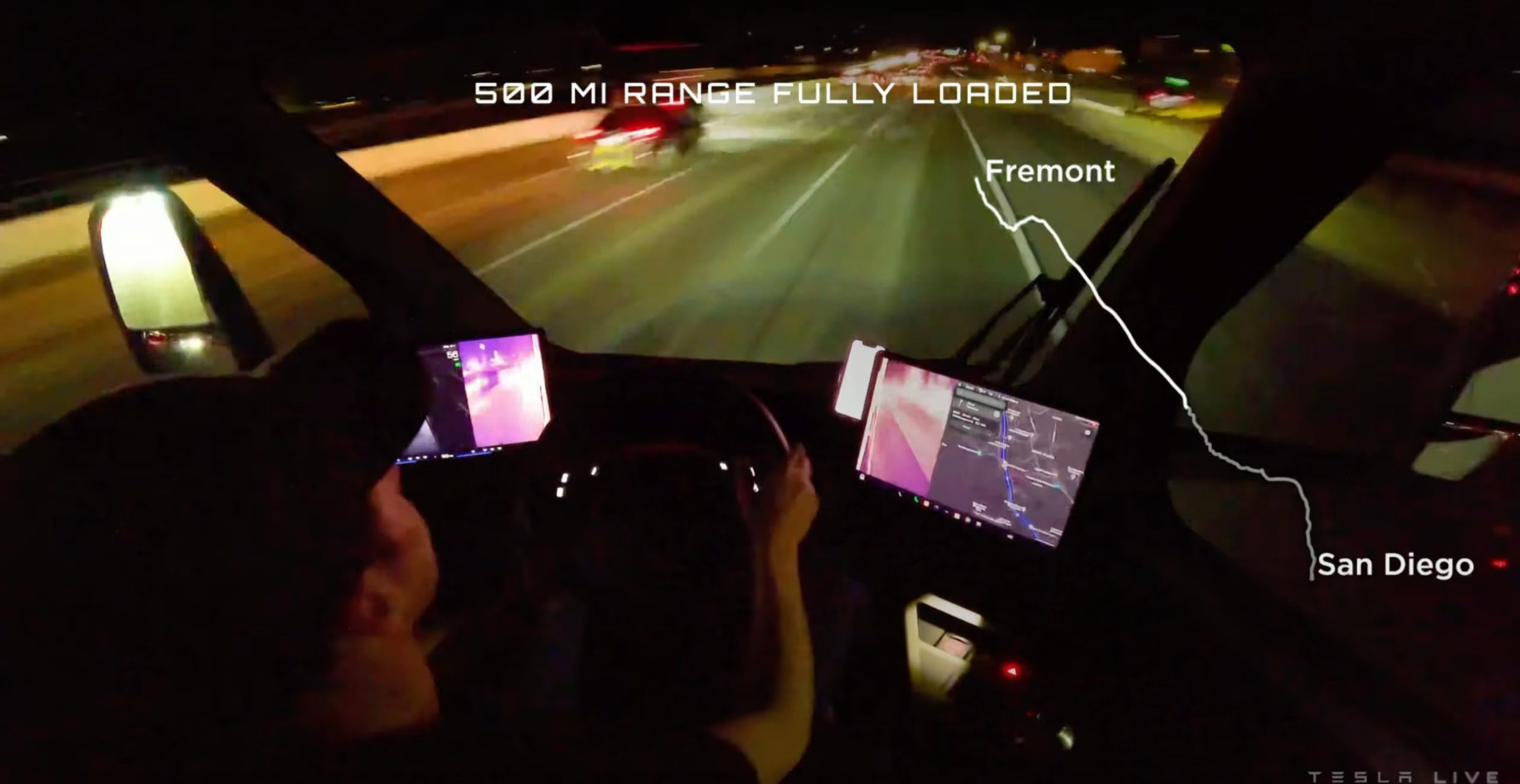 A few days ago, Tesla CEO Elon Musk noted on Twitter that the Tesla Semi had successfully completed a 500-mile trip while weighing in at 81,000 pounds. The news caught a lot of attention, but it also resulted in some debates online about whether the Class 8 all-electric truck was able to accomplish the feat with a single charge.

During the Tesla Semi’s first delivery event for PepsiCo, the electric vehicle maker highlighted that the breakthrough trip was indeed completed with a single charge. Elon Musk pledged to upload the full video of the journey on social media. But for now, Tesla shared a timelapse of the long trip between Fremont and San Diego, California.

As highlighted by Elon Musk and Dan Priestley, Sr. Manager, Semi Truck Engineering at Tesla, the 500-mile trip was accomplished without any tricks like special aero on the Semi’s part. Musk jokingly noted that Tesla could have implemented a number of tricks to make the demonstration more impressive, but it didn’t.

The 500-mile drive was a real-world test, made with a machine that’s exactly the same as the ones that were delivered to PepsiCo today. The journey was several hours long, and it also showed that the Tesla Semi was pulling a trailer full of cargo during the test. Musk and Priestley did note, however, that the Semi’s driver had to take a brief bathroom break during the long trip.

The Semi’s 500-mile, single-charge trip proves that the electric vehicle maker was not exactly insane when it announced the Class-8 all-electric truck’s specs five years ago. It should be noted that the Semi was met with a whole dose of skepticism when it was unveiled, with a Daimler Truck AG executive even commenting that the vehicle’s target specs — such as its 500-mile range — practically break the laws of physics.

Watch a timelapse of the Tesla Semi’s 500-mile, 81,000-pound, single-charge trip in the video below.