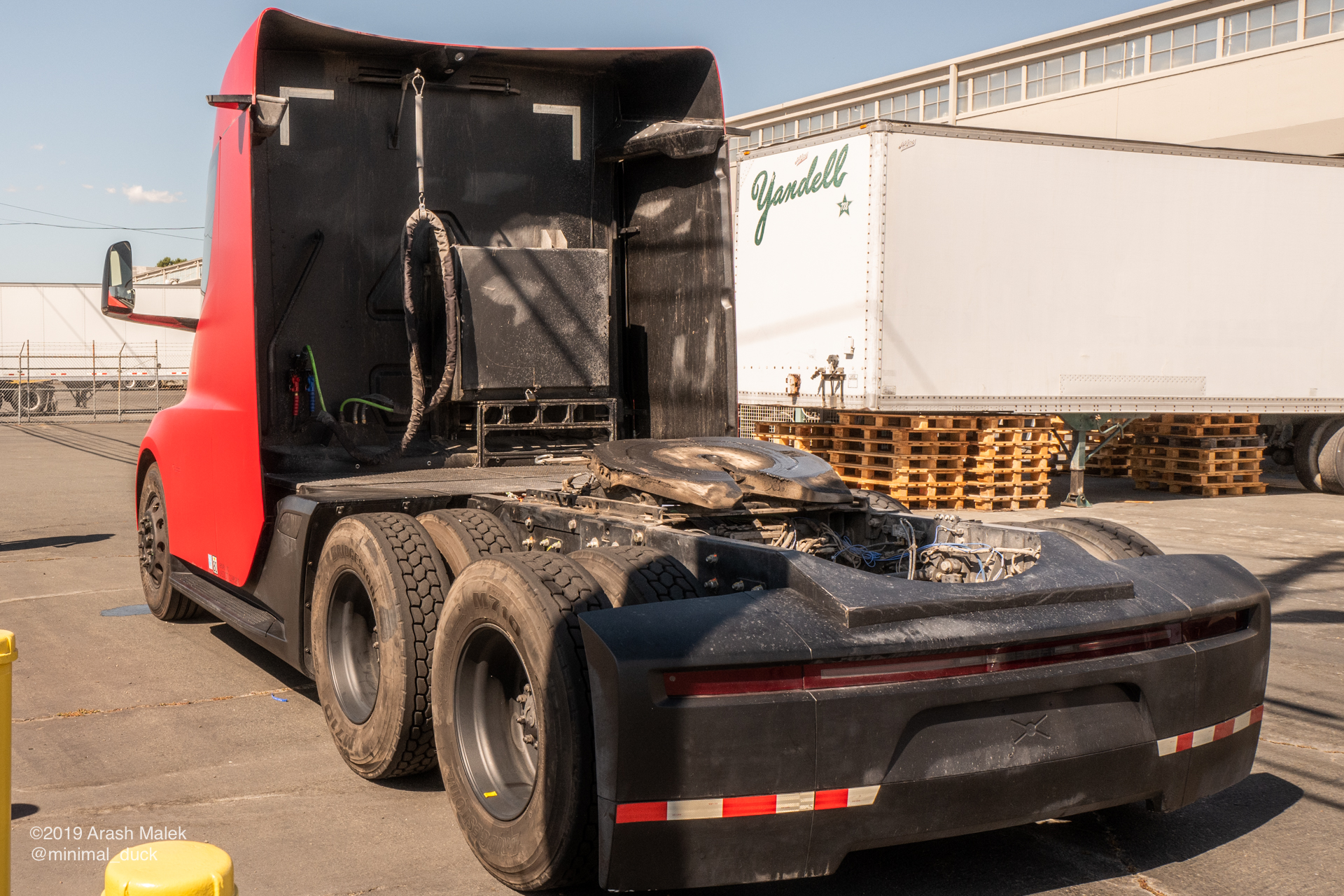 The Tesla Semi has its own fair share of critics, and even today, some notable voices such as Microsoft co-founder Bill Gates believe that the Class 8 all-electric truck is not feasible. When one looks at the currently available information about the upcoming vehicle, however, one would see that the Tesla Semi is vastly underestimated.

One of the key criticisms surrounding the Tesla Semi is its weight, which skeptics would claim is far too much to be economically viable. Tesla has not shared any specifics surrounding the Semi’s weight, though the company did note that the vehicle consumes less than 2 kWh per mile. As noted by the OBF in a YouTube video, this would translate to the Semi likely having a battery that’s roughly around 600 kWh to 1,000 kWh, depending on whether the vehicle features a 300 or 500-mile range.

Considering that Tesla’s 100 kWh batteries typically weigh around 1,300 lbs, it could then be inferred that the Semi’s battery pack would weigh around 7,800 to 13,000 lbs. This is assuming that the Semi is equipped with the same batteries that Tesla had when the Class 8 truck was unveiled. If Tesla’s 4680 cells are involved, this weight could be optimized further, considering that the company’s custom batteries are lighter and more powerful.

Traditional diesel semitrailers typically weigh around 15,000 to 25,000 lbs, which means that the Semi would likely be at a disadvantage weight-wise. To address this disadvantage, Tesla would have to ensure that the rest of the Semi is made with light and durable materials. Tesla’s extensive experience as an EV maker plays a huge part in this, as the company could use all that it has learned during the design and rollout of the Model S,3,X,Y lineup to optimize the Semi’s weight.

If Tesla’s estimates are correct and its new 4680 batteries are lighter, and if the electric car maker uses innovations such as a structural battery pack on the Semi, the weight disadvantage of the Class 8 truck against diesel rivals becomes much smaller. Couple this with the fact that the Semi’s electric motors weigh far less than a large diesel engine and the all-electric Class 8 long hauler becomes a very compelling alternative to traditional semitrailers. Even the Semi’s higher price, which is expected to start at $180,000, becomes a moot point considering that electric vehicles need far less maintenance over their lifetime.

But this is not all. The Semi also stands to benefit from Tesla’s work with its Full Self-Driving suite, whose inner-city driving features are currently being rolled out to its initial batch of testers. Features such as Navigate on Autopilot, which would be incredibly useful for operators of the Tesla Semi, have already become refined over the years, and it would likely only take a matter of time before inner-city driving reaches the same state. When it does, capabilities that are unique to the Semi, such as its Convoy Mode, would likely become a “killer feature” that would make the vehicle a no-brainer against the competition.

Watch the OBF’s take on the economics of the Tesla Semi in the video below.