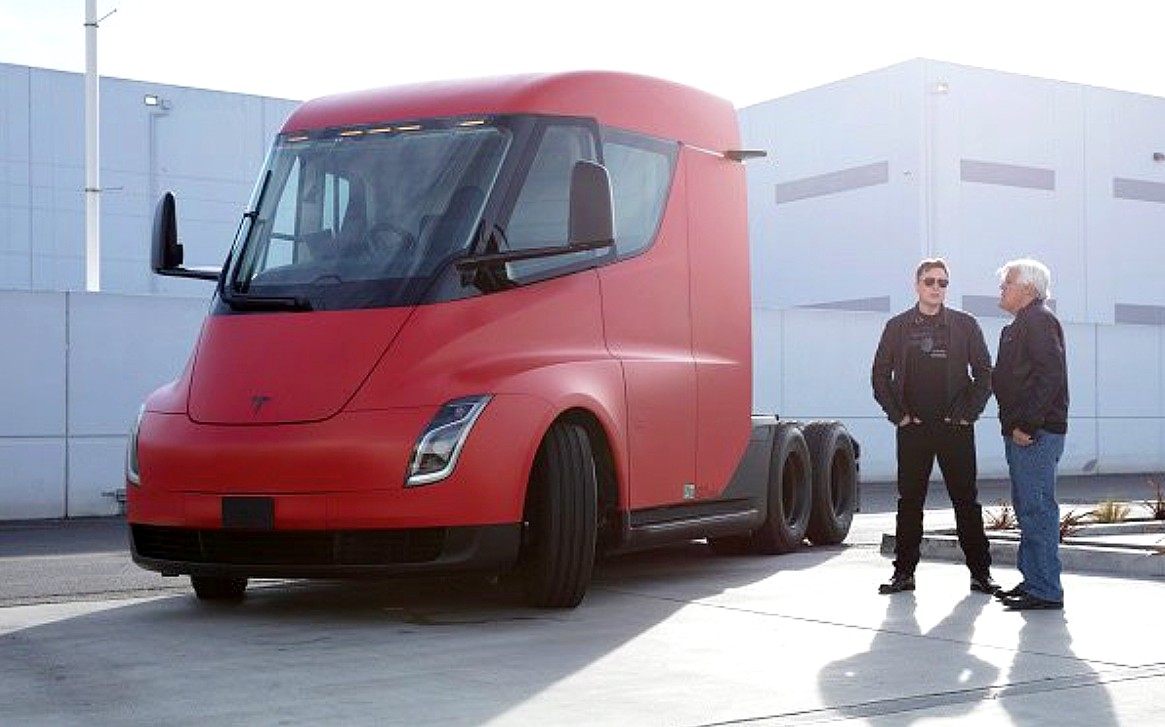 Elon Musk stands by Tesla Semi and rebuts Bill Gates’ critique: ‘He has no clue’

Earlier this month, tech visionary and Microsoft co-founder Bill Gates penned a blog post outlining his stance on the next generation of transportation. And while Gates was supportive of all-electric cars, he maintained that some types of vehicles, such as heavy-duty machinery like 18-wheelers, will never really work out if they were just powered by batteries.

Instead, Gates explained that other technologies such as cheap alternative fuels would work better for tasks like long-haul travel. The Microsoft co-founder mentioned biofuels and electrofuels as superior alternatives to battery-electric heavy-duty machines, partly due to their compatibility with the trucks that are already operating today.

“The problem is that batteries are big and heavy. The more weight you’re trying to move, the more batteries you need to power the vehicle. But the more batteries you use, the more weight you add—and the more power you need. Even with big breakthroughs in battery technology, electric vehicles will probably never be a practical solution for things like 18-wheelers, cargo ships, and passenger jets. Electricity works when you need to cover short distances, but we need a different solution for heavy, long-haul vehicles,” Gates wrote.

Elon Musk, for his part, recently shared his stance on Gates’ recent statement. When asked on Twitter about his thoughts on the Microsoft co-founder’s points about batteries and long-haul trucking, the Tesla CEO offered a quick, direct rebuttal. “He has no clue,” he wrote.

Inasmuch as Musk’s statement is direct, the Tesla CEO’s rebuttal may very well prove to be a key argument for battery-electric long-haul trucks. Tesla, after all, has been obsessively improving its battery tech over the years, and the results of all this work are expected to be discussed in the upcoming Battery Day event. The event, which will be held this September 22, 2020, is expected to feature a thorough discussion about Tesla’s next-generation battery cells, which would likely be pivotal to the release of even more impressive, breakthrough vehicles and energy products.

Tesla’s next vehicles like the Plaid Model S, Model X, Semi, and Cybertruck, for example, are all speculated to be fitted with the company’s next-generation cells. And Tesla being the way it is, there is a very good chance that the electric car maker will not stop with the technology it will unveil on Battery Day. Innovations will continue, work on more advanced cells will be done, recycling will be emphasized, and batteries will get even better over time. Elon Musk, for his part, has stated that 400 Wh/kg batteries with high cycle life and ready for mass production are potentially just 3 to 4 years away, and based on his previous statements, 400 Wh/kg is the point where all-electric flights could be made possible.

Ultimately, Musk and Gates’ opposing views on electric long-haulers like the Tesla Semi would likely be decided by the performance of the vehicle itself when it gets released. Fortunately, it appears that the market does not need to wait very long, seeing as Elon Musk has noted that the Semi is already poised to enter volume production. If the Semi gets embraced by long-haul companies due to its affordable operating cost, performance, and tech, and if its capabilities prove better than those announced in its unveiling, the vehicle could end up being a Class 8 humbling device for the Microsoft co-founder.

Elon Musk stands by Tesla Semi and rebuts Bill Gates’ critique: ‘He has no clue’