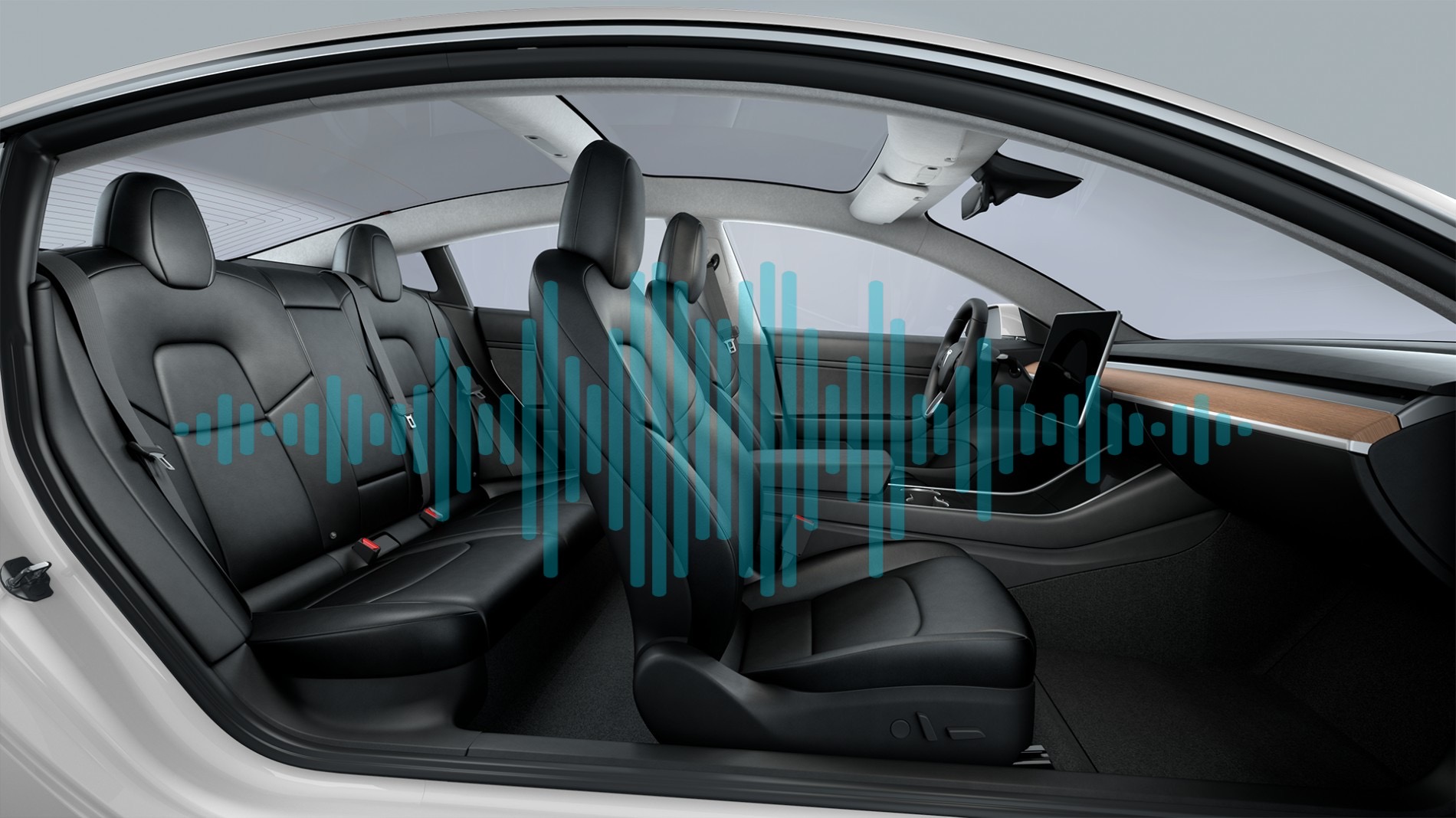 Sound might play a bigger role in the auto industry with the advent of the electric cars and the age of autonomous vehicles dawning. Tesla’s audio partner DSP Concepts (DSPC) knows a lot about sound and how big of a role it plays in everyday life. Teslarati spoke with part of the DSP Concepts team, who revealed the significance of sound in vehicles, especially as the electric car revolution starts to hit its stride.

“It turns out a car is your most complicated audio product,” said Chin Beckmann, the co-founder and CEO of DSP Concepts. Beckmann described all the ways audio and sound play a part in how people interact with their vehicles, like phone calls, voice commands, or simple in-car communication from driver to passenger and vice versa.

Engine noise cancellation is a feature that interests traditional cars owners as well. Inversely, for electric car owners, engine noise enhancements or noisemakers have become a sought after feature, particularly in the United States where it is mandatory for EVs.

Tesla probably contributed to the popularity of noisemakers in vehicles with its recently-released Boombox feature, which allows drivers to play sounds through an external speaker. Funnily enough, EV owners seeking to increase the noise coming out of their vehicles, may also be looking for ways to decrease the sounds coming into their cars.

Dr. Beckmann clarified, however, that some hardware needs to be integrated into the vehicle for the Bose QuietComfort RNC to work.

“The way the RNC works is it uses microphones inside the car to listen. It’s kind of like those active noise cancelling headphones. The headphones have microphones close by your ears. So [for] the retrofit, you’d have to put microphones, maybe, by the headrest or somewhere close to your ears,” he shared with Teslarati.

Dru Wynings, Sr. Director of Marketing at DSP Concepts, added that some sensors would probably be needed in the car’s chassis as well. He also talked about the complexities of bringing Bose’s QuietComfort RNC to vehicles.

“There’s a huge hardware component to it in terms of how much computation is needed, in terms of what their audio sound system is…all of that could take a toll. So, [automakers are] planning on what could actually fit on this specific chip to run this software,” said Wynings.

DSP Concepts did not reveal any details about Bose RNC coming to Tesla vehicles. There’s really no telling what features Tesla will roll out to its vehicles at the end of the day.

However, the possibility is very high. It isn’t too far-fetched to think that Tesla might have already equipped its vehicles with the necessary hardware for features like Bose’s QuietComfort RNC, especially considering the upcoming release of the much-anticipated Model S and Model X refresh. The company already did something similar with its in-cabin camera. The hardware for the camera feature was equipped well before it was enabled via an OTA software update.

Road noise cancellation seems like a premium feature that could be available for Tesla’s top-tier vehicles, like the Model S and Model X. Or Tesla may roll out the Bose RNC feature to its entire fleet in a later update. After all, the Model 3 just had a refresh as well.

Aside from Tesla, DSP Concepts works with an array of automakers in the industry, both old and new companies. The company’s main goal is to bring audio engineering into the 21st century with the help of Audio Weaver.

When it comes to the auto industry, DSPC seems very aware of how audio in cars will evolve as autonomy enters the industry. It has become evident that car companies, both legacy and startups, have started producing more tech-savvy vehicles.

Tesla vehicles might be the most tech-savvy cars on the market. The EV manufacturer’s cars incorporate technology that people might look for in their vehicles now, like Netflix, Spotify, or even Caraoke. Yes, these features might not be necessary, but the same argument could be made for phones, laptops, or other devices.

People can do much more than call others with their phones now. They can watch their favorite shows, listen to music, search the internet and much, much more.  People seem to want their tech to be well-rounded, so why not their vehicles?

With autonomy in the picture, features like Tesla Theater or Tesla Arcade will be more utilized and with that comes the significance of sound. DSP Concepts understands that people might start looking for better sound quality in their autonomous vehicles as more entertainment options are offered by car companies.