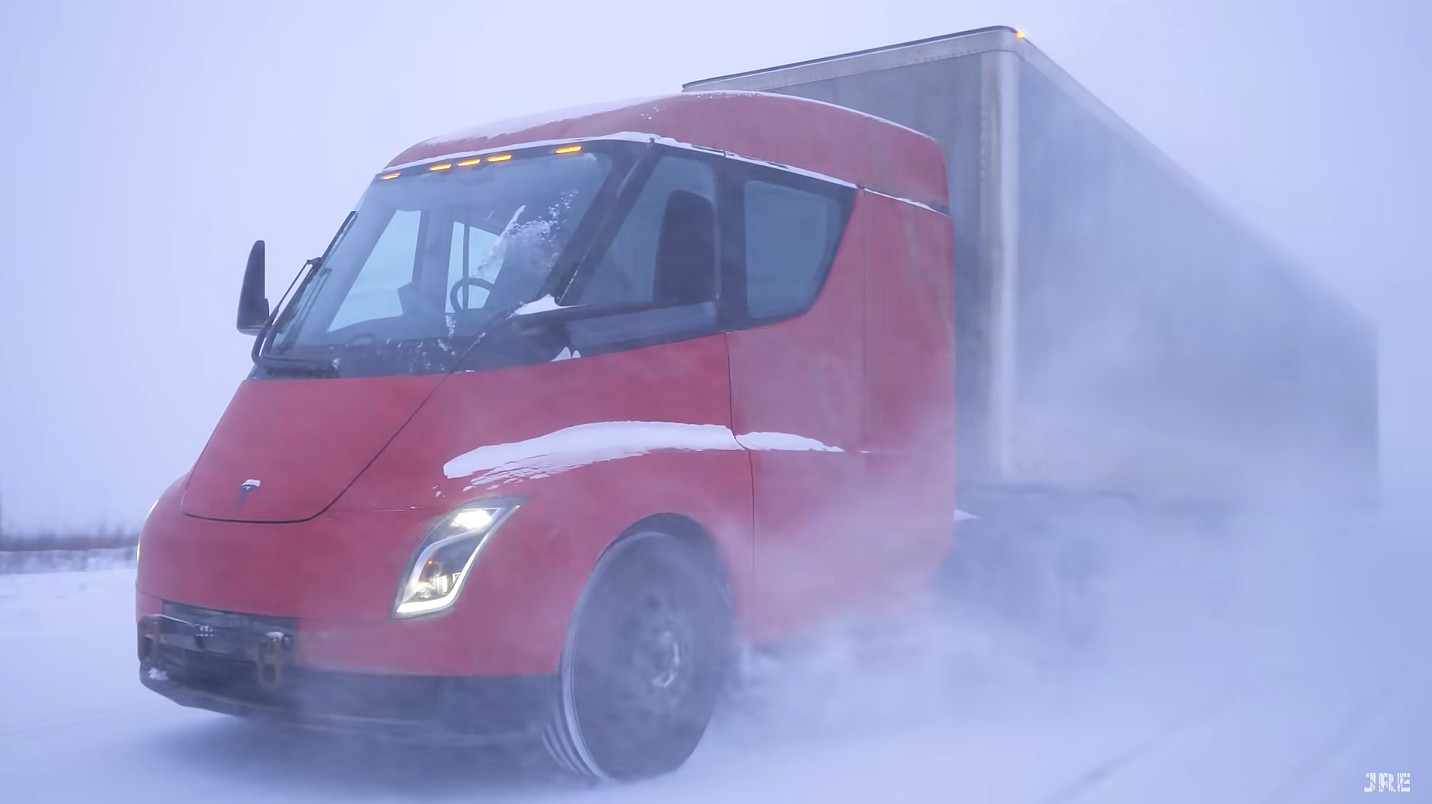 Walmart Canada has announced that it is more than tripling its orders for the Tesla Semi, with the company now reserving a total of 130 units of the upcoming all-electric trucks. The update comes on the heels of Walmart’s announcement about its global goal to hit zero emissions by 2040, which were outlined at Climate Week earlier this month.

The company’s 130 Tesla Semi reservations currently stand as one of the largest orders of electrified long-haulers in Canada. Zero-emissions vehicles play a huge part in the company’s sustainability goals, with Walmart Canada looking to convert 20% of its existing fleet to electric power by the end of 2022. This is a key step towards the company’s broader goal of using 100% alternative power for its fleet by 2028.

In a press release, John Bayliss, Senior Vice-president, Logistics and Supply Chain, Walmart Canada, noted that the updated Tesla Semi order forms a part of the retail chain’s efforts to innovate and highlight sustainability. Bayliss also highlighted the advantages brought about by vehicles such as the Semi, especially when it comes to safety and innovation.

“Tripling our reservation of Tesla Semi trucks is part of our ongoing effort to innovate the business and prioritize sustainability. By converting 20% of our fleet to electric vehicles by the end of 2022 and committing to alternative power for all fleet vehicles by 2028, we are putting safety, innovation, and sustainability at the forefront of our logistics network,” he said.

These points were explained further by Walmart Canada Vice President of Transportation Francis Lalonde, who cited the Semi’s safety features and advanced equipment as key reasons behind the company’s updated order for the all-electric long-haulers. These advantages include the Semi’s low operational costs, the vehicle’s 500-mile range, its performance, and its robust camera system that should help keep drivers safe on the road, to name a few.

“We are tremendously excited to equip our drivers with this next-generation equipment. The safety and smart elements in the design are at the heart of our smart transportation ambition which will use technology and data to lower our operating costs and improve safety for associates,” Lalonde said.

Interestingly enough, the Tesla Semi’s 500-mile range seems to be a perfect fit for Walmart Canada’s general operations, as the company’s transport needs mainly involve single-day round trips. This is perfect for the Tesla Semi, as the all-electric truck would likely be able to complete tasks for the retailer without requiring charging. Apart from this, the Semi’s Autopilot features were also cited by Walmart Canada as a potential way to keep its drivers safe.