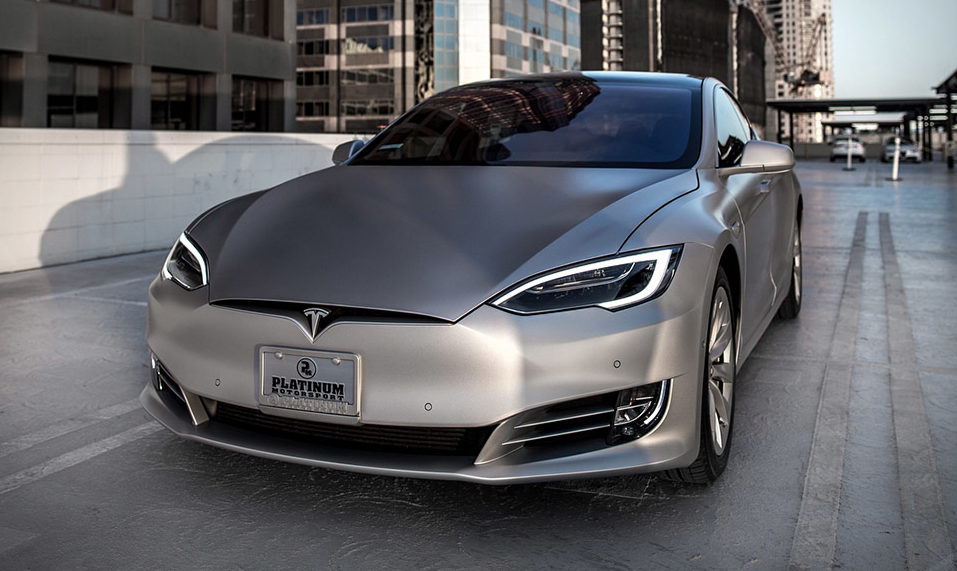 The first rough beta version of Tesla’s Sentry Mode is arriving in 2 to 3 weeks, according to CEO Elon Musk. The upcoming security feature that’s expected to add 360-degree video recording capabilities to all Tesla Model S, Model X, and Model 3 vehicles equipped with Autopilot 2.5 hardware, comes in response to owners looking for better methods to protect their cars from vandalism and break-ins.

Tesla owner Andy Sutton took to Twitter to contact Musk and share a photo of his red Model 3 with a large dent in the door. “Found this monster dent this morning, right in front of the rear facing cameras. Really wish there was 360 dash cam feature while parked.” Musk took notice and acknowledged that a Sentry Mode was ‘coming soon’ and would seemingly address the issue.

Now, three days later, the Tesla CEO has confirmed timing for the first version of its upcoming vehicle surveillance feature. Tesla owners, including employees, who have been selected to participate in the company’s private beta testing program will be the first to receive the upcoming over-the-air software update.

Sentry Mode, a nod to Iron Man‘s redundant defense mechanism for JARVIS, is presumed to extend upon Tesla’s built-in dash cam system and leverage eight surrounding cameras for video recording versus one. The electric carmaker introduced the first iteration of the Tesla Dashcam feature in September 2018 when it began to roll out the highly-anticipated Version 9.0 software update. The Dashcam feature enabled Model S, Model X, and Model 3 with updated Autopilot hardware to record video clips that were captured through the vehicle’s forward-facing camera.

As Musk pointed out in the past, the first version of Tesla Dashcam was added into Version 9.0 because Tesla engineering rallied to roll out the feature, but would be followed by improvements in Version 9.1 – thus paving the for features like Tesla Sentry Mode.

Are you a Tesla Beta tester? DM us @Teslarati.