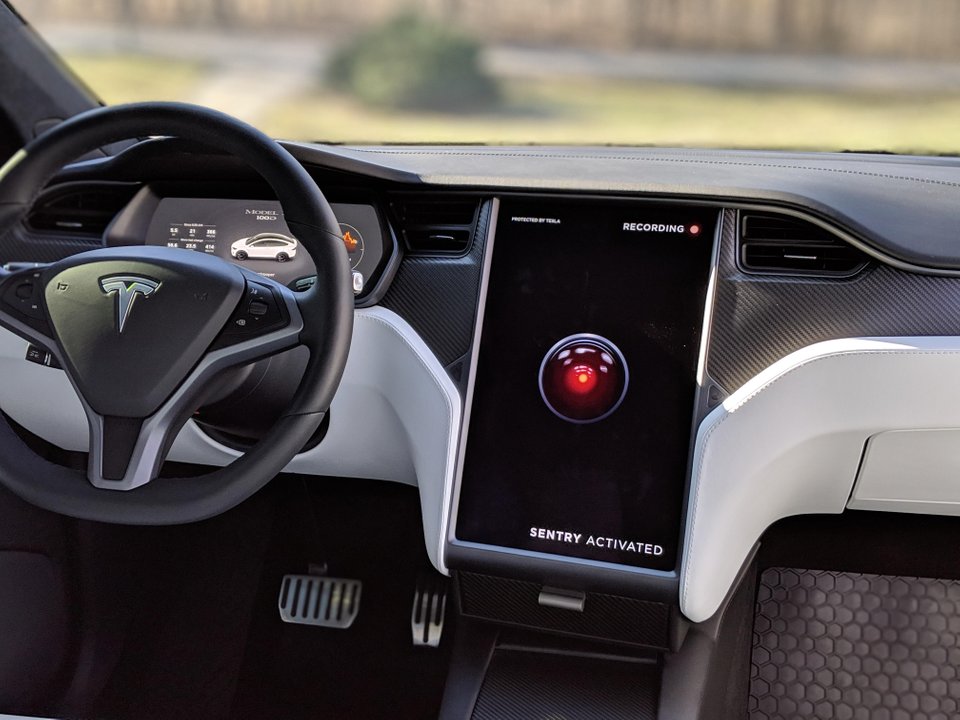 Tesla’s Sentry Mode has finally arrived for Model X and Model S owners under version 2019.8.3. The all-electric car maker’s latest security offering was released first for Model 3 vehicles, and an image posted by Model X owner u/frank_datank_ on Reddit confirms the feature has been expanded to the all-electric SUV.

Sentry Mode was recently launched by Tesla via over-the-air updates to improve and complement the existing security features and options for its vehicles such as GPS tracking and the Enhanced Anti-Theft Device cabin motion sensor. When activated, the owner is alerted via the Tesla mobile app, video footage is recorded, and in the event of an intrusion, full-volume music is played to attract attention to the car.

A picture of the Model X Sentry Mode display can be seen below. The only difference apparent between the it and the Model 3 version is that the driver’s display is also turned on along with the center touchscreen, something likely to be corrected in future software updates.

Sentry Mode is a robust security system utilizing Tesla vehicles’ suite of sensors, lights, and speakers to not only provide enhanced vehicle safety, but to address the serious issue of targeted break-ins. A rise in theft reports by Tesla owners over the last year led to the suspicion that the vehicles were being selected due to the highly valuable content left inside, especially in the San Francisco Bay Area. The California-manufactured electric cars had a particular weak spot enticing the activity — the rear quarter window — which eventually led to the launch of Sentry Mode.

The serious nature of Tesla’s latest security feature was still significantly influenced by the company’s fun-loving CEO Elon Musk. As an avid science fiction and pop culture fan, Musk had a HAL-9000 Easter Egg included as part of Sentry Mode’s functionality in tribute to the villainous artificial intelligence system featured in the movie 2001: A Space Odyssey. When Sentry Mode is turned on, the Tesla center touchscreen displays the famed computer, complete with its ominous red “eye.”

Additionally, the decision for Sentry Mode to play Bach’s Toccata and Fugue in D Minor at full volume after detecting an intrusion is also keeping with Musk’s goal of making Tesla’s “the most fun thing (people) could possibly ever buy.” Both Sentry Mode and its alarm’s musical selection were announced by Musk via Twitter.

Sentry Mode’s arrival in the Model X and Model S is a welcome one even if its theft events aren’t as common as Tesla’s sedans. The feature additionally helps identify and mitigate other security issues such as hit and run incidents. Once a vehicle enters the “Alarm” state following event detection, owners receive an alert from their Tesla mobile app after which a video beginning 10 minutes prior to the event can be downloaded. Tesla also rolled out the ability to send Sentry Mode’s footage to company servers for temporary backup, ensuring video capture even if thieves manage to remove the external USB used to save footage during a robbery.

Here’s a video of Sentry Mode for the Model S and Model X.