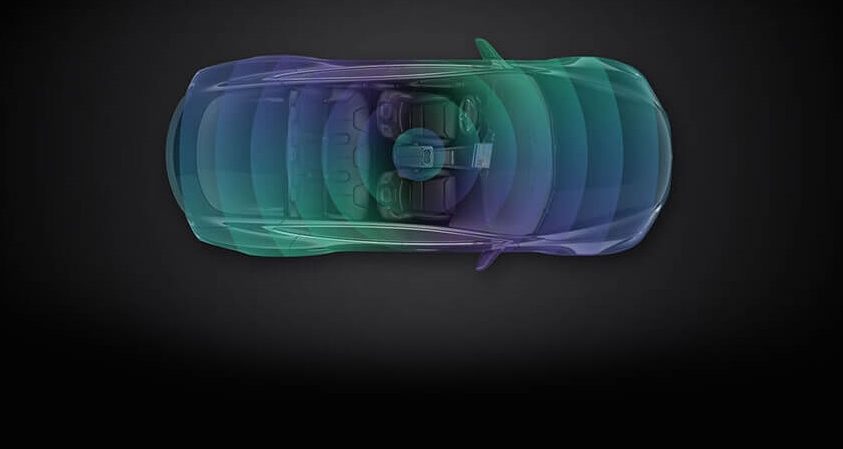 In a bid to further increase the security of Tesla’s flagship Model S and Model X vehicles, the California-based electric carmaker has added an Enhanced Anti-Theft device that monitors movement inside a vehicle cabin, while locked, to its online store. The security enhancement is comprised of a sensor assembly and two window decals are being sold for $350. Buyers have a choice between a matching dark or light headliner color, and headliners in light textile.

The item’s description on the Tesla Shop reads as follows:

Increase your vehicle’s protection with active sensor technology designed to detect motion inside the cabin as well as sense if the vehicle is moved or tilted. It will warn against potential theft with an audible alarm.

Tesla Model S and Model X owners that purchase the new Enhanced Anti-Theft product will be contacted by their local service center for an install appointment. It should be noted, though, that the sensor is not compatible with vehicles built before September 16, 2015. No additional details are provided to indicate what determined this limitation, especially considering that Hardware 2 was rolled out roughly a year later.

The short functionality description of the device provided appears to mirror an enhanced, optional security feature available in the European Model S described as a “Tilt/Intrusion” setting in the Owner’s Manual. The Tesla Shop does not indicate whether the feature is included or offered elsewhere, though the description of “Tilt/Intrusion” safety features for the European market also involve motion detection inside the cabin.

“If Model S is equipped with the optional security package, it includes a battery-backed siren. If the Tilt/Intrusion setting is on, this siren sounds when Model S detects motion inside the cabin or if it is raised (for example, with a tow truck or jack) when doors are locked and a recognized key is not detected. To turn the tilt and intrusion detection system on or off, touch Controls > Settings > Safety & Security > Tilt/Intrusion.”

Tesla has been raising the bar with its vehicles’ safety features. Last August, for example, Tesla started rolling out “PIN to Drive” through an over-the-air software update. With the feature enabled, drivers are required to key in a PIN code on their cars’ center display before operating the vehicle. In the same update, Tesla also rolled out “cryptography” improvements to the key fob, adding an extra layer of protection against theft attempts.

The company has also rolled out updates to its “bug bounty” program, which rewards security researchers who discover vulnerabilities in the company’s products and online services. In its most recent update, Tesla raised the maximum payout to $15,000 for product or vehicle-related vulnerabilities, while also inviting researchers to look for loopholes and security weaknesses on its battery storage systems. Just like previous iterations of its bug bounty program, Tesla notes that owners who hack into their vehicles are in no danger of voiding their warranties, provided that the hacking is conducted within the company’s set parameters.