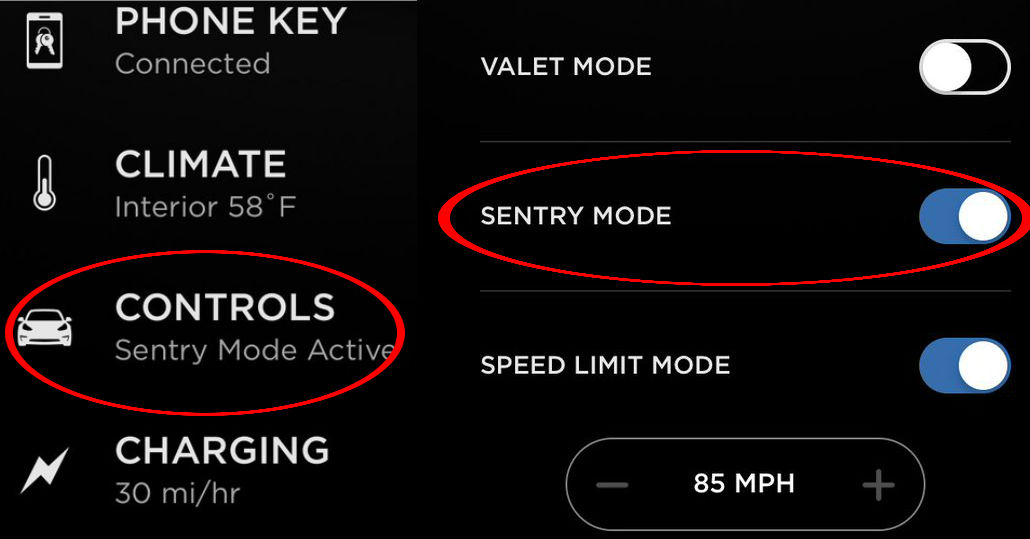 Tesla has refined Sentry Mode further, giving the new security feature better integration with the mobile app and adding an option to have videos sent to the company for temporary backup. With these features now included, it would likely be only a matter of time before Tesla starts the wide rollout of Sentry Mode.

Reports of Sentry Mode’s new improvements were recently reported by members of the Tesla community. As could be seen in social media uploads from a number of Model 3 owners who received the recent 3.8.2 update for the Tesla mobile app, the main screen now indicates Sentry Mode’s status. A button that allows users to toggle the security feature on and off remotely has also been introduced to the mobile app. Ultimately, these updates make using Sentry Mode a lot more convenient for owners of the company’s vehicles.

Make sure you update your Tesla app to 3.8.2 to remotely toggle sentry mode on/off from your phone! pic.twitter.com/XHgT4F2mEM

Apart from Sentry Mode’s integration with the mobile app, the electric car maker has also included a feature that allows footage captured by the vehicles’ external cameras to be uploaded to Tesla for backup. This particular feature makes Sentry Mode even more effective, as it protects owners against thieves who are knowledgeable enough to remove the USB drive from the vehicle during a break-in. Tesla explains this additional capability in its release notes.

“Sentry Model will send recorded footage to Tesla for temporary backup and feature improvement. You can enable or disable this collection any time via the DATA SHARING video clip setting in Controls > Settings > Safety & Security. Please refer to your Owner’s Manual for more information.”

“If you agree to allow us to connect video clips, Sentry Mode will send recorded video clips linked to your VIN to Tesla for temporary backup. We may also use this footage to help enhance detection for Sentry Mode. Please refer to your Owner’s Manual for more information.”

It should be noted that these recent improvements to Sentry Mode highlight Tesla’s constant efforts at optimizing and improving features that are conveniently introduced through a free over-the-air update. This is among the reasons why Tesla’s vehicles are different from conventional automobiles, as the company’s electric cars only get more features and capabilities over time.

Since introducing Sentry Mode to an initial batch of Model 3 owners earlier this month, Tesla has pushed to refine the security feature’s capabilities. Model 3 owner and YouTube influencer Tesla Raj, for example, has noted that following Sentry Mode’s initial release, Tesla has improved the consistency of the system’s alarms, and made the feature better integrated with the recently-introduced Dog Mode.