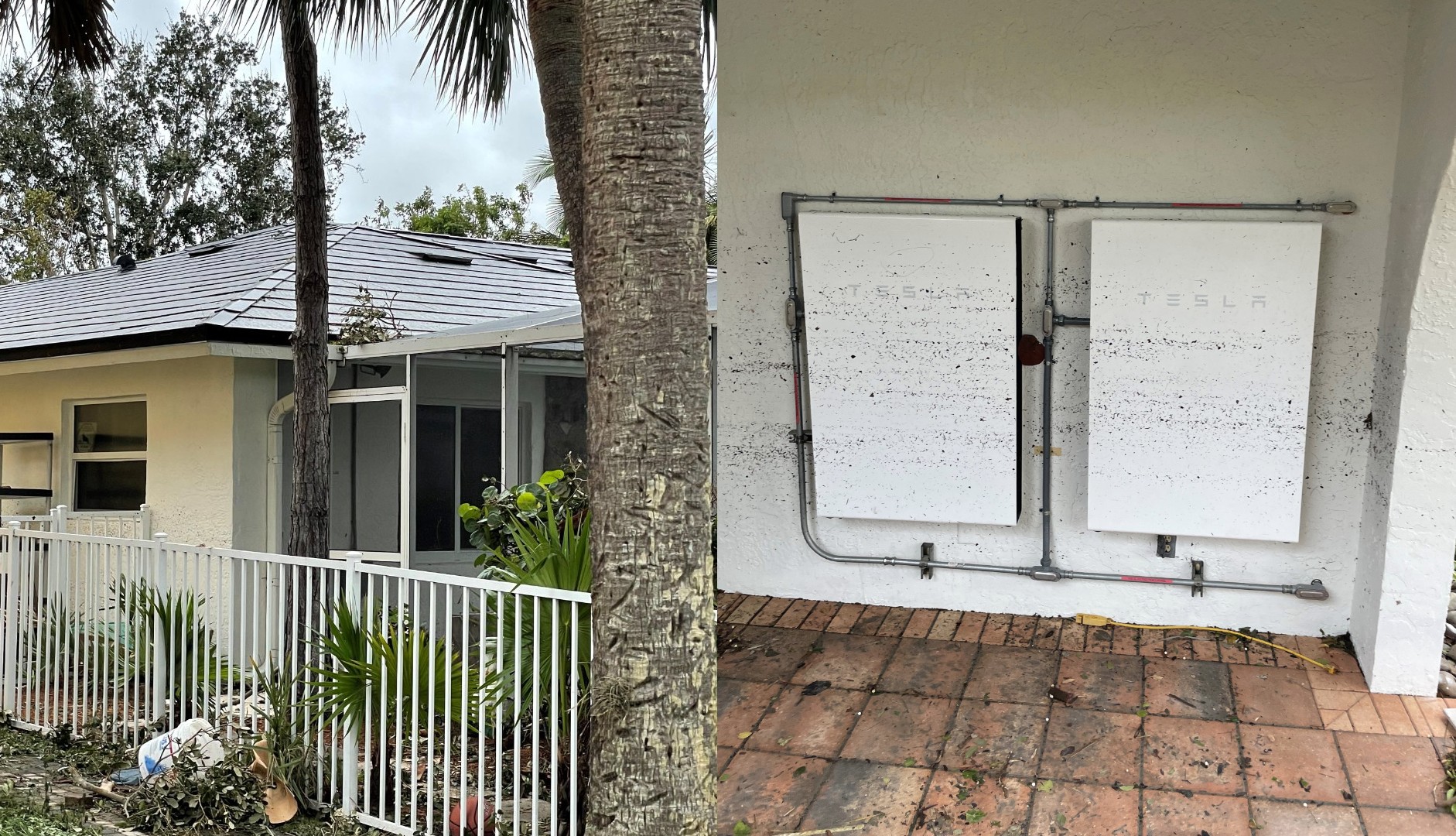 Tesla products like the company’s electric vehicles are not just known for their sleek looks and bleeding-edge tech — they are also known for their durability. This is one of the reasons why Tesla’s cars like the Model 3 and Model Y have protected occupants from otherwise serious accidents for years.

But if recent photos of the aftermath of Hurricane Ian are any indication, it appears that Tesla’s Energy products like the Solar Roof and Powerwall are built with the exact same specifications. This was hinted at recently in a social media post from Florida-based Kelly Roofing, one of the top roofing contractors in the market.

The home’s Powerwall batteries were still working perfectly after the hurricane as well. This is impressive on its own, but it is an even more stellar feat when one considers that the battery storage units were underwater for hours. While Powerwall batteries are waterproof, the fact that they still worked after being underwater during a major storm is impressive nonetheless.

Tesla’s Powerwall battery units have generally been kept in the background as the company’s electric vehicles took center stage, but they are steadily becoming more and more recognized. Amidst the California Virtual Power Plant tests, for example, some Powerwall owners noted that they made enough to cover their monthly battery payments after just a week of VPP events.

Recent reports have also suggested that Gigafactory Nevada is hitting its stride in its Powerwall production. Tesla Site Leader Eric Montgomery, during a meeting with employees, reportedly noted that Gigafactory Nevada’s Powerwall production is exceeding 6,500 per week. That’s a substantial improvement from Q2 2022, when the facility reportedly produced 37,600 Powerwalls during the quarter.