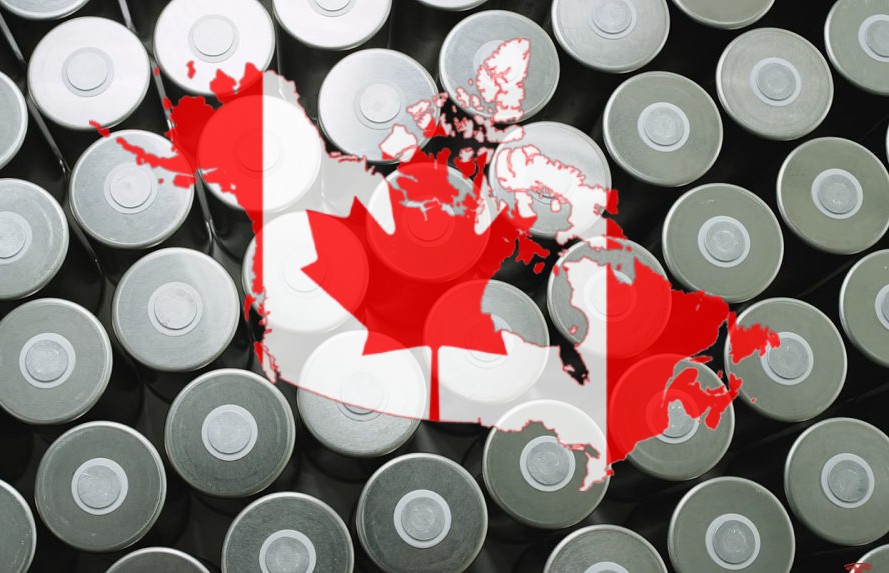 Canada’s federal government is trying to convince Canadian pensions to finance construction of a dozen EV battery plants in the country. The financial plan aims to build electric vehicle battery production facilities as Canada seeks to become a “supplier of choice” for EV automakers.

“I think we can be creative in financing these assets and providing stable returns to these pension funds and at the same time ensuring access to these critical minerals in a jurisdiction of choice,” said Champagne.

As per the Financial Post, Michel Leduc—the Sr. Managing Director and Global Head of Public Affairs at the Canada Pension Plan Investment Board (CPPIB)—noted he was unaware of any talks related to electric battery plants. CPPIB is Canada’s largest pension. Leduc hinted that the idea of CPPIB financing such a project might not be too farfetched, stating that the sub-sector and theme of electric vehicles and critical minerals were “on target” for the pension.

Champagne estimated that EV battery plants could cost up to CAD$5 billion. He explained that building EV production facilities would help clear the “bottleneck” for cells. The Minister suggested that some EV battery facilities could process critical minerals for cell production, like lithium, nickel, and manganese—which are abundant in Canada.

“If you talk to the major car manufacturers, we’ll need dozens of them,” said Canada’s Minister of Innovation, Science, and Industry. “So what I’ve been trying to discuss with them (and equipment manufacturers) is whether we can use pension funds where you have patient capital coming in helping build these asset[s] and then lease them back to accelerate and increase capacity.”

Canada is committed to building a robust and reliable automotive and battery supply chain in North America. Canada aims to be a top EV supplier to automakers worldwide, especially those catering to the North American market. Champagne stated that Canada has the edge over countries like Australia, which offer similar labor and environmental standards. He explained that Canada’s edge was its proximity to Windsor-Detroit, a major automotive hub in the United States.

Car manufacturers are starting to look at Canada for potential opportunities in the country. For instance, last month, Volkswagen and Mercedes Benz entered into separate agreements with Canada for EV battery materials.

Earlier this year, LG Energy Solution and automaker Stellantis N.V. entered into a joint venture with CDN. The joint venture includes a total investment of more than USD$4.1 billion for constructing an EV battery production facility in Canada.

Canada has also initiated talks with lead EV automaker Tesla. Elon Musk joked about a potential Tesla gigafactory at this year’s Shareholders Meeting. Public documents in Canada have fueled rumors of a Tesla factory in Canada.