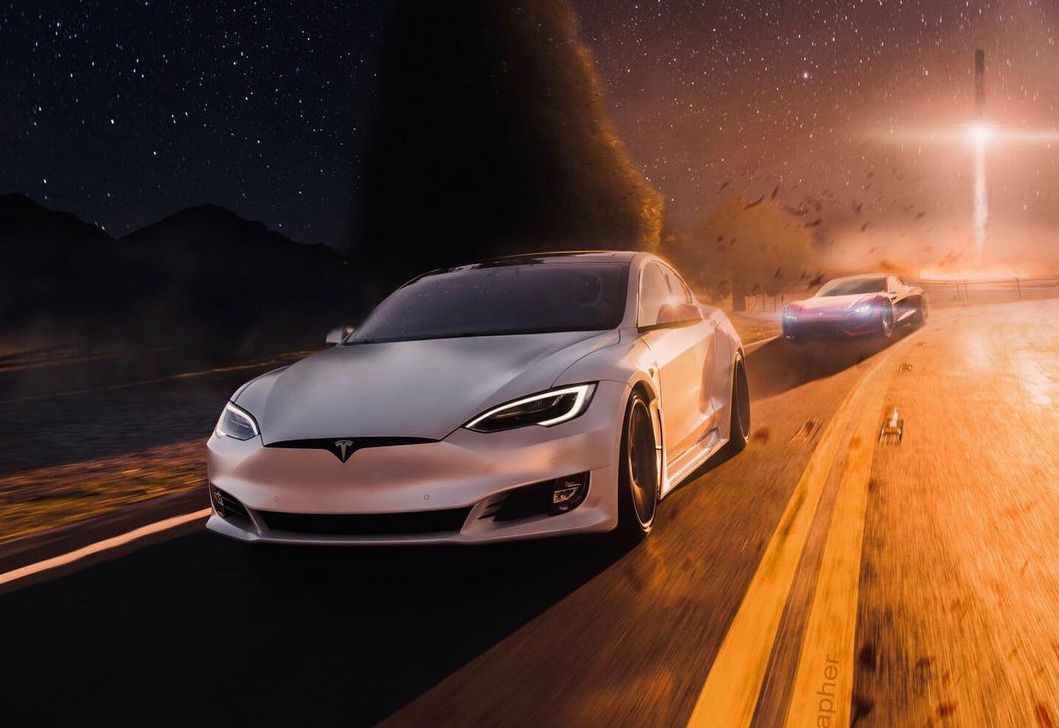 With Tesla’s (NASDAQ:TSLA) rise on Thursday that saw the electric car maker end the day with a market cap of $473.259 billion, and amidst recent estimates from Wall Street suggesting that SpaceX is worth about $100 billion today, Elon Musk now stands as the CEO of two companies whose combined market cap stands at over half a trillion dollars. While impressive, it is pertinent to note that both companies are only getting started.

The milestone was acknowledged by Elon Musk himself on Twitter, who responded to a post shared by Box CEO Aaron Levie. In his tweet, Levie noted that Tesla and SpaceX’s half-a-trillion valuation today is proof that it’s possible to “transform earth and space travel at the same time.” Musk seemed quite excited in his response as well, responding with a short “Wild times!”

Tesla’s recent rally seems to be motivated in no small part by the EV maker’s upcoming addition to the S&P 500, one of the most notable benchmark indexes in the market. The company’s official addition to the S&P 500 came after Tesla posted five consecutive profitable quarters. This was despite the arrival of competing electric cars from established automakers, as well as the fact that the company still receives an immense amount of criticism from skeptics.

Nevertheless, Tesla has executed well on its plans this year, with the company still aiming to pursue its original goal of delivering 500,000 electric vehicles in 2020. Tesla seems to be on track to coming close, or perhaps even meeting, this ambitious goal, despite the fact that the world is still reeling from the ongoing pandemic. Tesla needs to deliver over 180,000 cars this Q4 to hit the 500,000-vehicle mark, and it appears that Elon Musk and his team intend to go full throttle with vehicle production and deliveries all the way to the end of the year.

Interestingly enough, even Elon Musk’s privately-owned space venture, SpaceX, has also caught the eye of Wall Street. Last month alone, estimates published by Morgan Stanley pointed to SpaceX having an estimated valuation of over $100 billion. Morgan Stanley listed several factors for its estimate, such as the company’s potential as an internet provider with its Starlink satellites, as well as its presence in the US launch market. “The pieces are coming together for SpaceX to create an economic and technology flywheel,” Morgan Stanley wrote.

What is remarkable is that both Tesla and SpaceX are nowhere near their respective endgames yet. Tesla’s mission is to accelerate the advent of sustainability. SpaceX, on the other hand, aims to turn humans into an interplanetary species. Both Tesla and SpaceX have taken significant steps towards their respective missions, but it’s evident that both companies are only getting started at this point. Needless to say, it appears that Tesla and SpaceX together could reach heights in the future that may very well be difficult to imagine today.