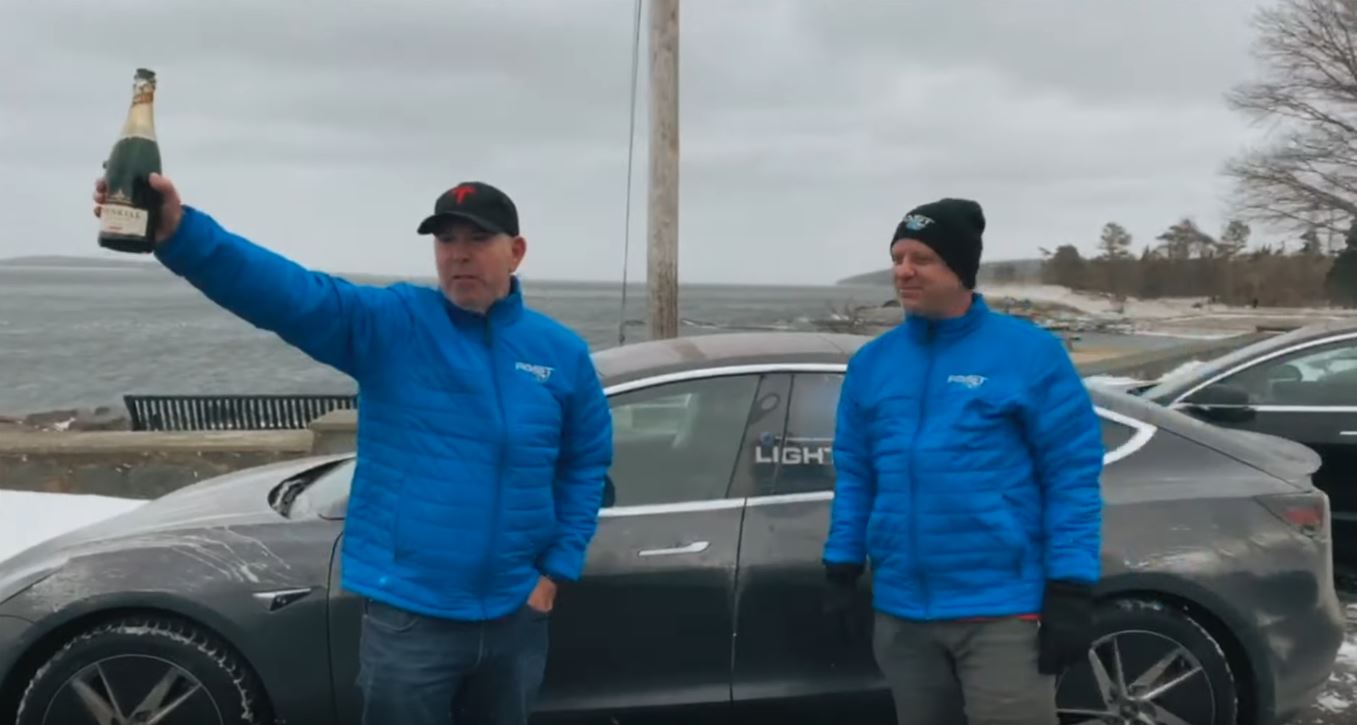 The duo who demonstrated the capability of electric vehicles, particularly the Model 3, and the existing charging networks that support them. The two Tesla owners started their record-setting journey on March 4 and set off from Tsawwassen, British Columbia and ended in Point Pleasant Park in Halifax, Nova Scotia on March 7.

The road trip involved 40 Supercharger stops and made most of the newly opened Trans-Canada Tesla Supercharger route. Of course, there were coffee breaks, a ton of fast food, and a good dose of good music along the way, according to Pavelko and Page. The drivers took turns driving so the other can rest on the passenger seat.

I call this one Full Circle pic.twitter.com/Ri828eUk3z

“Honestly, this has been one of the most enjoyable and exciting drives I’ve ever done,” Pavelko said on a press release posted on the Tesla Owners Online.

The duo revealed that there were a few setbacks during the journey but they were able to handle them, thanks to the incredible support from locals across Canada and via online channels through their three-day road trip.

“We made a few mistakes along the way. We overcharged at one point and we didn’t plan for certain distances, and of course, weather is always an issue and was for us heading into Halifax, but we’re still really pleased with the 73-hour drive time it took,” said Page.​

The tour dubbed as the “Fast EV Lightning Run” was sponsored by Fast EV, a division of Fast Wheels, that equipped the Model 3 with Fast EV01+ wheels specifically designed to maintain the efficiency of electric vehicles.. The trip made most of the chargers along that Trans-Canada Highway, a major transportation artery that traverses the 10 provinces of Canada.

A little video I shot when we got out of the car in Halifax today.
Apologies for the horrible sound but the wind was gusting at 80+ km/h 😳#FastEVLightingRun pic.twitter.com/AxT6CK97Tj

With the success of the first Fast EV Lightning Run, Pavelko and Page look forward to annual drives across Canada with other electric vehicle owners.

“We hope other EV owners will see just how enjoyable this drive can be. Canada is such a beautiful country and we got to see it in all its glory,” Pavelko said.

Check out the video below: