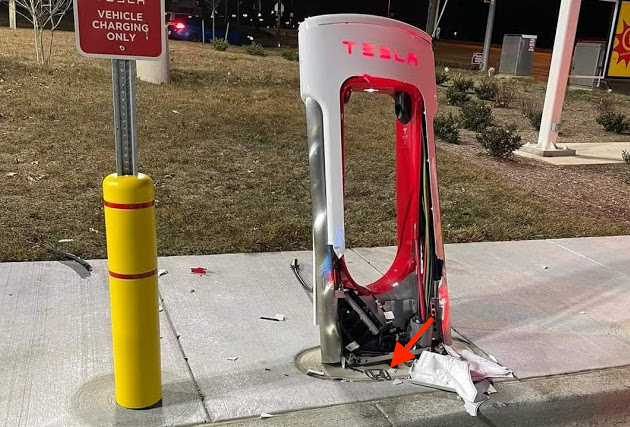 Tesla Superchargers are becoming more and more prevalent as the rapid-charging system is expanded across the United States. Being more ubiquitous by the day, it is then unsurprising to see Superchargers getting involved in some very unique incidents, one of which was recently shared online.

YouTube group Wham Baam Teslacam, which aggregates notable Tesla dashcam footage submitted by electric car owners worldwide, recently posted a rather unique photo of the Supercharger stall in Maryland. The image, which was shared by EV community member Nicholas Bradford, featured a Supercharger that was smashed and partially toppled over. The stall’s lower part was so damaged that its internals were scattered about. 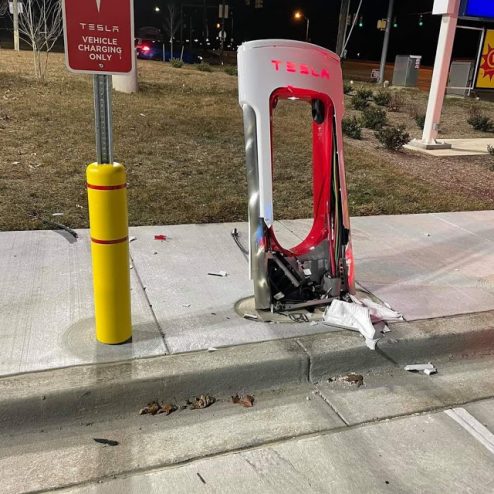 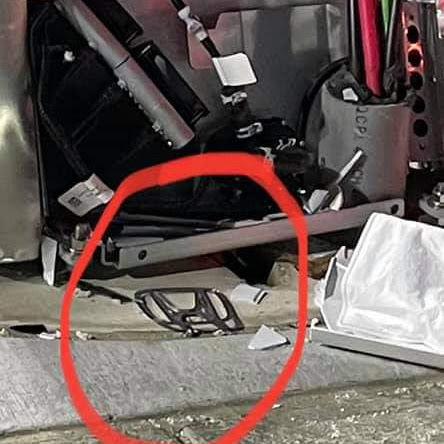 Based on the state of the Supercharger when it was photographed, it appears that the rapid charging station was involved in a collision. While it may be easy to assume that the incident likely involved a Tesla owner with some really bad parking skills, a look at the parts strewn about in the area suggests that something more interesting happened.

Included among the destroyed Supercharger parts was something that most certainly did not belong in the picture. Amidst the broken wires and other Supercharger components lay silver Honda emblem, clear as day. With this in mind, one could infer that the smashed Supercharger may have been due to a Honda instead–one that likely crashed into the rapid charging stall with enough force to tear its emblem off.

Tesla Supercharger stalls do not have their own security cameras, though many of them are located in areas that have CCTVs. Hopefully, the Maryland Supercharger where the apparent Honda collision happened was being observed by some cameras, and Tesla could get to the bottom of the rather unusual incident. Otherwise, it may be a good idea for Elon Musk and company to start looking into including security cameras for every Supercharger station.

Maybe a Supercharger Sentry Mode is in order? That would not be a bad idea at all.