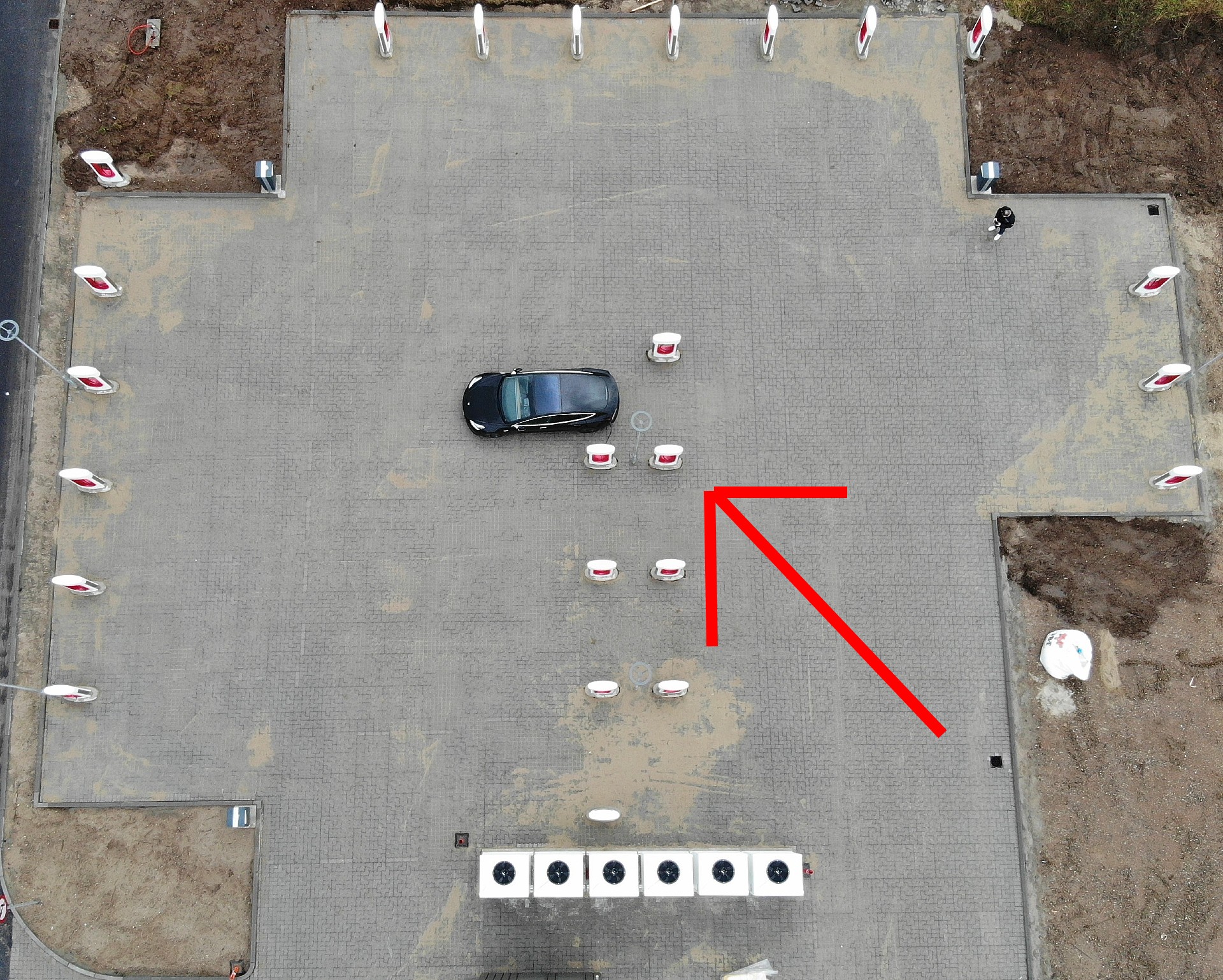 Tesla is experimenting with an interesting Supercharger lot design at a new station in Kliplev, Denmark.

The new Supercharger station in Kliplev features 24 V3 Superchargers capable of speeds up to 250 kW. This is nothing out of the ordinary for Tesla, the company with the most electric vehicle charging stalls and stations globally. With over 40,000 Supercharging posts globally, Tesla has implemented its charging stations at shopping malls, convenience stores, and other public places.

Early Supercharger station designs usually featured a series of stalls that aligned on a curb and were normal pull-in or back-in parking spaces. This was a simple, effective way for vehicles to access the Superchargers, as they permitted enough space for vehicles to sit in spaces while owners plugged in and waited for more driving range.

This layout is not ideal for all of its Supercharger stations, so it appears Tesla is starting to experiment with other designs.

Tesla designed this Supercharging station with stalls located on both the perimeter of the lot, but also eight additional V3 Superchargers located in the center of the lot that will be accessible from either direction. This will prevent owners from having to back in and could instead allow drivers to pull through, keeping things efficient.

As Tesla’s lineup of vehicles expands, the way the automaker designs its Supercharger lots may need to also change. When rumors of a Supercharger location on Santa Monica Blvd. in Los Angeles came through several years ago, blueprints showed Tesla was already planning to implement larger parking spaces in anticipation for the Cybertruck.

Additionally, with more EVs being on the road and with the Pilot Program, which is active in Denmark, allowing non-Tesla EVs to charge at Tesla Superchargers, a variety of vehicles in different sizes and shapes will utilize the charging stations. It is crucial to develop Supercharger lot designs that are easily accessible to any car that can use them while also being respectful to the other vehicles nearby.