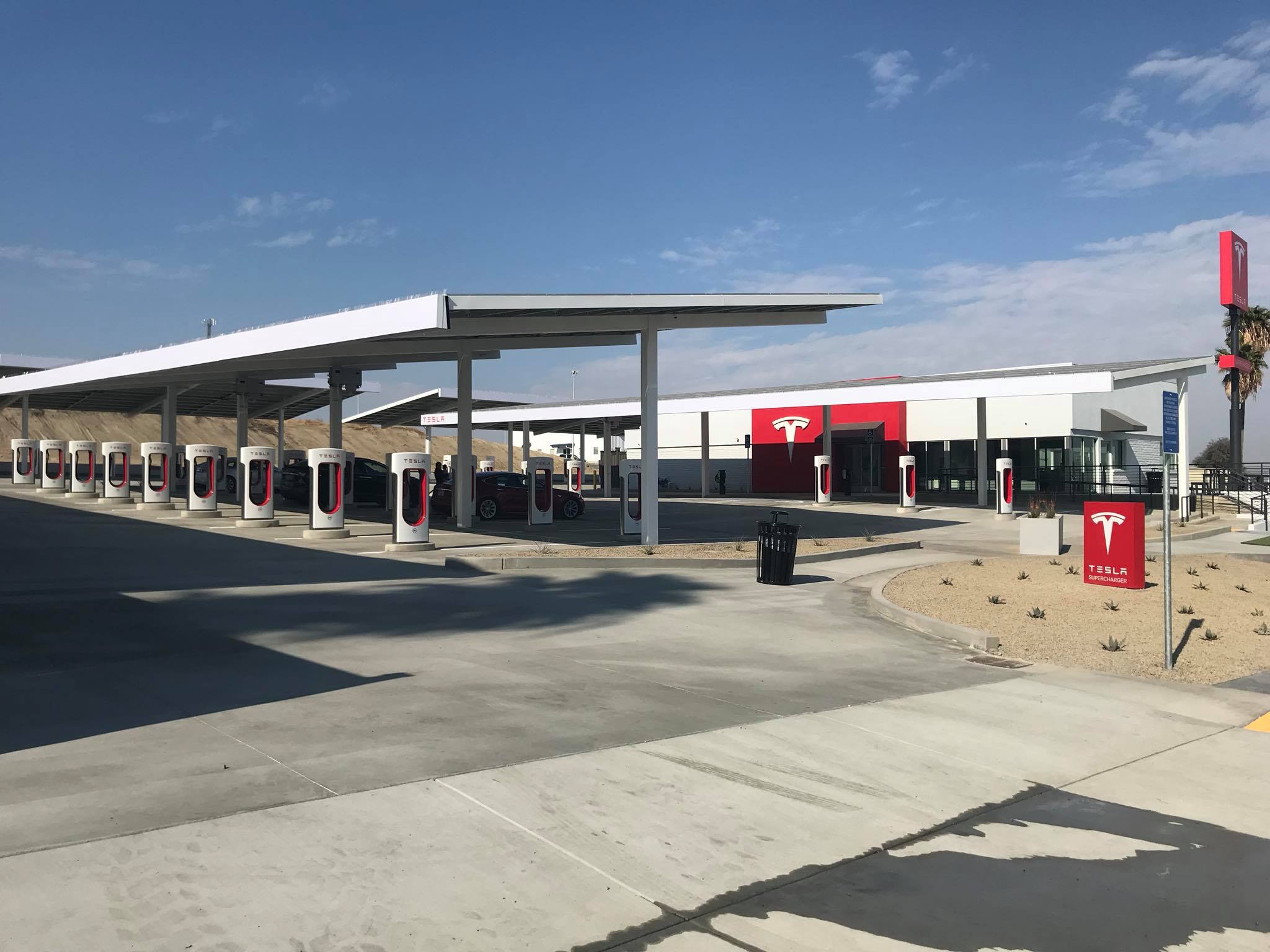 Tesla eyes Santa Monica as site for its Supercharger restaurant

A building permit for a Tesla Supercharger station with a restaurant has emerged online, providing details on what could be the first of Elon Musk’s previously-teased “old-school, drive-in, roller skates & rock”-themed facilities for the Los Angeles area.

The permit first made its appearance on the Tesla Motors Club forums, where member @WalterB shared a screenshot of the listing from the Santa Monica website. As could be seen in the building permit, the address of the Supercharger restaurant is listed at 1401 Santa Monica Blvd, Santa Monica, CA 90404. The details of the project that the Elon Musk-led firm provided in the permit were very brief, with the project description only stating that the site would be a “Tesla restaurant and supercharger station.”

A screenshot of the permit for Tesla’s Supercharger restaurant in Santa Monica, CA. [Screenshot from smgov.net]

Considering the amenities mentioned in the Santa Monica permit, several members of the Tesla forum community are speculating if the site would be the first of what Elon Musk referred to as Superchargers with “old-school, drive-in” restaurants, complete with an outdoor movie screen. Musk’s tweet, which was posted back in January, mentioned several details about the concept, including a Rock-themed diner and staff in roller skates.

Further discussing the concept, Musk also teased some unique tricks for the facilities, such as a “pop-up” digital menu for Tesla drivers that can be accessed as soon as they shift their vehicles on Park in the Supercharger drive-in.

Gonna put an old school drive-in, roller skates & rock restaurant at one of the new Tesla Supercharger locations in LA

Ultimately, Tesla seems to be intent on making its Superchargers into a destination for travelers and drivers living in the area. Last January, Musk reacted positively to a suggestion by one of his followers on Twitter stating that it would be great if Tesla could award digital trophies for drivers who visit Superchargers across the country. Musk loved the idea of “gamifying” the Supercharger experience, stating that digital trophies would indeed be introduced in the future. Considering the popularity of digital rewards such as Waze’s trophies, there’s a good chance that Tesla’s Supercharger trophies would be quite popular.

The Supercharger network is one of Tesla’s aces in the electric car industry, and over the years, the California-based electric car maker and energy firm has been hard at work in improving them. Last year, Tesla opened two, 50-stall Superchargers in China, as well as two 40-stall Mega Superchargers in the United States complete with a driver’s lounge, a coffee shop, a merchandise store, pet relief area, and a kids’ play place. Plans for another 40-stall Supercharger for the Fremont factory have also emerged recently, as we noted in a previous report.

Tesla eyes Santa Monica as site for its Supercharger restaurant