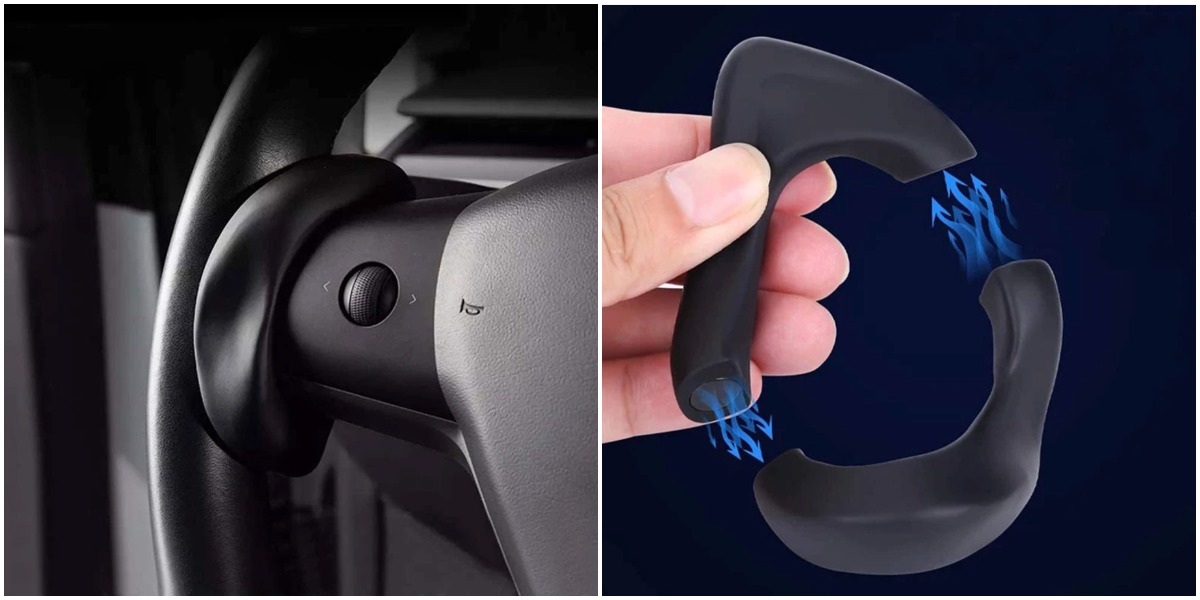 UPDATE: The manufacturer of the device, TapTes, removed the device from its online store and said it will destroy all units of the Autopilot counterweight.

A third-party manufacturer of Tesla accessories is taking advantage of the recent Consumer Reports’ trick test by offering a detachable weight to emulate a human hand on a Tesla steering wheel. The device could trick the vehicle into allowing Autopilot or Full Self-Driving to operate without a driver paying attention to the road.

The description of the product aims to take advantage of Tesla’s driver monitoring features, which include having a hand on the steering wheel at all times to show that the driver is ready to take over in case of an emergency. The exploitative product is similar to the same device that Consumer Reports used to trick Tesla Autopilot in a recent test that aimed to show the company’s cars could be tricked into operating without anyone behind the wheel. The test has drawn criticism from many within the Tesla community who understand the capabilities of Autopilot and the FSD Suite.

“TAPTES Model 3 Model Y steering wheel auxiliary booster assists you to control the steering wheel, so you can take a break while driving. A great addition to long driving travel.”

The device could contribute to more misinformation regarding Tesla’s semi-autonomous driving functionalities being reported in the news. Tesla does not and has never claimed that its vehicles can drive themselves. The company requires drivers to remain attentive during the vehicle’s operation, requiring owners to pay full attention to the road and the car’s surroundings.

As previously mentioned, the invention of this cheat device from Taptes is in relation to the Consumer Reports test that we previously reported on. Consumer Reports was able to trick the Tesla into driving without anyone in the seat by using a makeshift weight that hangs from the steering wheel. The publication claimed that this was proof that a Tesla will drive with no one in the driver’s seat, but, in reality, you’d need special equipment to get the car to drive itself.

TAPTES is in no way affiliated with Tesla. The company states on its website:

“TAPTES® official Tesla accessories shop, not affiliated with or endorsed by Tesla Motors. It is neither inferred nor implied that products sold by TAPTES are authorized by or in any way connected to Tesla Motors. All manufacturer names, symbols, and descriptions used in our images and text are used solely for identification purposes only. Tesla Model S, Model X, Model 3 and Model Y are trademarks of Tesla Motors.”