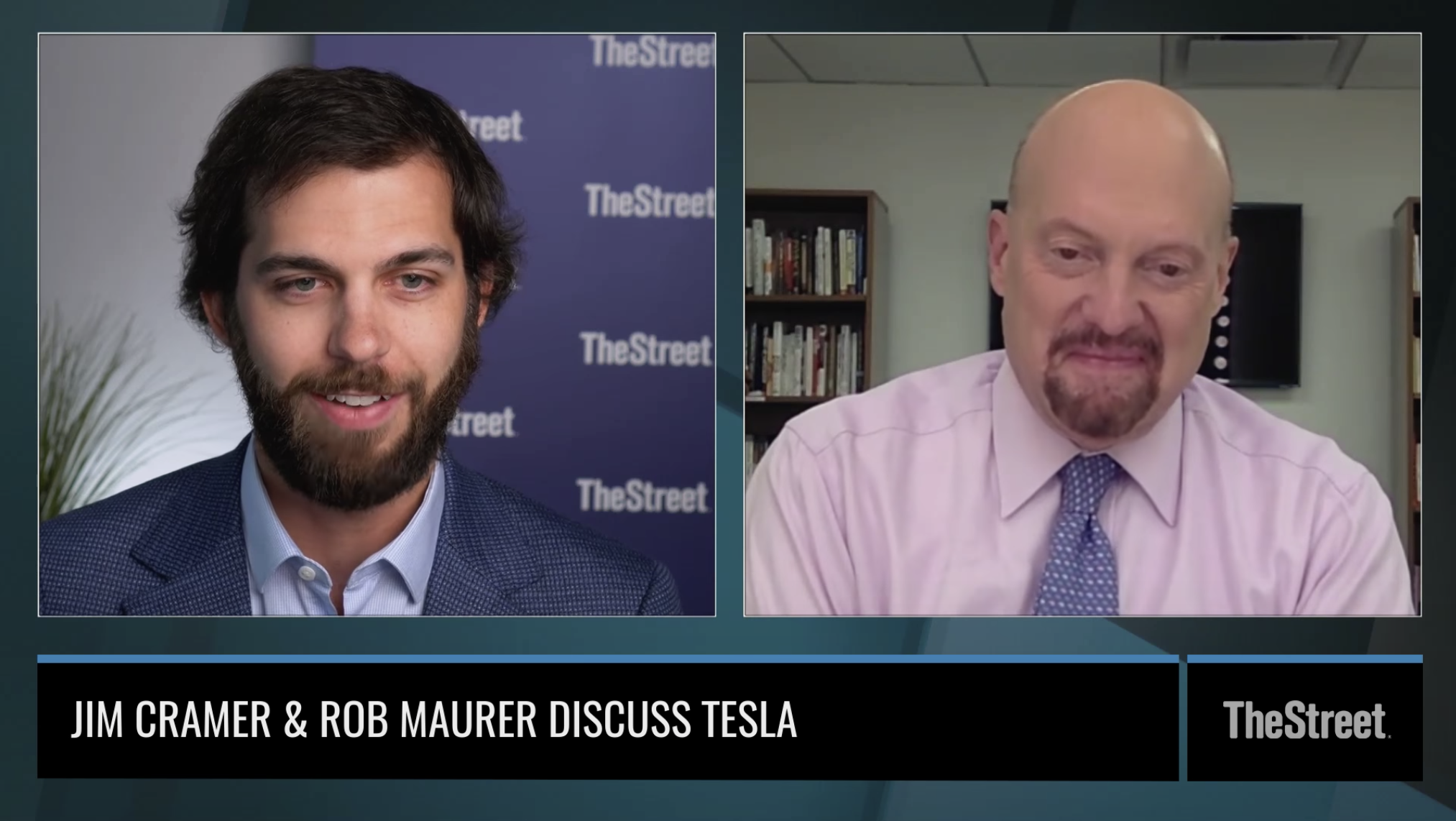 Tesla (NASDAQ: TSLA) fan and former critic of the company Jim Cramer is looking forward to Battery Day on September 22, and it is fueling his valuation of the automaker who he once considered to be a guaranteed “sell” in the stock market.

An interview with Tesla Daily and TheStreet’s Rob Maurer allowed Cramer to clear the air about his thoughts for the electric car maker. However, looking forward, Cramer is excited for the company’s upcoming Battery Day, because he feels that it could be a key to spiking Tesla’s valuation into the stratosphere.

“What’s key to my valuation, Rob, is what Elon Musk will say on September 22,” Cramer said. Expecting Tesla to roll out a battery cell that could run for ten or twelve hours because of solar energy, Cramer admits he is not familiar with what Musk will unveil during the event. Any way Tesla puts it, Cramer believes it is “Game, Set, Match” for the automotive industry.

Maurer explained the more popular beliefs of Battery Day to Cramer, stating that Tesla will outline its battery strategy for the world to feast on. Additionally, Tesla could explain how it intends to increase annual battery production across all of its products, and not just its cars.

Maurer, like any Tesla enthusiast, knows that a lot of hype surrounds Battery Day. Nobody truly knows what will occur in late September or what the expectations are, but one thing is for sure, Wall Street will have its eyes set in Fremont, where the event is taking place.

“I think one thing that investors need to try to understand is really what those expectations are from the broad Wall Street community. Whether they’re expecting some huge technological breakthrough, or whether they’re going to be satisfied with, ‘Okay, here’s our plan to rapidly, capitally efficiently ramp up to a couple of Terawatt hours of battery production.’ I think there is going to be a lot of technological focus, but I think a lot of it is going to be on that capital efficiency and production ramping angle,” Maurer stated.

Ultimately, Tesla wants to increase the longevity of its battery packs, so its vehicles are capable of lasting fifteen or twenty years without having to undergo cell replacements. With that, the company also wants to improve the energy density that its cells can handle, which will lead to increased range within its vehicles.

Cramer, while a Tesla fan, is still an investor, and he believes that his valuation of the company ultimately comes down to what happens on September 22. If Tesla unveils a significant development in terms of its battery goals, the stock will go up. However, he’s advising some investors to proceed with caution, just in case.

“It [Battery Day] may be one of those events where, if you don’t own it, you may want to wait until after, if he doesn’t deliver along the line that people want him to deliver,” Cramer said. “I mean, one of the things I like about Elon Musk is that he’s not thinking about what you want, like Steve Jobs. He’s thinking about what you will want well ahead of when you know it. So he may be over the heads of people on September 22, and that means some people may be disappointed because they didn’t get what they want, not realizing they’re getting twice what they want if they would just shut up and listen.”

This fact leads Cramer to believe that the stock will go higher after Battery Day. Like many people, Battery Day is among Tesla’s most anticipated events in the company’s history because it is more significant than cars and energy storage; it is the future of our planet.

The full interview between Rob Maurer and Jim Cramer is available below.