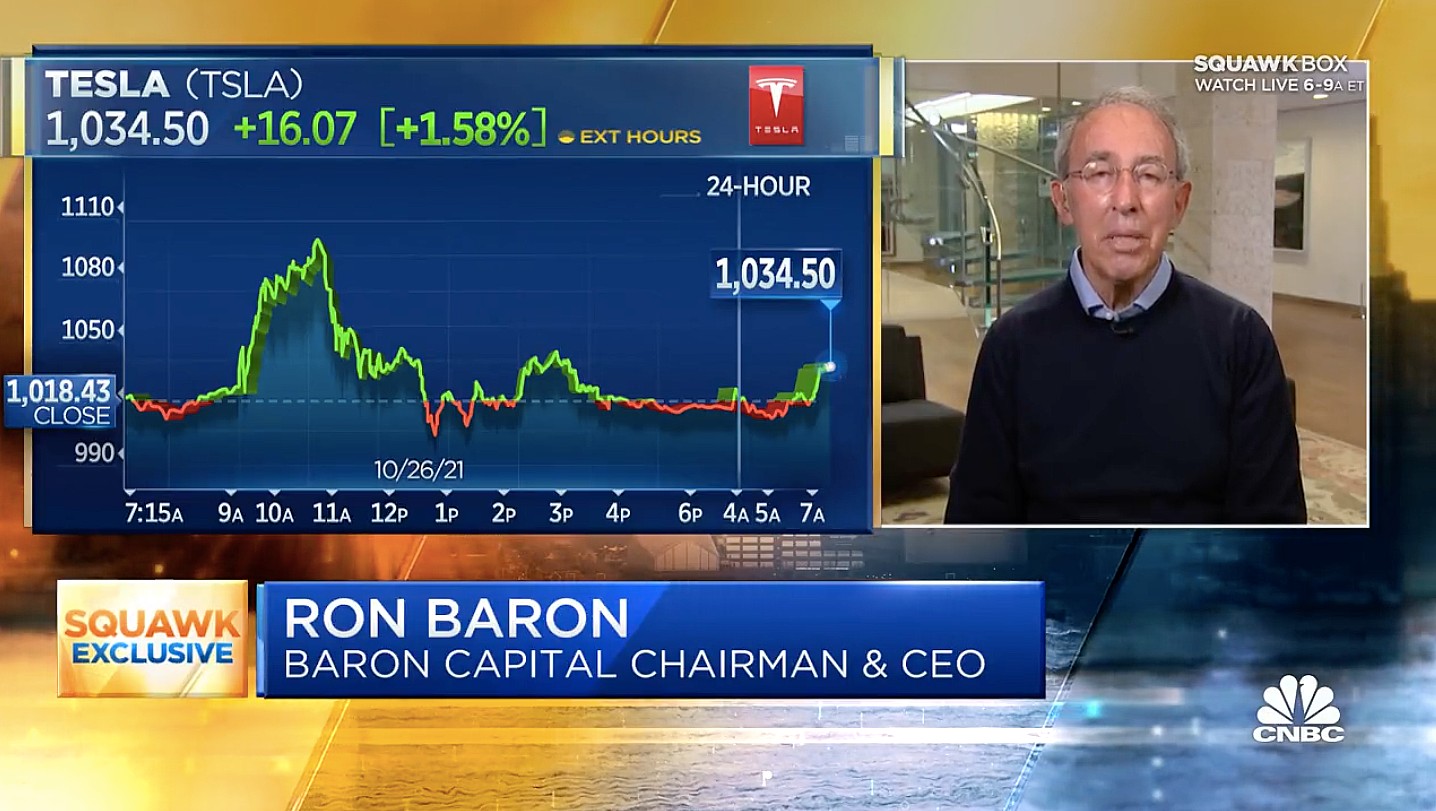 In a recent appearance at CNBC’s Squawk Box, Tesla (NASDAQ:TSLA) bull and legendary long-term investor Ron Baron explained several key aspects of Tesla’s business and why the company’s stock is worth holding for a very long time. He also shared what he believes are the biggest short-term risks being faced by Musk’s companies today.

Baron’s namesake investment firm, Baron Capital, is among Tesla’s biggest long-term shareholders. The firm currently holds almost 6 million Tesla shares on a cost of ownership basis at $42.88 each. According to the investor, Baron capital has made its clients about $54 billion in profits, and from that amount, about $6 billion was from the firm’s $380 million investment in Tesla stock years ago.

“It’s so hard to accomplish what he has, and then when you read about he’s treating people and the social betterment he’s creating for humanity. There would not be electric cars were it not for Elon Musk. In fact, you probably won’t be into space the way you are right now were it not for Elon Musk. This guy is dedicating himself to making the planet and humanity able to survive,” Baron said.

At a later part of his segment, the CNBC hosts asked the legendary investor what he believes is currently the biggest risk that Elon Musk and his companies are facing. According to Baron, Musk’s health is Tesla and SpaceX’s most significant short-term risk, simply because the CEO tends to work extremely hard. This was understandable considering Musk’s goals, but his health could be a factor that could adversely affect Tesla and SpaceX if it were to take a hit.

“The biggest risk I think we have is his health. He works incredibly hard. There’s a picture on the internet where he’s living in Boca Chica in Texas right now by SpaceX, which we’re going to see next week. He’s living in a (space) — it must be like 500 square feet — and it has a white picket fence around it. It’s right on the factory grounds and the launch grounds. I don’t know if there’s a television actually, but there’s air conditioning. There’s a little kitchen and a bed, and that’s it.

“He works, he sleeps 5 hours a day. He works 19 hours a day. I mean, unbelievable what he’s doing. I can’t wait to see that. I’ve seen pictures and everything and spoken about it. But I’m really excited about that. So short term, that’s the risk. And he’s healthy, and I’m hopeful he stays healthy for a really long time. He’s got big plans. He’s said he wants to die on Mars — not landing on Mars — but after living there. But I think that he’s healthy and working hard. Because of him, the two most popular companies for engineers to work for are Tesla and SpaceX,” Baron explained.

Earlier this year, Baron predicted that TSLA shares would reach $2,000 per share over the next ten years, and it would be about $1,500 per share by 2024. Baron does take profit from his TSLA investment from time to time, however, such as when he sold 1.8 million shares earlier this year in a move that he called “painful” but essential for “risk mitigation.”