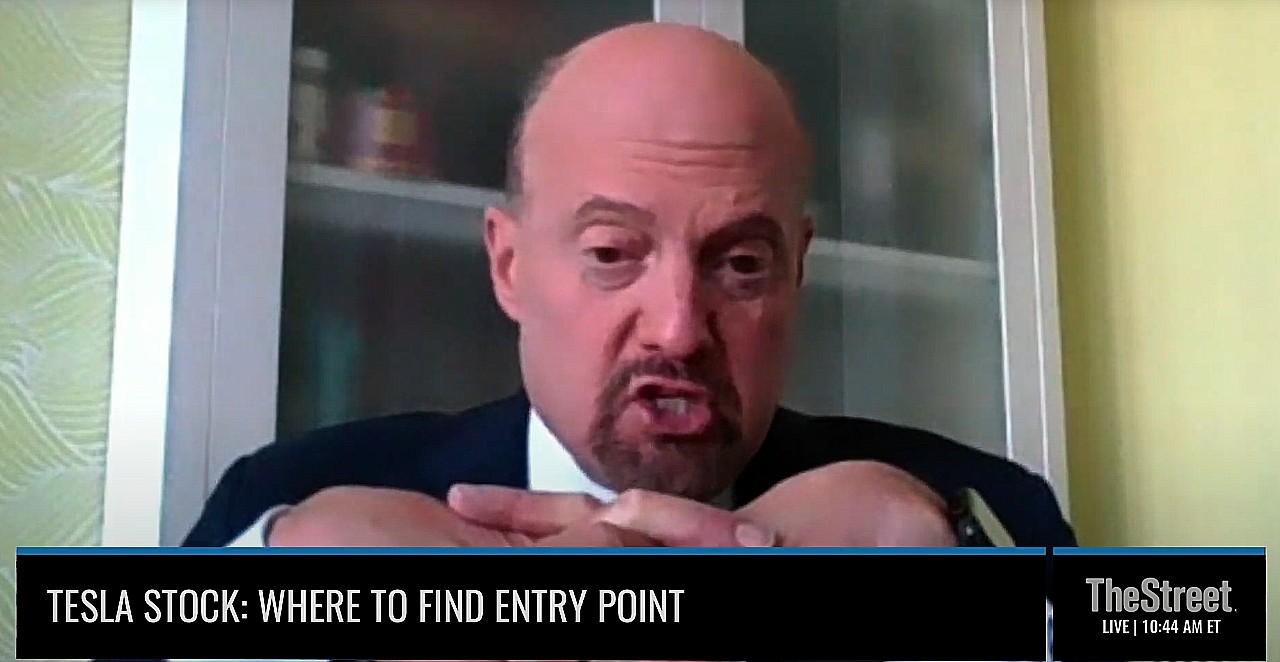 Tesla (NASDAQ: TSLA) is still a stock to buy despite its over $700 price tag per share, Jim Cramer says. Cramer, a TSLA bull, says that CEO Elon Musk is constantly increasing the company’s valuation because “every time he talks, it’s going to be good.”

Cramer appeared on TheStreet on Monday morning to talk about the New Year and what stocks to buy, sell, and hold onto. Tesla, which treated investors like Cramer well in 2020, has exploded to a massive $725 price per share, even after the company split the stock 5:1 last August.

With its expensive price tag, TSLA is still something to consider, even if an investor’s intention is not to buy a full share, Cramer says. “If you don’t have any, you can still buy some. Don’t buy a lot, but you can certainly still buy some. The roadmap is clear, Elon, every time he talks, it’s going to be good, and I just think we all have to accept the fact that President Biden will do anything to make the EV to be the central form of transport,” he added.

Monday is a ‘down and outer day’ and that might extend into Tuesday’s trading session, @jimcramer says.https://t.co/9t5c8UU4qI

Tesla’s stock price may indeed be out of reach for many investors, especially considering the pandemic has halted employment for some. However, it is possible to buy slices of the company’s stock, and it is easily accessible through outlets like Robinhood. Tesla even did its best to make the stock more affordable to young, retail investors through the 5:1 stock split.

The time to buy was August, certainly, as the price per share dipped down to a more affordable $442.68. After a 700% increase in 2020, the big winners, who have been coined “Tesla-naires” by a Bloomberg article, enjoy the fruits of their patience. The company even crossed the $700 billion market cap earlier today.

Cramer also believes that Tesla’s stock will increase as developments and information regarding its in-construction production facilities are released.

“Every time Elon opens a new market, like he is about to do with his factory in Berlin, the stock will go up again,” Cramer said. “It’s really a question of whether you believe in iterations.”