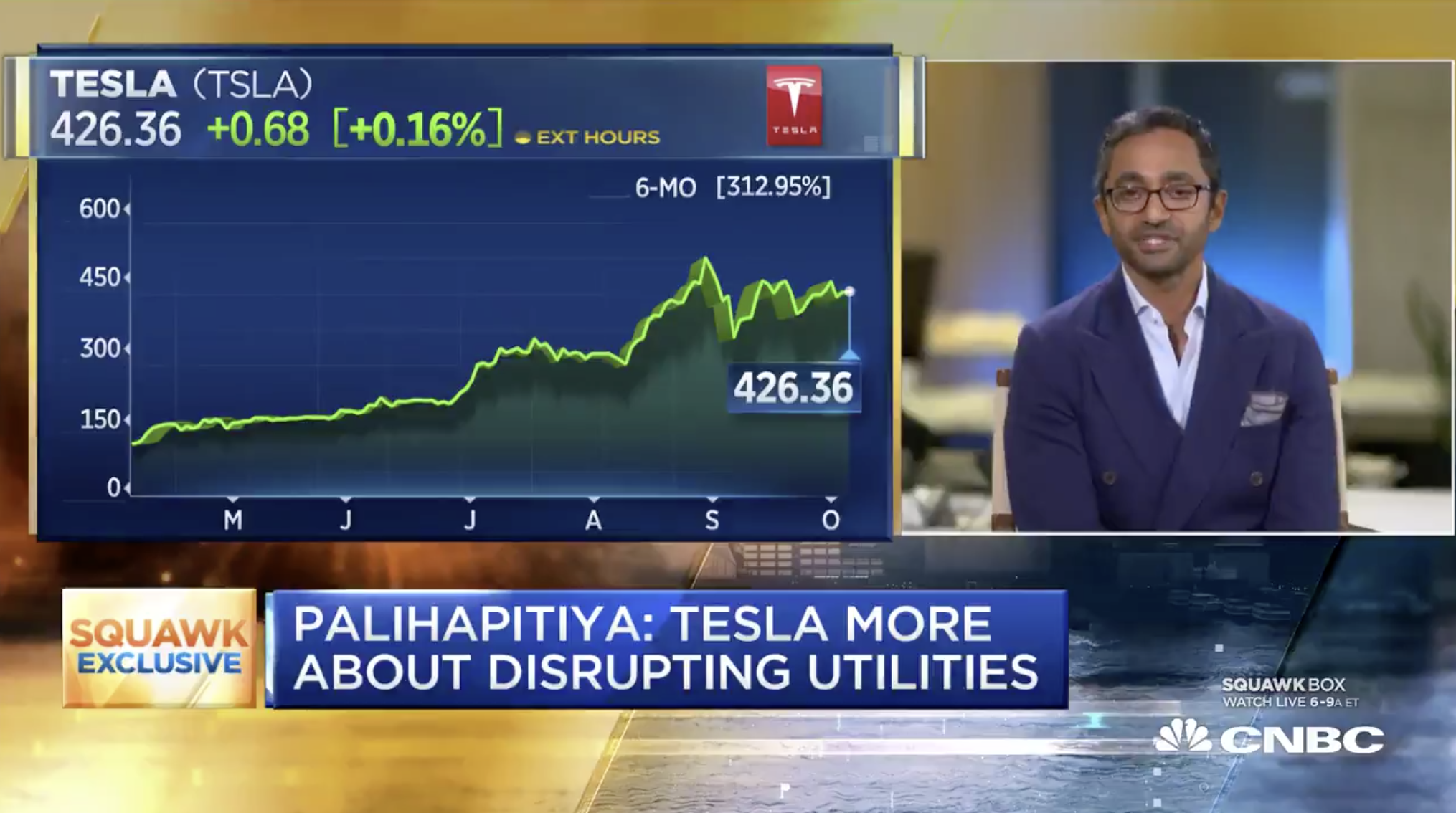 Tesla (TSLA) has ‘moved on’ from its competitors, venture capitalist says

According to Venture Capitalist Chamath Palihapitiya, Tesla’s (NASDAQ: TSLA), competitors are not in the sustainable company’s focus. Palihapitiya says that the companies who are competing with Tesla are not in Tesla’s line of view, and that “they’ve sort of moved on.”

Competition with Tesla is a strange concept because no other car company has managed to do what they have done. Not only did the automaker shift the focus from internal combustion engines to battery-powered powertrains, but it also has an entire sector of energy storage products.

The issue is that other car companies, who are aiming to compete with Tesla’s increasingly concentrated sales numbers, are not who the company’s primary competition is because of Tesla’s focus is not solely on automobiles.

"@Tesla is no longer about the car business. The value of this business is about deregulating energy. That's about batteries and battery storage and it's about disrupting utilities," says @chamath on $TSLA. "People continue to misunderstand and underestimate this business." pic.twitter.com/CWJwqn3a97

“Tesla is no longer about the car business,” Palihapitiya said on an episode of CNBC’s Squawk Box on Tuesday morning. “The value of this business is about deregulating energy. That’s about batteries and battery storage, and it’s about disrupting utilities.”

Because Tesla’s focus is not only on automotive developments and is about the big picture of transitioning the world to sustainable energy, battery storage, solar, and other energy products are as important to the company as building efficient cars.

However, Tesla’s competitors are chasing after a company that is not necessarily concerned with the developments that others come up with. Tesla has a dominating lead in the electric vehicle sector in terms of EV tech, battery efficiency, and automotive performance.

Additionally, the company has also established itself as a major player in the U.S. solar market, where its prices are one-third the national average.

“I think that the people trying to compete with [Tesla], are not the people that they are competing with,” Palihapitiya added. “They’ve sort of moved on.”

Tesla CEO Elon Musk has indicated in the past that the company’s focus is not to crush competitors. Instead, Tesla has offered to open its licensing software and supply powertrains and batteries to other car companies that wish to be sustainable. Ultimately, the goal is to eliminate gas and diesel-powered engines in the automotive sector and have more homes powered by the Sun in the energy sector.

Tesla has never listed a main competitor or called out any company planning to build sustainable powertrains because the big picture is to transition other entities into developing the same products.

Tesla’s company mission has already helped to disrupt the normal, everyday operation of other car companies that have existed for 100 years. While Tesla continues to establish an evergrowing customer base, other car companies recognize that times have changed. Gas cars are no longer the most viable or affordable option, and automakers are ready to begin building electric powertrains that are sustainable.

Tesla (TSLA) has ‘moved on’ from its competitors, venture capitalist says