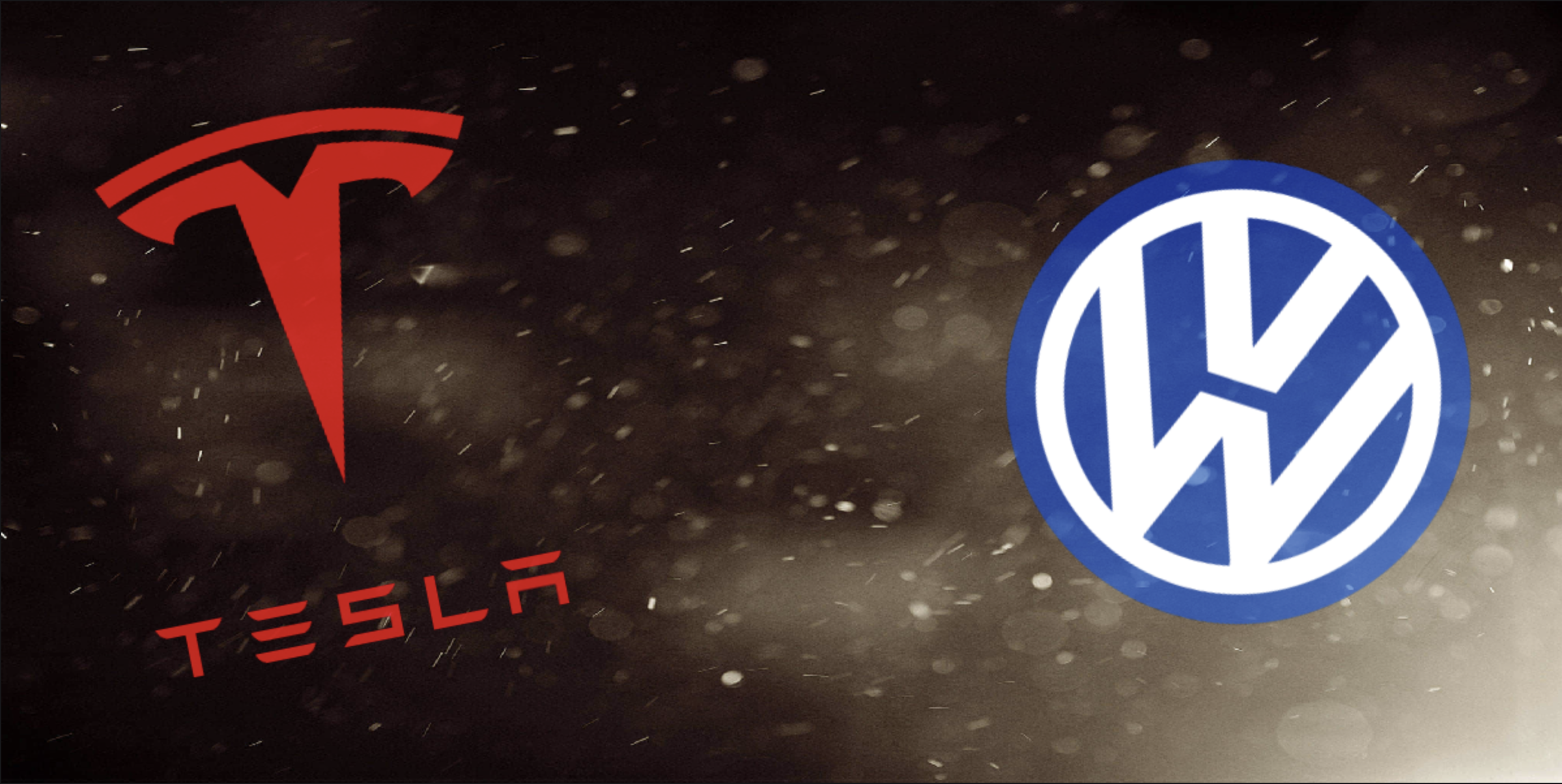 Tesla and Volkswagen: from fierce competitors to unlikely allies

Tesla and Volkswagen have established themselves as unlikely allies in the world of turning vehicles toward electrification. However, the two companies did not always see eye to eye, but the tides have certainly changed. Evidence of this comes just a day after Elon Musk took an unexpected stop in Western Germany to see Volkswagen Chairman Herbert Diess.

Years ago, Volkswagen and Tesla were sitting at opposite ends of the spectrum. One company was a well-established marvel of German automotive manufacturing, while the other was struggling to rally enough capital to keep its own production efforts moving forward.

However, 2020 has given the two companies and effective dose of the “Freaky Friday” treatment, where the former automaker is struggling to keep functioning EVs on the road. Meanwhile, the latter is surging forward the charge to electrification and maintains a healthy lead over other companies that are attempting to follow in their steps.

But from 2008 to 2015, Volkswagen was far from ever being considered a Tesla ally. The German automaker was violating the EPA’s Clean Air Act by knowingly placing cheat devices in their car’s emissions systems. The scandal, known as Dieselgate, set a semi-permanent mark in the minds of the environmentally-conscious.

Many swore never to consider repurchasing a Volkswagen vehicle, but the company has won some prominent figures in the EV community. Most notably, Elon Musk. But the relationship wasn’t always healthy.

Musk was critical of a conspiracy that a Volkswagen employee was criticizing Tesla through a fake name. According to numerous sources, Diess had the situation handled, but the drama between the two companies didn’t necessarily end there.

Dieselgate was still slightly in the head of Musk. The CEO mentioned that Tesla’s HEPA grade filter was needed while sitting in close traffic because toxic tailpipe emissions could affect the air quality of those who occupy vehicles that are around. “Good thing gas/diesel carmakers didn’t cheat on their emissions or we’d be in real trouble,” Musk joked, indirectly taking a jab at Volkswagen’s wrongdoing.

In close traffic, poisonous gas spewing from the car in front of you goes straight into your AC intake. Good thing gas/diesel carmakers didn’t cheat on their emissions or we’d be in real trouble 😅

However, Musk has recognized that Diess is an ally and is driving Volkswagen toward electrification. The Tesla CEO even said that Diess is “doing more than any big carmaker to go electric. For what it’s worth, he has my support.”

Musk and Diess then appeared on stage together at the Golden Steering Wheel Awards in Berlin last November, trading compliments and smiling from ear to ear with encouragement. The two had shown their business ventures had resulted in a healthy friendship, and Musk even announced that Tesla would be bringing a new facility to Berlin on the same evening.

In early September 2020, Musk flew to Germany to conduct business. His final stop on his quick tour of the country was to pay his friend Diess a brief visit, where Musk drove the ID.3 from Volkswagen and took a peek at the Model Y’s competition in the ID.4. With Giga Berlin moving along swiftly and Tesla intending to start manufacturing vehicles in July 2021, it would seem that Diess would want to keep a competitor at bay and not reveal his plans for an electric car. But he was more than willing to show Musk around. Why?

While company collaborations are rare in the automotive sector, a Tesla and Volkswagen one wouldn’t be a far-fetched idea. The two companies have executives that are more than willing to show their products to each other, and the two could also help each other in improving their businesses. Volkswagen has been building cars in Germany since 1937. Eighty-five years of market data could help Tesla make an enormous impact on the German market, and Volkswagen could undoubtedly share some hints if Tesla required them.

Meanwhile, Volkswagen has had a very public problem with its MEB infrastructure within the ID family of cars. Tesla, on the other hand, has established itself as the most prominent figure in terms of software and EV tech, and it could always lend a helping hand to Volkswagen, especially considering Musk is more than willing to help electrified fleets come to life. “Tesla is open to licensing software and supplying powertrains & batteries,” Musk said to Teslarati In July. “We’re just trying to accelerate sustainable energy, not crush competitors!

Whether the two companies decide to help, each other remains to be seen. But, the partnership will help both Tesla and Volkswagen out, and in the big picture, enable the acceleration to sustainable energy to occur faster.

Tesla and Volkswagen: from fierce competitors to unlikely allies