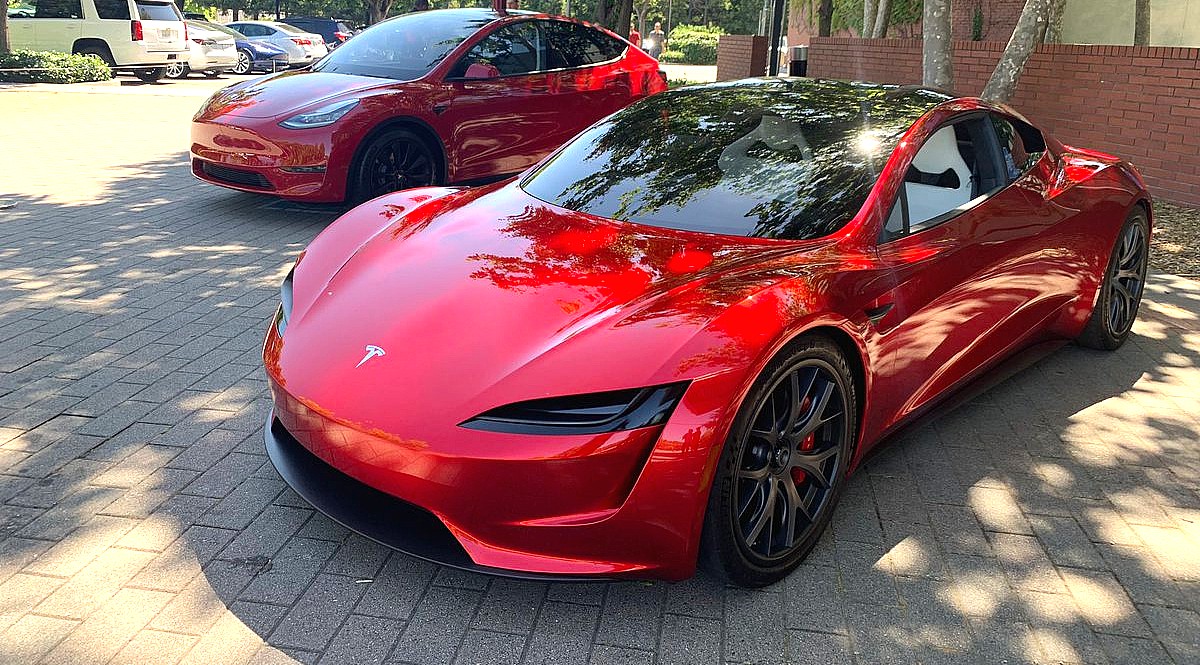 Tesla (NASDAQ: TSLA) revealed an impressive third-quarter in terms of production, deliveries, and profitability during its Q3 Earnings Call on October 21st. The quarter was referred to as “our best quarter in history” by CEO Elon Musk, and analysts at various Wall Street firms have revised their price target outlooks for the electric automaker.

Analysts at Baird, JMP Securities, Oppenheimer, Wedbush, and Canaccord Genuity all revised their outlooks for Tesla’s stock by increasing their price targets. The boost in PTs without a doubt came from Tesla’s impressive Q3 performance, but each analyst had their own reasoning for the figure they came up with.

Baird analysts Ben Kallo and David Katter bumped their price target to $488 from $450, marking the second time they’ve upgraded Tesla’s outlook in October. The Baird analysts also upgraded TSLA shares to “Outperform.” Interestingly, Kallo and Katter’s note to investors indicated that they were wrong for downgrading the stock to a “Neutral” rating in January, stating that their move was “too early.” After their revised “Neutral” rating, TSLA shares soared over 400% on the year.

“Clearly incorrect, we are now upgrading share as we think TSLA has the substantial access and ability to deploy capital, and has multiple ways to drive substantial revenue growth,” Baird’s note said to investors. “Tesla’s competitive moat over peers is substantial (and growing, enabled buy rapid capital deployment) and we think it is unlikely traditional OEMs [original equipment manufacturers] will be able to effectively compete over time.”

Joseph Osha and Hilary Cauley of JMP Securities boosted their price targets for TSLA stock to $516 after the Q3 Earnings Call. The two analysts also upgraded the stock with an “Outperform” rating.

“In terms of the stock, we have tried to keep our eye on the horizon as opposed to being influenced by quarter-to-quarter developments. Even though commentary yesterday caused us to raise our outlook for 2021, it does not by itself give us cause to change our stance on the stock,” JMP wrote to investors in a note. “That said, we do believe the outlook for margins and for cash flow generation over the next several years appears to be higher than we thought. This impacts not only our financial model, but also the level of risk we assign to our 2025 outcome and the multiple we apply.”

Oppenheimer analyst Colin Rusch boosted his price target to $486 from $451 and also placed an “Outperform” rating on TSLA stock. Rusch is a notable Tesla bull who has advised long-term investors to buy the automaker’s stock “on any near-term weakness.” Additionally, Rusch has stated in the past that perhaps Tesla’s biggest advantage is software and Over-the-Air Updates, which have stumped legacy automakers.

In terms of the Q3 Earnings Call, Rusch’s outlook is based on financials and Tesla’s future developments. “We are encouraged by improving manufacturing margins and factory throughput, which gives us comfort in raising out-year GM estimates and PT,” he said. “We are watching closing for accelerating growth in recurring revenue from insurance, financing, software-driven applications like robotaxi’s, which may begin to shift valuation multiples higher.”

Wedbush’s Dan Ives boosted his Bull Case price target to $800 following the Q3 Earnings Call and reflects on the potential of Giga Shanghai’s output as a clear indicator of Tesla’s future success. While his base price target remained at $500 with a “Neutral” rating, Ives does see overwhelming EV demand growth playing out in Tesla’s favor.

“China remains the ‘hearts and lungs’ of the Tesla demand growth story playing out over the next year along with underlying Europe EV strength playing out in the field,” Ives wrote. “We are raising our bull case from $700 to $800 reflecting these improving demand/profitability dynamics heading into 2021 for Tesla despite a soft macro and COVID backdrop.”

Jed Dorsheimer of Canaccord Genuity maintained a “Hold” rating but boosted his price target to $419 from $377. Dorsheimer’s main outlook has been boosted based on Tesla’s focus on automotive manufacturing, which has been a main concern moving forward to increase efficiency and production output.

“TSLA remains a juggernaut in the EV space that deserves credit for the vision and willingness to challenge the status quo in auto manufacturing. We maintain our HOLD rating though, as we feel the bull-bear debate is unlikely to abate and valuation appears rich by any standard,” Dorsheimer’s note to investors stated.

Tesla recorded its fifth-consecutive quarterly profit, non-GAAP earnings of $0.76 per share, $809M GAAP operating income and a $5.9B increase in cash and cash equivalents.