Tesla stock (NASDAQ:TSLA) has experienced a roller coaster of a month this June, at one point almost coming within reach of its all-time high before plunging back 6.9% last week and settling at $333.63. As of June 22, Tesla had risen 25.4% quarter-to-date, making it one of the best-performing stock among automakers. Since then, however, the company’s shares have plunged ~10% amid reservations about the viability of the Model 3’s fourth assembly line and an ongoing lawsuit against a former employee.

Tesla has a huge week ahead, with the second quarter of 2018 ending this coming Saturday; and with it, its deadline to hit its goal of manufacturing 5,000 Model 3 per week. The all-elusive goal has hung over the Elon Musk-led company since the Model 3 started production mid-2017. This time, however, Tesla is closer to its target than ever before, thanks to another assembly line for the compact electric car set up in a massive sprung structure on the Fremont factory’s grounds. As the end of Q2 approaches, however, the Elon Musk-led company’s critics are upping the ante in their attempts to bring the electric car maker’s shares down. 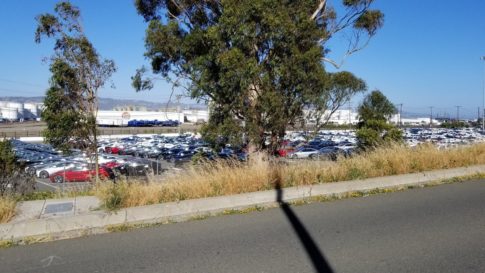 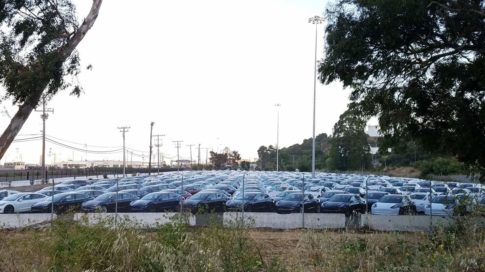 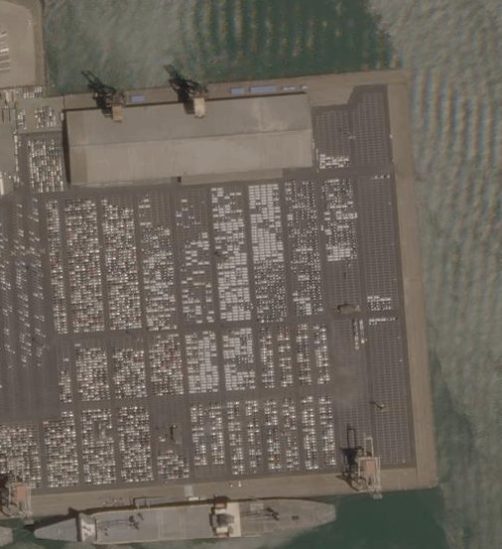 Apart from expressing doubts about the company’s ability to scale the production of the Model 3, Tesla’s critics are now focusing on the feasibility of the compact electric car’s newest assembly line. Sanford C. Bernstein & Co. financial analyst Max Warburton, for one, called Tesla’s strategy “insanity,” citing the unusual nature of the tent-housed line. Investors’ sentiments also appear to have soured after the company filed a lawsuit against Martin Tripp, a former employee accused of hacking into the company’s manufacturing operating system, exporting confidential data to external entities, and misreporting to the media. Tripp is currently fighting back, claiming he was a whistleblower.

Recent signs, however, seem to be pointing in favor of Tesla. This weekend alone, photographs and videos of massive lots filled with the compact electric car emerged online. While the number of the vehicles spotted in these sightings is difficult to estimate, one thing is very clear — Tesla’s production numbers for the compact electric car for the second quarter of 2018 would be its most impressive yet.

Quick road trip from SF to LA. This is the second trailer full of #Tesla #model3 I’ve seen this morning. $tsla And yes, thats @jonnajarian on @HalftimeReport in the background lol cc @GerberKawasaki pic.twitter.com/FTy8vhTsgV

Just yesterday, John Totah, a Tesla employee working at Gigafactory 1, also posted a tweet suggesting that the company has managed to hit a production throughput of 5,000 units per week. Totah eventually set his Twitter profile on private, but not before he added a public comment stating that Tesla’s current lines for Gigafactory 1 in Nevada already have the potential to produce 6,000 Model 3 battery packs per week — a target that was mentioned in a leaked email from Elon Musk earlier this year. While Totah’s tweet does not directly translate to a production output of 5,000 Model 3 per week, knowing that Gigafactory 1 is manufacturing battery packs at a pace equivalent to the company’s Q2 2018 target bodes well for Tesla.