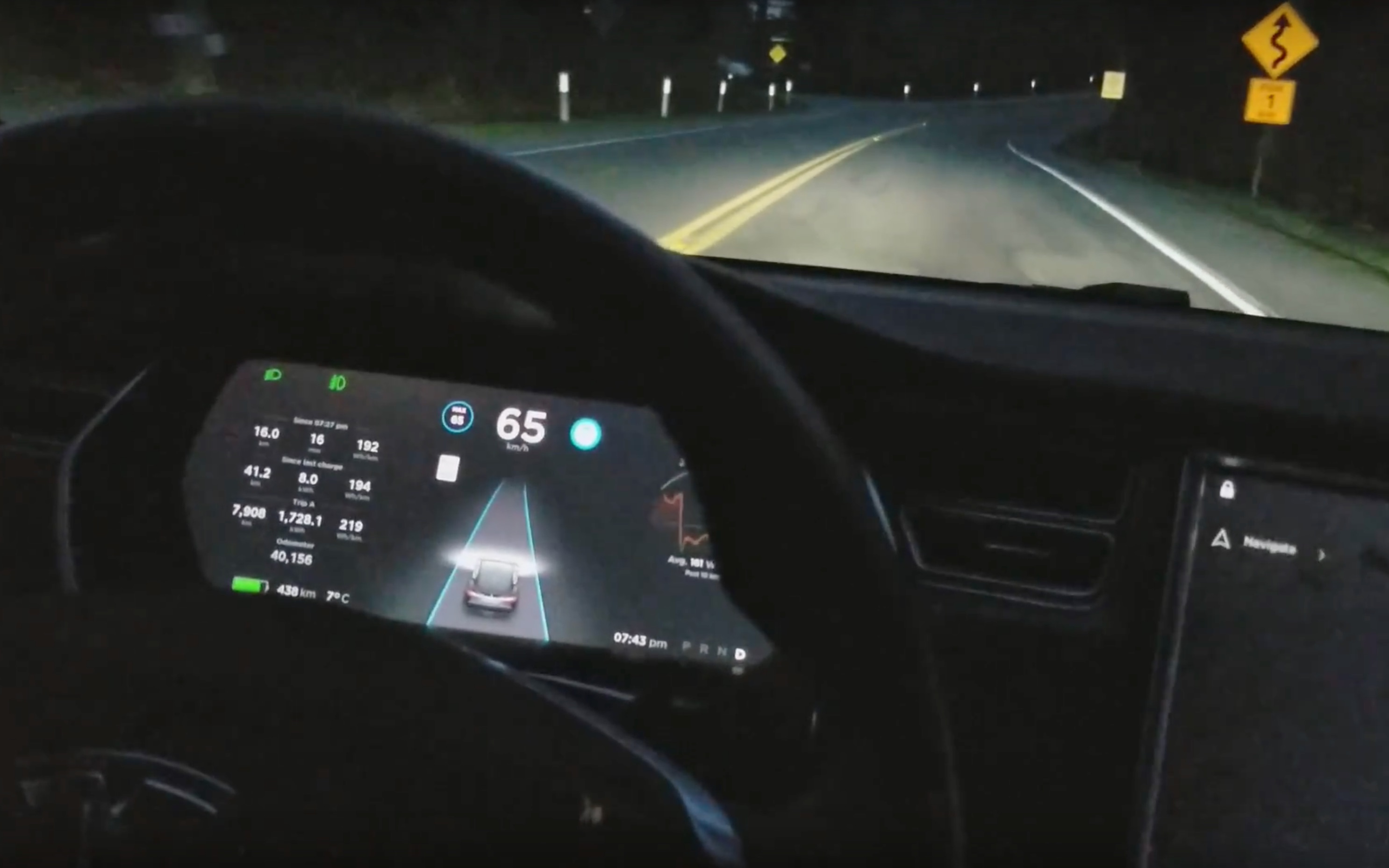 Tesla’s latest Autopilot rewrite is getting rave reviews from owners

Tesla began rolling out its latest Autopilot update to its fleet of AP 2.0 vehicles last week, to much acclaim from Model S and X owners worldwide. From improved lane-changing to better handling on long, twisty roads, Tesla’s v8.1 2018.10.4 update featured what could very well be the biggest improvements to the Autopilot 2.0 suite since it was introduced in October 2016.

Based on observations from Model S and X owners, it appears that the latest over-the-air update greatly improved the vehicles’ lane-keeping capabilities, with AP 2.0 now holding a lane without ping-ponging from one side to the next. Sharp curves and hills are also handled smoothly, showing a dramatic improvement over prior versions of Autopilot.

Lane changes, which used to cause jerky movements on the car’s steering, are now smooth and refined as well. This is not all, however, as even conditions that gave difficulty to Tesla’s reliable first generation Autopilot system, such as snow and sleet-filled roads with low visibility, were handled by AP 2.0 under 2018.10.4 with ease.

Amidst positive reactions to the most recent OTA update, Tesla AI Director Andrej Karpathy expressed his gratitude to the Tesla community, revealing that 2018.10.4 is the result of a fairly extensive rewrite. This statement is noteworthy, especially since it seems to be a direct reference to the company’s announcement in its letter to shareholders back in Q3 2017. In the investor communication, Tesla stated that a “rapid rollout of additional functionality” would happen over the next few months, thanks to the company’s progress in its artificial intelligence and neural net technology.

Built on the NVIDIA Drive PX2 AI computing platform, Tesla’s Autopilot 2.0 suite with Tesla Vision is Elon Musk’s ambitious initiative to transform the company’s fleet of vehicles into a fully-autonomous system of transportation. According to Musk, AP 2.0 hardware, which includes 8 cameras, 12 ultrasonic sensors, and a forward-facing radar with enhanced processing capabilities, would be enough to attain full self-driving capabilities. Custom Autopilot 2.0 hardware is also expected to be released in the future, with Musk revealing back in December that Tesla is in the process of developing its own custom AI chips for its electric cars.

While Model S and Model X equipped with Autopilot 2.0 hardware is presumed to be capable of full autonomy, it is only as good as its AI-based software. In this regard, Tesla had taken some time before it was able to refine and calibrate its software stack. Major improvements for AP2.0 were teased on the company’s Q4 2017 update letter when Tesla stated that the overhaul of its cars’ software had been completed. Tesla took particular note of its neural net then, which allows its vehicles to continuously learn as the number of Tesla’s cars on the road increases.

“The upcoming autonomous coast-to-coast drive will showcase a major leap forward for our self-driving technology. Additionally, an extensive overhaul of the underlying architecture of our software has now been completed, which has enabled a step-change improvement in the collection and analysis of data and fundamentally enhanced its machine learning capabilities. Our neural net, which expands as our customer fleet grows, is able to collect and analyze more high-quality data than ever before, enabling us to rollout a series of new Autopilot features in 2018 and beyond.”

Considering the state of AP 2.0 after the rollout of version 8.1 (2018.10.4), it seems Musk’s statement that an autonomous coast-to-coast drive would be demonstrated within the next six months could be a reality. During Tesla’s Q4 2017 earnings call back in February, Musk admitted that a cross-country Autopilot drive would have been possible last year, but compromises, such as the creation of a specialized code for a specific route, had to be done. According to Musk, Tesla was not willing to take this compromise.

“We could have done the coast-to-coast drive, but it would have required too much specialized code to effectively game it or make it somewhat brittle and that it would work for one particular route, but not the general solution. So I think we would be able to repeat it, but if it’s just not any other route, which is not really a true solution,” Musk said.

Tesla’s latest Autopilot rewrite is getting rave reviews from owners