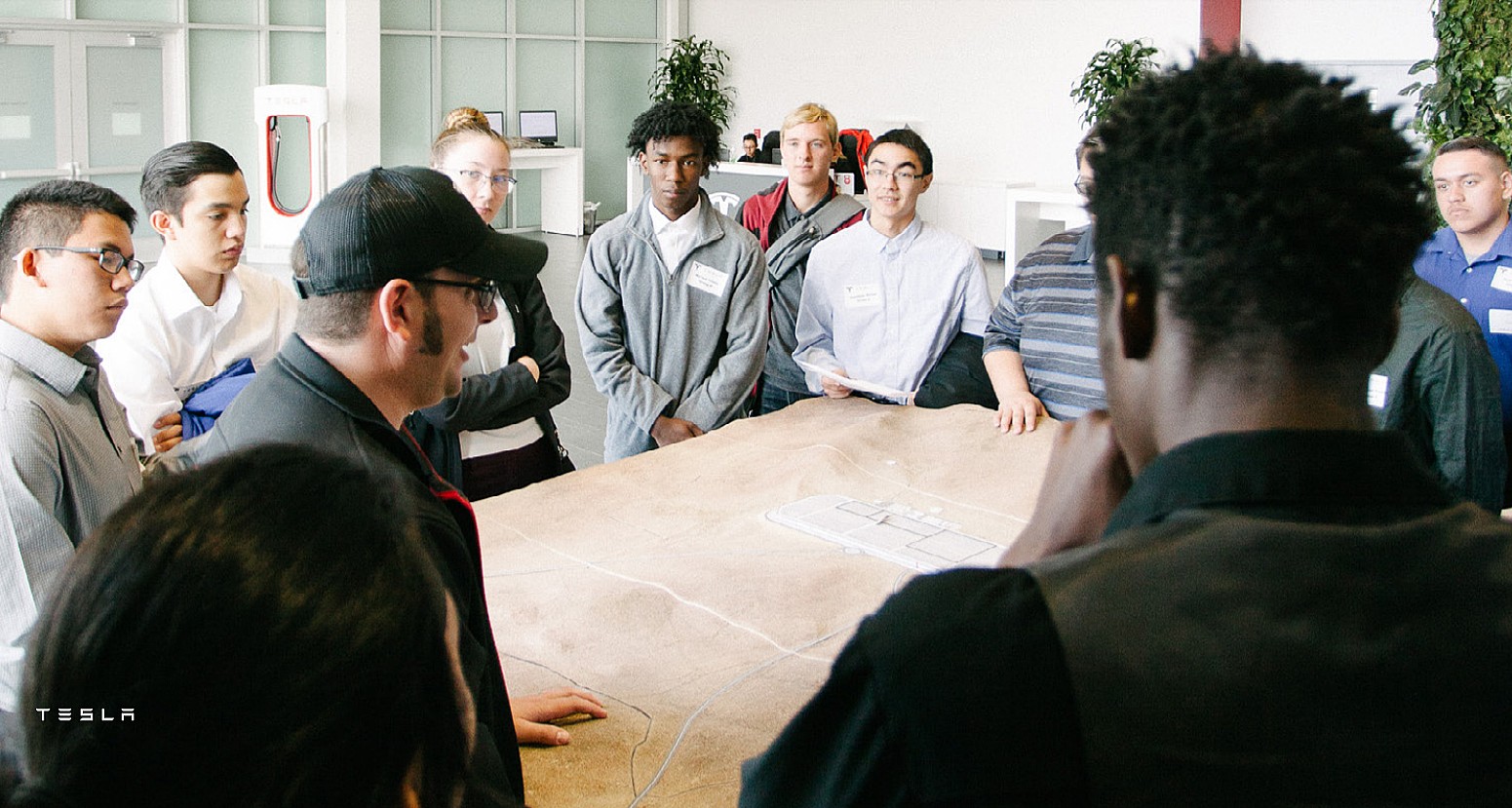 A batch of students who attended the first-ever Tesla START program at the Electric Vehicle Training Center in Miami Dade College’s (MDC) West Campus graduated today. The school is home to a one-of-a-kind training center that has partnered with Tesla for an intensive 12-week course designed to prepare students for a career as an electric car technician.

Tesla introduced the program so it could provide those interested in a future involving electric vehicle repair and servicing with a comprehensive and proper education in a relatively short amount of time. Tesla’s website states, “During the program, students will develop technical expertise and earn certifications through a blended approach of in-class theory, hands-on labs, and self-paced learning.”

The program has helped over 200 students at six different colleges across the United States gain knowledge regarding battery architecture, charging technology, and Tesla-specific repair procedures. This training will then lead to employment with Tesla at one of its many service centers located in North America.

“Our new Electric Vehicle Service (EVS) Center will allow students in the Southeast United States to train as electric vehicle technicians in our state-of-the-art facility,” MDC west campus president Dr. Beverly Moore-Garcia said in a press release from the school. “Miami Dade College is committed to establishing industry partnerships such as the one with Tesla to provide students with industry skills and certifications which lead to in-demand careers.”

The growing electric car industry will offer more jobs for those who are interested in working on battery-powered cars. The demand for electric vehicles is steadily increasing, and MDC is focused on providing its students with jobs following the conclusion of their education.

“With the opening of the new training center, students will be able to compete for opportunities in the growing field of electric vehicle service technicians,” MDC’s Interim President Dr. Rolando Montoya stated. “The College continues to provide our students with cutting-edge technology training programs in preparation of today’s competitive global workplace.”

Tesla is leading the charge in the transition to vehicles not powered by petrol-based products. In fact, Reuters reported in October that Tesla is officially the United States’ most valuable car company after its market capitalization was quoted at $53 billion following the release of its Q3 earnings report. This figure is $2 billion above General Motors, the company recognized as the United States’ most valuable carmaker following the conclusion Q2 2019.

Tesla’s START program is available in California, Florida, North Carolina, New York, and Washington State at various colleges. Those interested in reading more about the program, or those who want to apply can read more about it here.