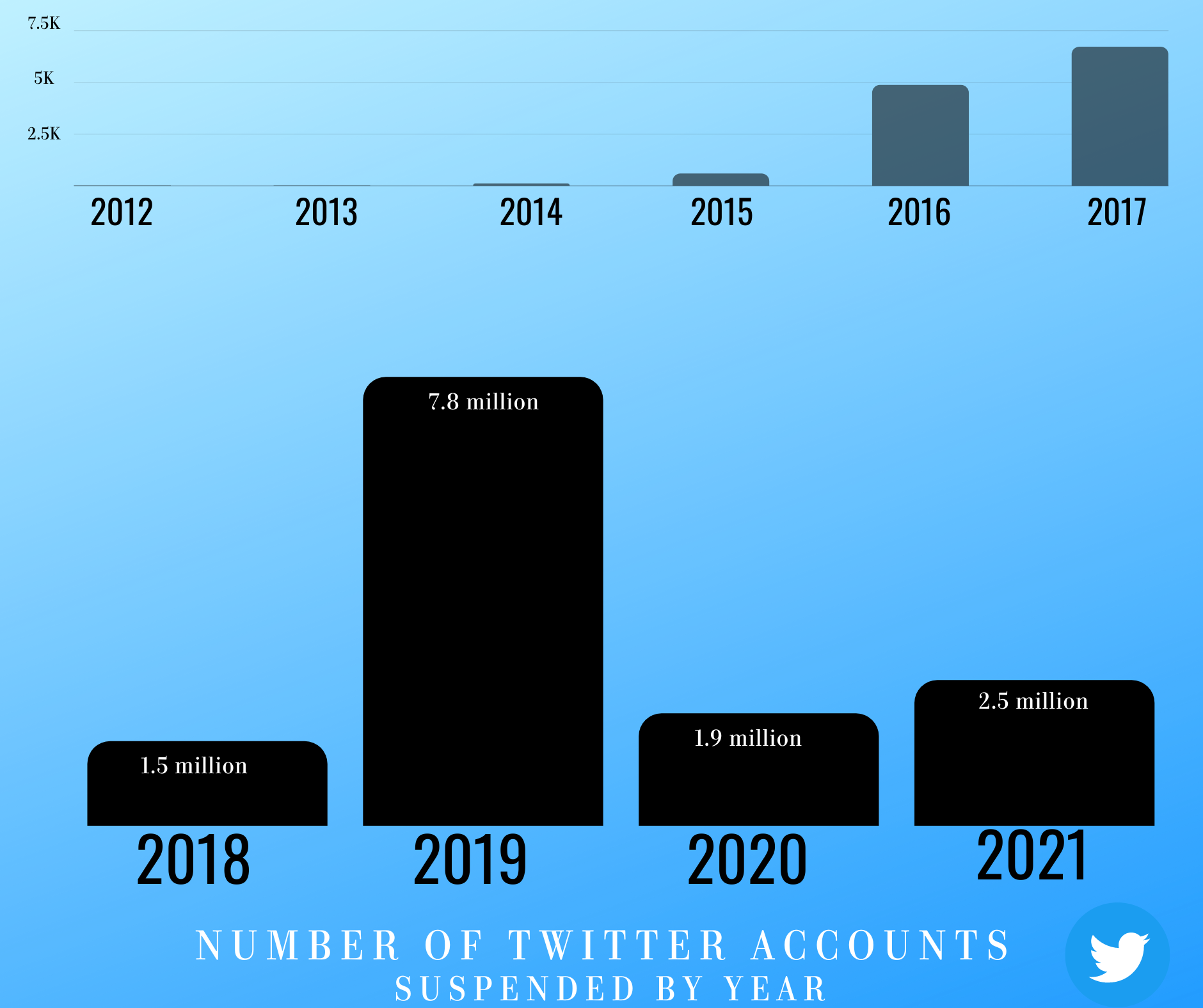 Twitter suspended 14 million accounts between 2012 and 2021, a new study by Whizcase found. Whizcase shared its data with Teslarati along with another report on the trends and prices of illegally sold hacked social media and entertainment accounts.

The study concluded that not only has Twitter suspended millions of accounts, but there were also 312 accounts permanently or temporarily suspended, 21,039,393 accounts were actioned, and 24,781,425 tweets were deleted.

In 2019, Twitter suspended 7.8 million accounts, and the top three reasons these were suspended were:

For its methodology, Whizcase said that it used the WayBackMachine to dig into archive pages of Twitter statistics, and it also monitored the news regarding Twitter suspensions in recent years.

Since acquiring the platform, Elon Musk has questioned many of its past decisions. It has even prioritized the removal of child sexual abuse material, of which Twitter has failed to remove 70%, a report by Ghost Data found in September.

This will forever be our top priority

For advocates wanting child sexual abuse material removed from Twitter, this is not enough. Eliza Bleu, an advocate and survivor of sex trafficking whose voice has been heard by Elon Musk, told Teslarati that this is why she always emphasized: “at scale.”

Twitter has a long history of being lenient on this type of content, and it wasn’t until after Elon Musk took over that the platform began to make removing it the top priority.

“They removed content, just not at scale,” Bleu told Teslarati. “That’s why I always say ‘at scale’.”  She referenced an August article from The Verge, which interviewed several Twitter employees. One told The Verge, “Twitter cannot accurately detect child sexual exploitation and non-consensual nudity at scale,”

Twitter has also been known to wrongfully suspend users for sensitive media, violence, and even non-consensual nudity. This is something Elon Musk has also been addressing.

Sorry about that. Fixing as fast as possible!