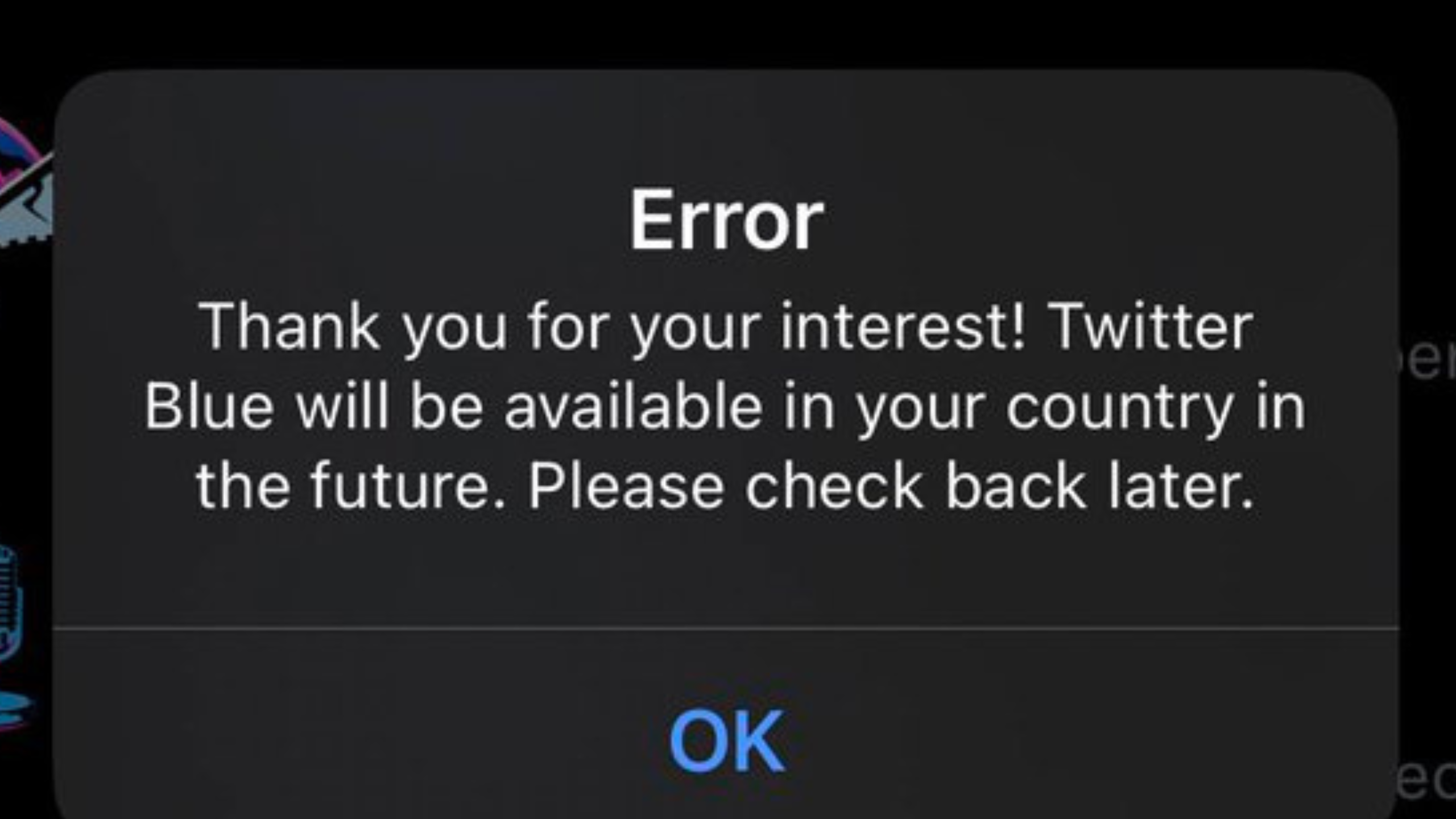 Twitter users are reporting errors when signing up for Twitter Blue verifications and have been sharing screenshots of those error messages. Other reports suggest this is to fight back against brand impersonations that have been happening over the past few days.

Elon Musk’s takeover of Twitter continues bringing more changes to the platform as new challenges present themselves. One such challenge is the impersonation of brands. Those impersonating brands and people include Elon Musk, Tesla, former President George W. Bush, LeBron James, Nintendo, and many others.

The challenge that Twitter is facing now is that it is vulnerable to those will ill intentions who want to spread misinformation, as well as critics who want to cause trouble and pranksters having a bit of fun. Impersonating brands such as Tesla and claiming that Tesla builds cars and solar panels that catch on fire is just one of many examples.

As of Friday morning, Twitter users began noticing that they could no longer sign up for Twitter Blue, and reports of the service being paused and/or canceled began to circulate. Several Twitter users are posting screenshots of an error message they received when trying to subscribe to Twitter blue. For some, the option isn’t visible in the sidebar.

Sign-ups for Twitter Blue appear to have reportedly been paused to help address impersonation issues pic.twitter.com/kmHpTLcOD0

CNBC noted that some users have gotten Twitter Blue but had their verifications taken away. However, the Twitter user who made that claim tweeted from an Android device. The new Twitter Blue was currently available to those using iOS.

On Wednesday, he said that the rollout of the new verified Blue was limited to just iOS in a few countries.

Rollout of new verified Blue is intentionally limited just to iOS in a few countries with very little promotion.

As we iron out issues, we will expand worldwide on all platforms.

On Thursday night, Elon Musk tweeted that accounts engaged in parody must include “parody” in their name and not just in their Twitter bio. “To be more precise, accounts doing parody impersonations. Basically, tricking people is not ok.”

On Friday, Elon Musk noted that the $8 subscription needed some tweaks but was proceeding well. This was in response to Bitcoin Archive’s question asking Elon Musk to confirm the number of subscribers.