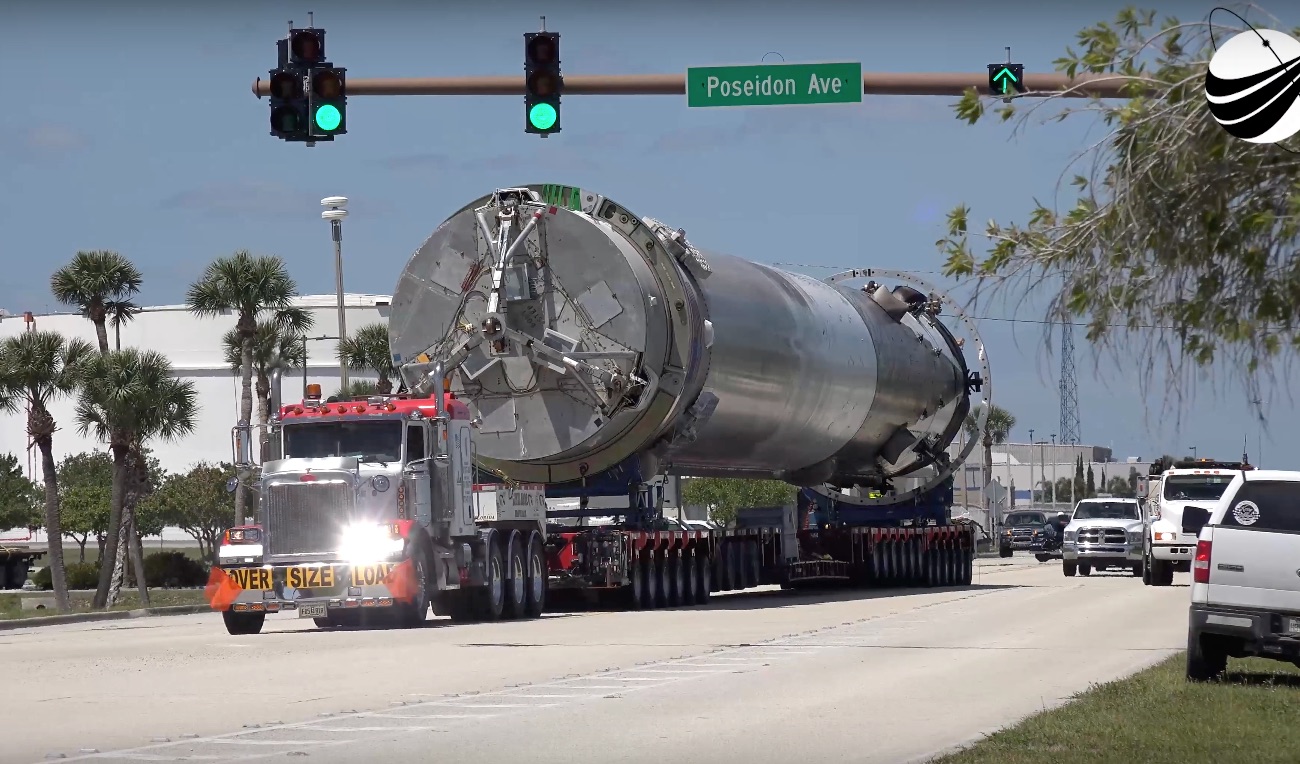 The Falcon 9 rocket that launched a payload of supplies for the ISS is now back at the Kennedy Space Center after an 18 mile long journey aboard a specially constructed trailer.

The SpaceX Falcon 9 rocket has made its way back home to the Kennedy Space Center in Cape Canaveral Florida after successfully launching 7,000 pounds of cargo to the International Space Station.

A video captured by Veteran Space Report – a non-profit video production company run by disabled US Veterans – shows the SpaceX ground crew guiding the 21 story long and 12 foot diameter Falcon 9 booster through an intersection and down local city streets. The rocket was transported on a special tractor trailer for 18 miles by road, and back to the location where its flight began. SpaceX says the rocket may be reused as early as next month.

Tuesday night, Elon tweeted a photo of the Falcon 9 lying next to the first Falcon 9 that landed successfully back at the Kennedy Space Center late last year. That rocket may not fly again since Musk has intentions to preserve SpaceX’s first rocket to ever be recovered from the edge of space by way of a self-guided landing.

By land and sea pic.twitter.com/C5QWfNy99r

SpaceX achieved the unthinkable a second time on April 8 when it made another successful return landing of its Falcon 9 first-stage rocket, this time onto the Of Course I Still Love You drone ship floating in the Atlantic Ocean down range from the launch site. The experimental landing marked a pivotal moment for SpaceX as it validated the company’s ability to reuse rockets and introduce cost savings of 30% for quicker turnaround on space missions.

Ultimately, SpaceX and its competitors seek to build rockets that can be reused up to 100 times as the business of space travel matures. Reusable rockets will one day enable space tourism, but also the more critical next phase of space travel envisioned by Musk — colonizing Mars.