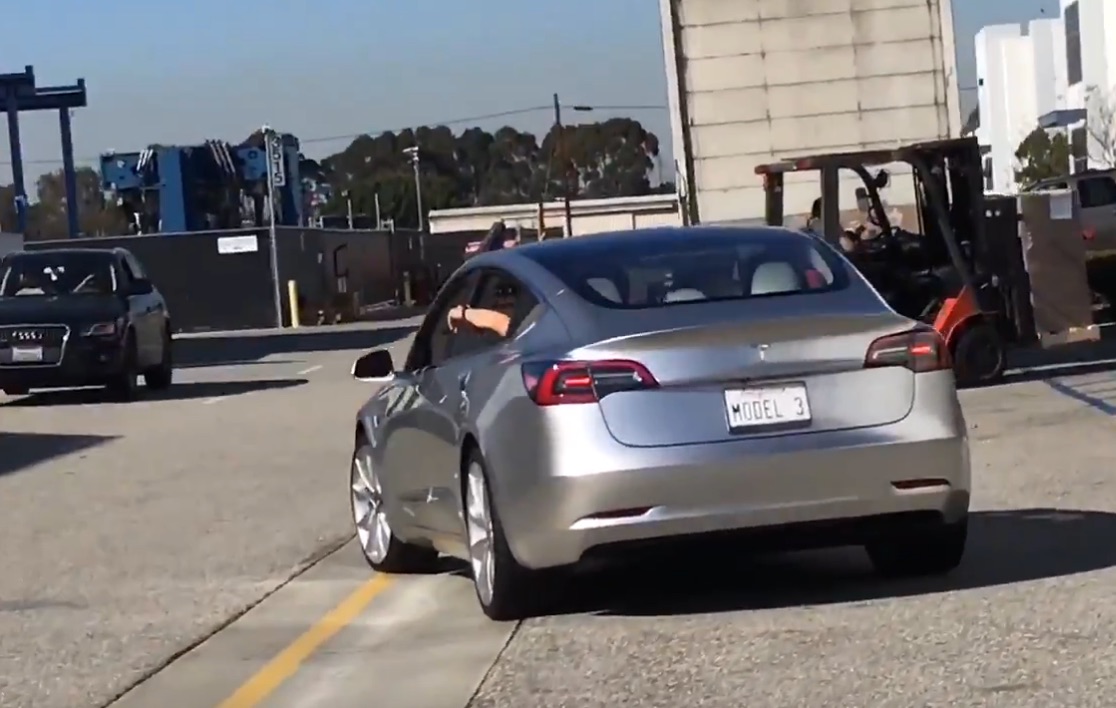 Following our recent report that a silver Tesla Model 3 was spotted testing near the Hyperloop test track in Hawthorne, Calif., a new video has emerged showing Tesla’s prototype cruising around the backlot of SpaceX. The video was captured by Unplugged Performance, the same folks who originally spotted the Model 3 outside of their Tesla tuning facility that is neighbor to Tesla’s Design Studio and SpaceX.

Though some viewers of Unplugged’s initial Instagram video of the Model 3 had suggested that it was a Beta car that was equipped with side mounted cameras and fully autonomous hardware made available on Autopilot 2.0 cars, the latest video clearly shows that this Model 3 was not a Full Self-Driving capable vehicle. In fact, the car looks to be the same Alpha car that debuted during last year’s Model 3 unveiling event.

With test builds of Model 3 having begun last month and initial production planned for July, it’s likely that we’ll begin to see Model 3 Beta vehicles testing near the company’s Fremont, California factory, and on the streets of nearby Silicon Valley where Tesla’s headquarters resides, in the coming months.

Tesla CEO Elon Musk said during the company’s recent earnings call that first “Founders Series” Model 3 will go to employees, followed by current Tesla owners residing on the west coast. Musk also noted during the call that Model 3 Design Studio was “three to four months away”, leaving many anxious Model 3 reservation holders wanting to believe that an invitation to configure their vehicles will arrive in June.

Did you happen to see a Model 3 in the wild? Send us a tip at tips@teslarati.com or submit an anonymous tip and photo through our iOS and Android app. Photos can also be posted into the Model 3 spy shots forum thread.