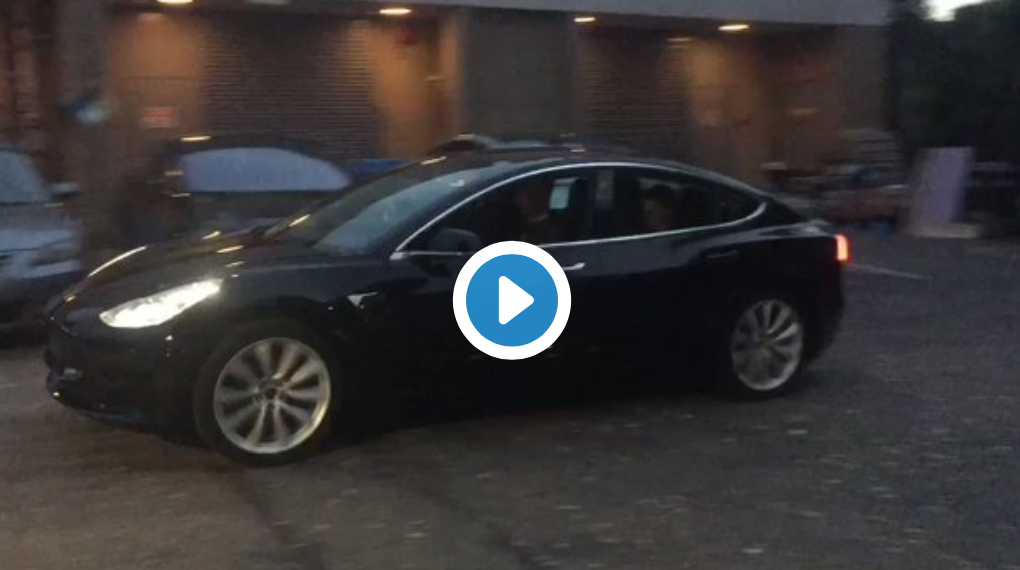 Elon Musk took to Twitter this morning to shed more details on the upcoming Model 3, expected to hit production in July. Musk stated, “Model 3 is just a smaller, more affordable version of Model S w less range & power & fewer features. Model S has more advanced technology.” While this isn’t exactly new information, some have been led to believe that Model 3 is Tesla’s next-generation vehicle. In fact, the Model 3 is the first vehicle on Tesla’s next-generation platform for smaller vehicles. The Model S will still be the flagship of Tesla and Musk plans to keep his Model S.

“The Model S produced today is arguably version 4. Let me put it this way: it is the car I will keep driving even after Model 3 arrives.” – Elon Musk

Musk also made it clear that the Model 3 is representative of an E, but because of trademark issues with Ford’s E-Series, he switched it to the Model 3. The video of the first Model 3 release candidate shows the cars performance and sleek design in motion. The release candidate is a vehicle that is very close to the production version as the company prepares for the production ramp-up.

First drive of a release candidate version of Model 3 pic.twitter.com/zcs6j1YRa4

Sticking with one display in Model 3

During Musk’s rapid fire tweetstorm, he also revealed that the Model 3 still has one dashboard display in hopes that the vehicles will be fully autonomous very soon. We have previously reported that Tesla could be interested in integrating a head-up display in the Model 3 to help aid in the transition to fully autonomous vehicles is certainly something that some drivers

Having one display instead of two is certainly something that some drivers may not like at first, but Musk plans to enable full self-driving in the Model 3, where a center dash screen is unnecessary. By simplifying this display design, Tesla can save money and deliver the vehicle on time, just 4 months from now.

@arctechinc The more autonomous a car is, the less dash info you need. How often do you look at the instrument panel when being driven in a taxi?

Musk also stated all of the advantages the Model S has over the Model 3, “Only Model S will have the seven seater option, more cargo space, plus higher range, acceleration, two screens vs. one, auto extend handles …” He also said that a “performance” Model 3 will most likely be available a year from now, not at launch.

The base Model 3 is expected to have a range of 215 miles and a 0-60 secs in less than 6 seconds. It is unclear what battery upgrade options will be available at launch, which is expected to offer more range and faster acceleration. Musk also announced that the Model 3 will be launched with RWD only, you can read more about that here.

Musk also stated during his tweetstorm that he was on his way to Cape Canaveral, which is why he is blowing up everyone’s Twitter accounts.