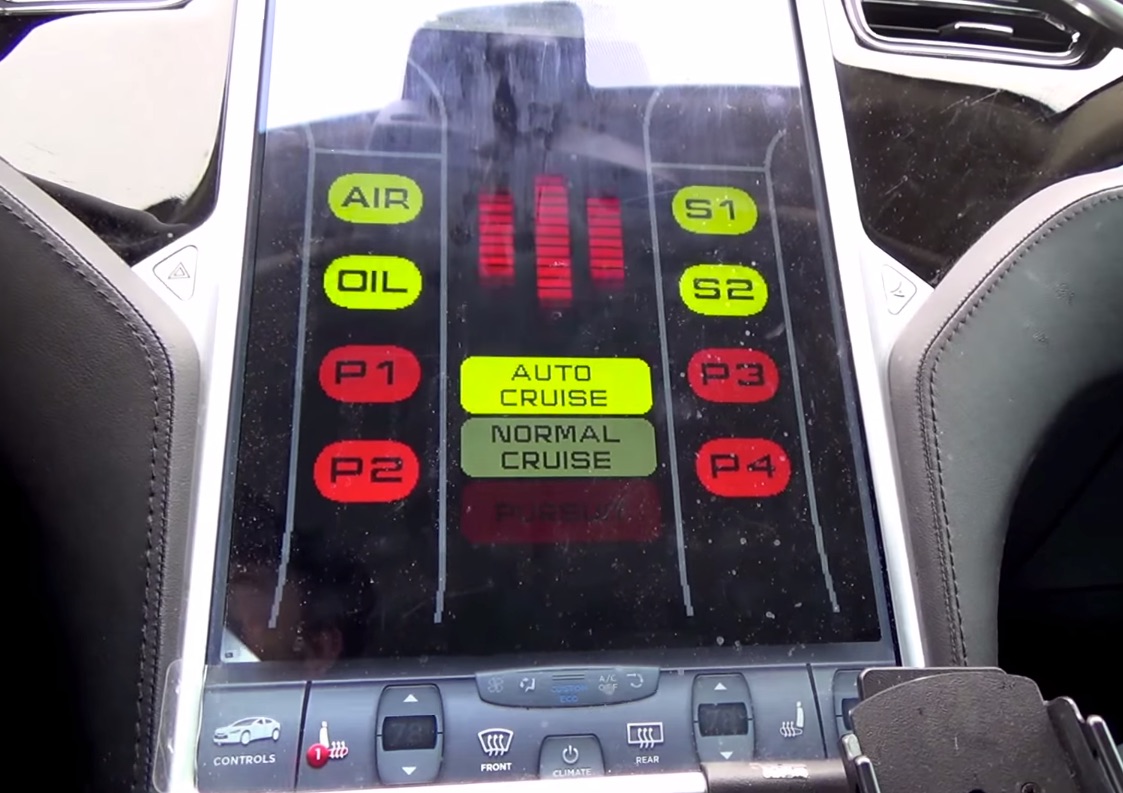 Owning a Tesla Model S is the closest anyone can get to having their very own Knight Industries Two Thousand also known as KITT. This fictional character from the popular television show in the 80’s was an artificially intelligent computing system within a highly advanced performance car. KITT was essentially an advanced computer on wheels with microprocessors that allowed the car to learn patterns and “think” on its own. A large center infotainment system with touch-activated controls acted as the main command center for the vehicle. KITT also had the capability to intelligently alert of dangerous road conditions, self-drive using autopilot and be summoned by its driver. Like KITT, the Tesla Model S is a super computer on wheels utilizing intelligent machine learning algorithms which allows it to create profiles geared towards its owner’s driving patterns. Drawing even more parallels to the famed Knight Rider car, a future release of Firmware 7.0 will allow the Model S to self-drive to your location and pick you up (only within private property for legal reasons). Elon has also said that the car will be intelligent enough to drive itself into a garage and shut the garage when parked. All new Model S’ are equipped with advanced radar and sonar capabilities that allows the vehicle to go into an ‘autopilot’ mode.

With all of these technological advancements, the Tesla Model S is no doubt the modern day Knight Rider.

Here are some fun ways on how to upgrade your Model S to become KITT.