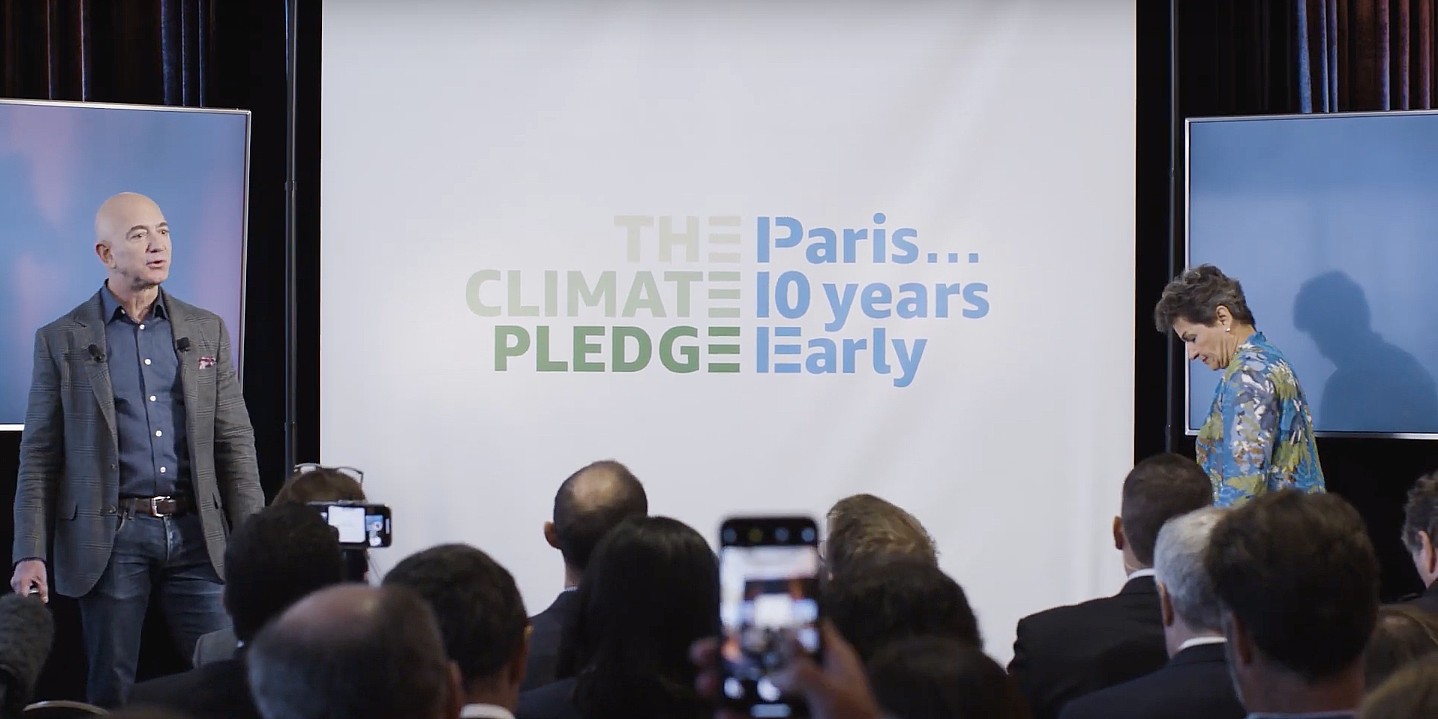 Just a few weeks ago, Amazon CEO Jeff Bezos announced that his company would be purchasing 100,000 Rivian electric vans to deliver its packages, as well as provide more eco-friendly packaging. The decisions were made after employees demanded he take the necessary steps to reduce the carbon footprint the e-commerce giant was causing. Bezos complied, alleviating the possible strike that Amazon employees were poised to take part in.

It finally seemed like one of the world’s biggest companies was taking an environmental approach to its business model, but that may not entirely be the case. As revealed by a press release from Weatherford, one of the world’s leading oilfield service companies, Amazon was one of the main contributors to the U.S. Oil and Gas Industry’s “Production 4.0” forum at the Enterprise Software Conference in Houston, Texas. The forum’s theme was simple — it centers on the development of technology that can accelerate and improve oil production.

The irony of Amazon’s decision to join this conference is notable. The company, after all, previously committed to delivering its new, environmentally-conscious packages via electric vehicle just a few short weeks ago, and now is helping the oil industry thrive. The future of gas and oil will not only contribute to the global climate crisis, but it also contributes to the decision to not have large corporations take a more environmentally-aggressive approach to the operations of their businesses. The influence Amazon might have carried with its decision to rely less on fossil fuels to power its vehicles could have convinced other companies to follow in its footsteps.

Bezos gained the respect of many eco-friendly groups when he announced his partnership with Rivian. The CEO invested $700M into the electric automaker in February 2019, making the impression that he and his company would begin gearing up for a future that would not include operating on fossil fuels. But when the company began its “Climate Pledge” in mid-September at the National Press Club, details were vague. Bezos was nevertheless adamant about doing his part to help reach the specifics of the Paris Agreement, and even took an aggressive line by stating that he wanted to accomplish the goals 10 years early. Despite the fact that the US will pull out of the agreement on behalf of President Donald Trump later this year, Amazon, at least at the time, have the impression that it was doing its part to contribute to environmental sustainability.

But unfortunately, the old saying “actions speak louder than words” is all too true here. All while Bezos and Amazon were taking the necessary steps to reduce its carbon footprint and become a company that will help the planet, it appears that they were putting an effort to help advance oil and gas companies just the same. It appears they have taken two steps forward and three steps back with this news. After all, when Bezos was asked at the National Press Club meeting in Washington, D.C. if he would sever ties with oil companies that Amazon supports, he gave a firm “No.”

Ten-thousand Rivian vans boasting the Amazon logo are due to hit the road and begin delivering packages in 2021, and the remaining 90,000 will be ready before 2030. It also intends to utilize Earth-friendly packaging materials, apart of the “Shipment Zero” plan, by the end of 2019. But the announcement of Amazon’s participation seems to somewhat derail, or at least delay, any ideas that the company was interested in becoming a sustainable company. After promising employees that it would begin an effort to become “green”, is Amazon really sincere in its efforts to help the climate after all?