Boring Co. gets go-ahead for tunnel expansion to Encore at Wynn Las Vegas

The Boring Company has received an approval for a License and Maintenance Agreement from Clark County, Nevada Officials to expand its Vegas Loop to the Encore at Wynn Las Vegas. The expansion was green-lit by Officials on December 1 and will operate at the right-of-way-on East Desert Inn and Paradise Road in Las Vegas.

The intersection of E. Desert and Paradise is also the intersection of two main points of interest that are related to the Boring Company project. At the intersection, the Las Vegas Convention Center and the LVCC Monorail Station are both located. The currently dug-out tunnel is located at the LVCC, and the LVCVA, who operates the LVCC, recently purchased the rights to the Las Vegas Monorail, giving the Boring Company more leeway in where it can establish future locations for tunnels.

Another step in the Las #Vegas people mover project. Commissioners just approved a license & maintenance agreement for @boringcompany to use part of the right-of-way on Desert Inn & Paradise to build & operate tunnels connecting the Las Vegas Convention Ctr. to @EncoreLasVegas. pic.twitter.com/WykHpRHUNe

The area of the intersection would be a great way to transport visitors from their hotels to resorts and clubs on the Strip. The intersection is located just East of the Strip and is surrounded by several chain hotels such as Residence Inn by Marriot, Courtyard by Marriot, and an Embassy Suites by Hilton.

These lodging choices provide places to sleep and perhaps some food options, but nothing compared to what is available on the Strip. The Encore at Wynn is located on the North end of the Strip and is surrounded by the Venetian, Treasure Island, the Mirage, Harrah’s, and Caesar’s Palace. All of these options provide entertainment and nightlife, as well as various dining options that will provide visitors with a full experience of what Las Vegas has to offer.

The underground tunnel that the Boring Company will eventually dig out on this route will provide a reasonable and fast mode of transportation from off-strip lodging options to the heart of the city. Inversely, traveling from the Wynn to the Convention Center will take only a few moments, so if there is an event that is being held at the LVCC, there will be quick and reliable transportation options that will move people from location to location with relative ease. 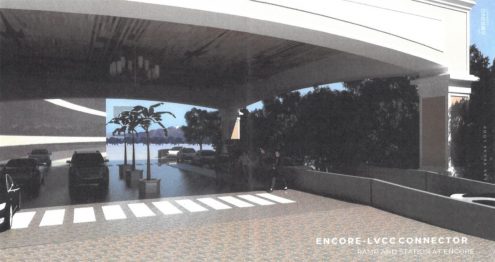 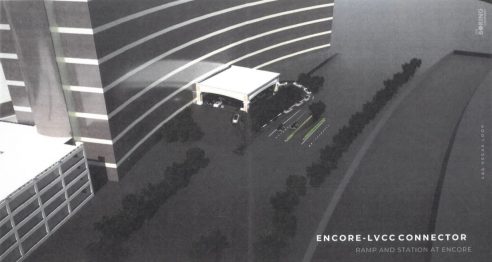 The Encore at Wynn becomes the second resort to be approved for the Boring Co.’s expansion of the Vegas Loop, the first being another Wynn-owned property of Resorts World.

The Boring Company expansion is far from over, though. Eventually, Elon Musk’s traffic solution company plans to have stops at nearly every major point of interest in Las Vegas, with approval for all of the locations needed. It will undoubtedly take some time to put together, but the new mode of people-moving in Las Vegas has some life, and resorts are beginning to recognize the significance of the Boring Co.’s plans. New transportation is needed in Las Vegas, and smaller, more personalized vehicles may be a great way to make public transport more appealing and could be a solution to traveling after the COVID-19 pandemic.

Boring Co. gets go-ahead for tunnel expansion to Encore at Wynn Las Vegas