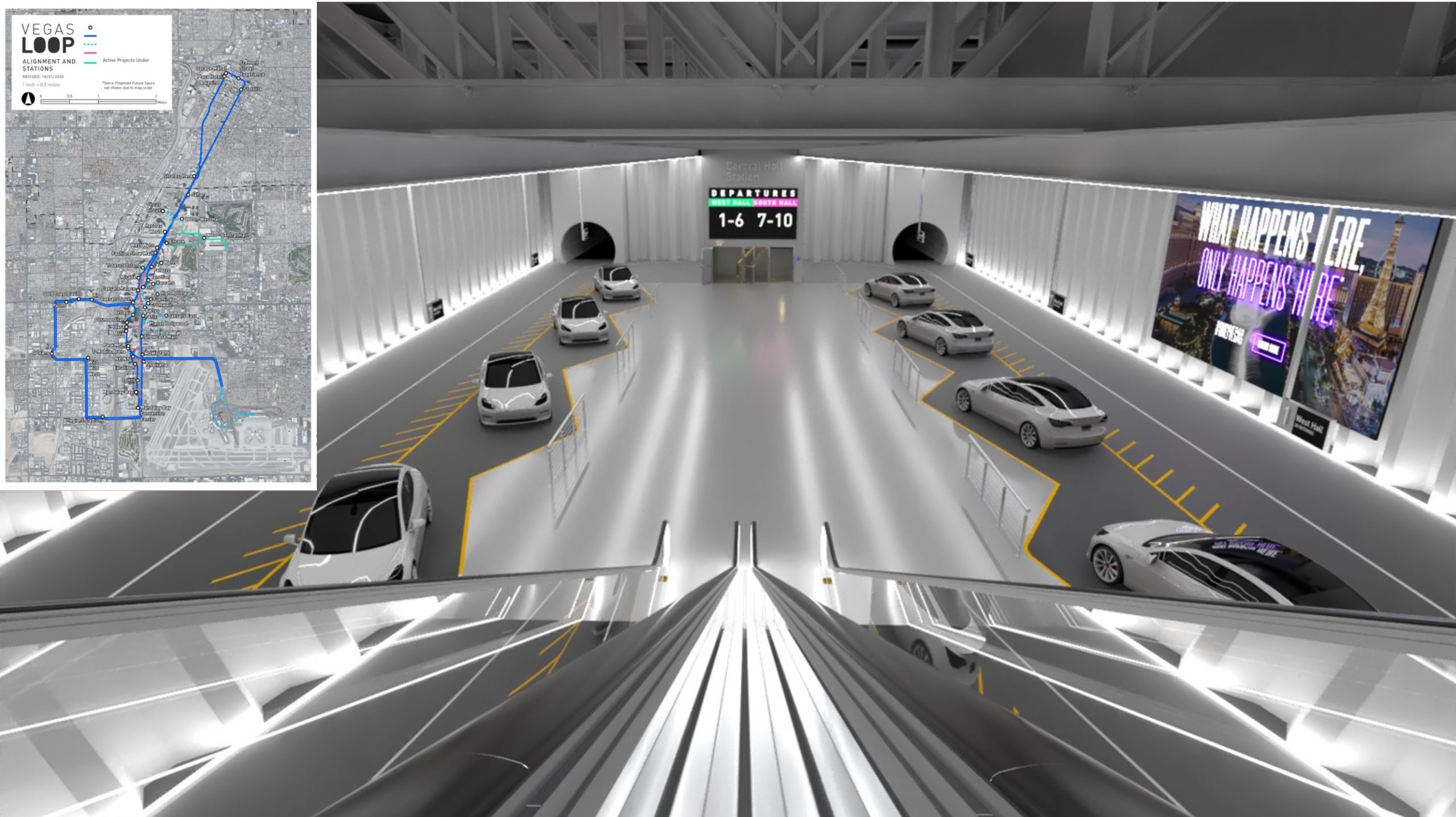 Elon Musk’s Boring Company received its first official “approval” for the expansion of its Vegas Loop. The city’s Planning Commission openly showed support for the Boring Co.’s project, recommending an approval for the expansion of the Vegas Loop to the City Council. Before the recommendation, the Planning Commission suggested adding a stop to the loop in the Arts District as well.

The Las Vegas Arts District—known as 18b—is a cultural hub, filled with enticing creative opportunities and sights to titillate imaginative, adventurous minds. It offers a different sort of entertainment than the casinos and resorts in Sin City. The Planning Commission seemed eager to support a stop in the Arts District for the Vegas Loop.

“We’re very excited to see the (Boring Company’s) application come forward. It’s a special thing. It’s exciting that its coming through downtown. I can see on the map all the different stops associated with the casinos and hotels going up and down,” said one commissioner who had visited Boring Company’s tunnels before voting on the motion.

The Vegas Loop’s expansion will be added to the City Council’s agenda on December 16, 2020. If passed, the tunneling startup’s Loop will run through some of Sin City’s popular destinations, including casinos along the Strip, Allegiant Stadium, and downtown Las Vegas as well as the McCarran International Airport. The Vegas Loop will also be connected to Boring Company’s Las Vegas Convention Center Loop.

The President of Boring Company Steve Davis presented the particulars of the expansion to the Planning Commission in a public meeting earlier this week. The Director of Public Works in Las Vegas city Mike Janssen supported Davis’s presentation by sharing his thoughts on the project.

“We had some early discussions with Steve (the head of Boring Company) and his team. In fact, you can imagine an office of mine, full of civil engineers, when a tunnel project comes along, a lot of our staff are excited about this project just because it’s not something you normally see,” he said.

“My team has even taken a stab at concept designs that might fit the city hall and the Arts District and what we look forward to is working with the applicant to find just what might fit.”