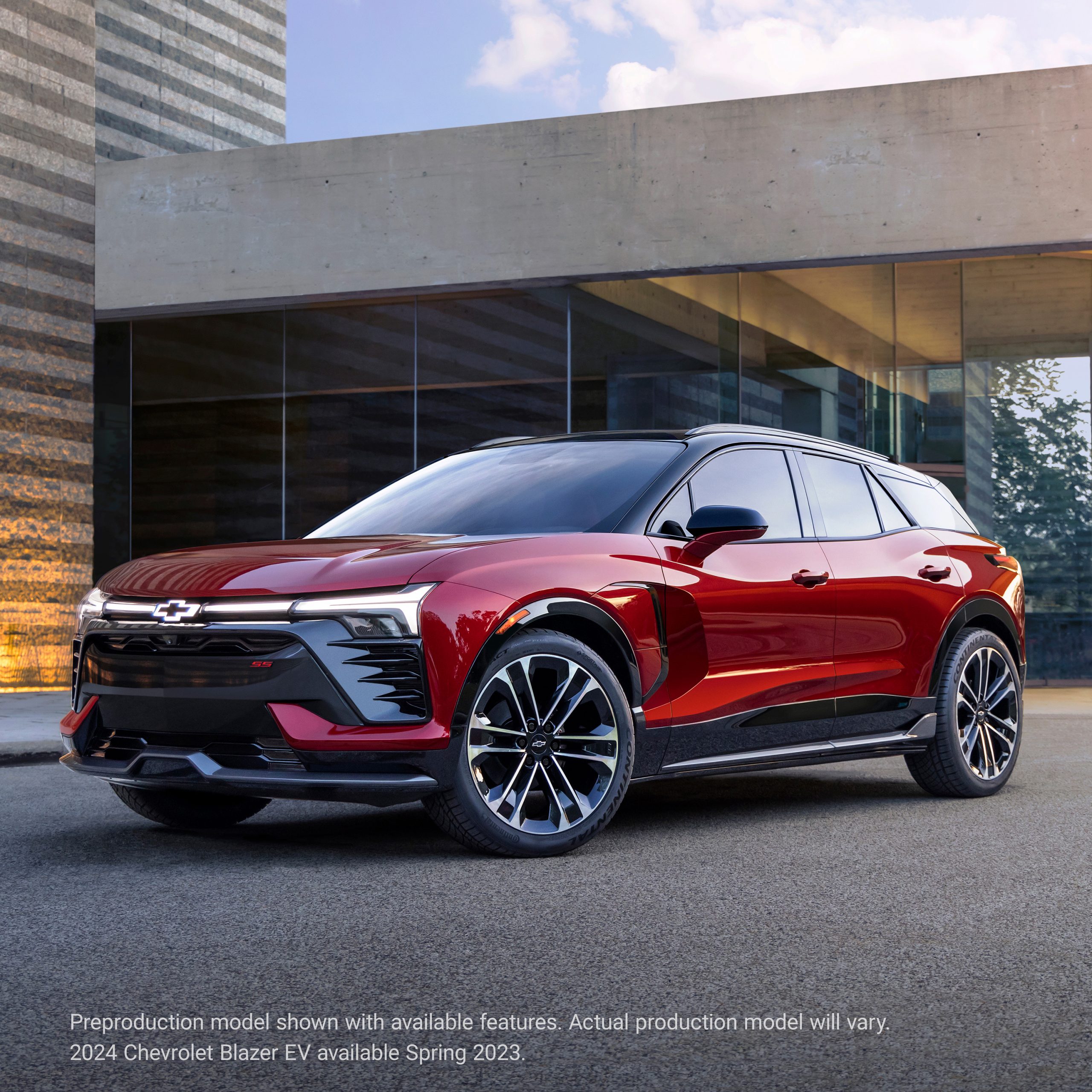 Chevrolet released teaser images of the Blazer EV SS electric vehicle ahead of its full unveiling, which is scheduled to take place next month on July 18th.

Next month, Chevrolet will release more details and images related to the electric version of Chevy’s midsize SUV, which has a less-than-typical appearance due to its all-electric powertrain.

The Blazer is the next step in GM’s $35 billion electric vehicle commitment, which has swelled in recent years due to the company’s lagging EV transition.

Over the years, the Blazer brand has graced a variety of sizes and forms of Chevy SUVs, and we now know what the next version of the 2024 Blazer Ev will look like. In what appears to be a futuristic version of the present gas-powered Blazer, a sporty-looking mid-size crossover with a unique posture and its huge wheels, a long wheelbase, and short front and rear overhangs. This is the SS variant, which implies that it will have a higher level of performance than the lower trim levels.

The Blazer will be the first EV to bear Chevy’s “SS” performance label, which stands for “Super Sport.” Chevrolet said in. The SS logo is evident on the front grille, and it has big Continental tires wrapped around 12-spoke wheels

The Blazer will employ GM’s Ultium battery packs. However, GM still has not released any details regarding what battery pack sizes will be available for the Blazer. What we can look forward to is both single and dual-motor powertrains, with the SS getting the most powerful AWD option as standard. The lower-priced models, such as the LT, RS, and Premier trims, will receive the less powerful single-motor setups as standard.

The Chevy Blazer EV is planned to compete with the Ford Mustang Mach-E, Tesla Model Y, and Volkswagen ID.4 when it hits production.