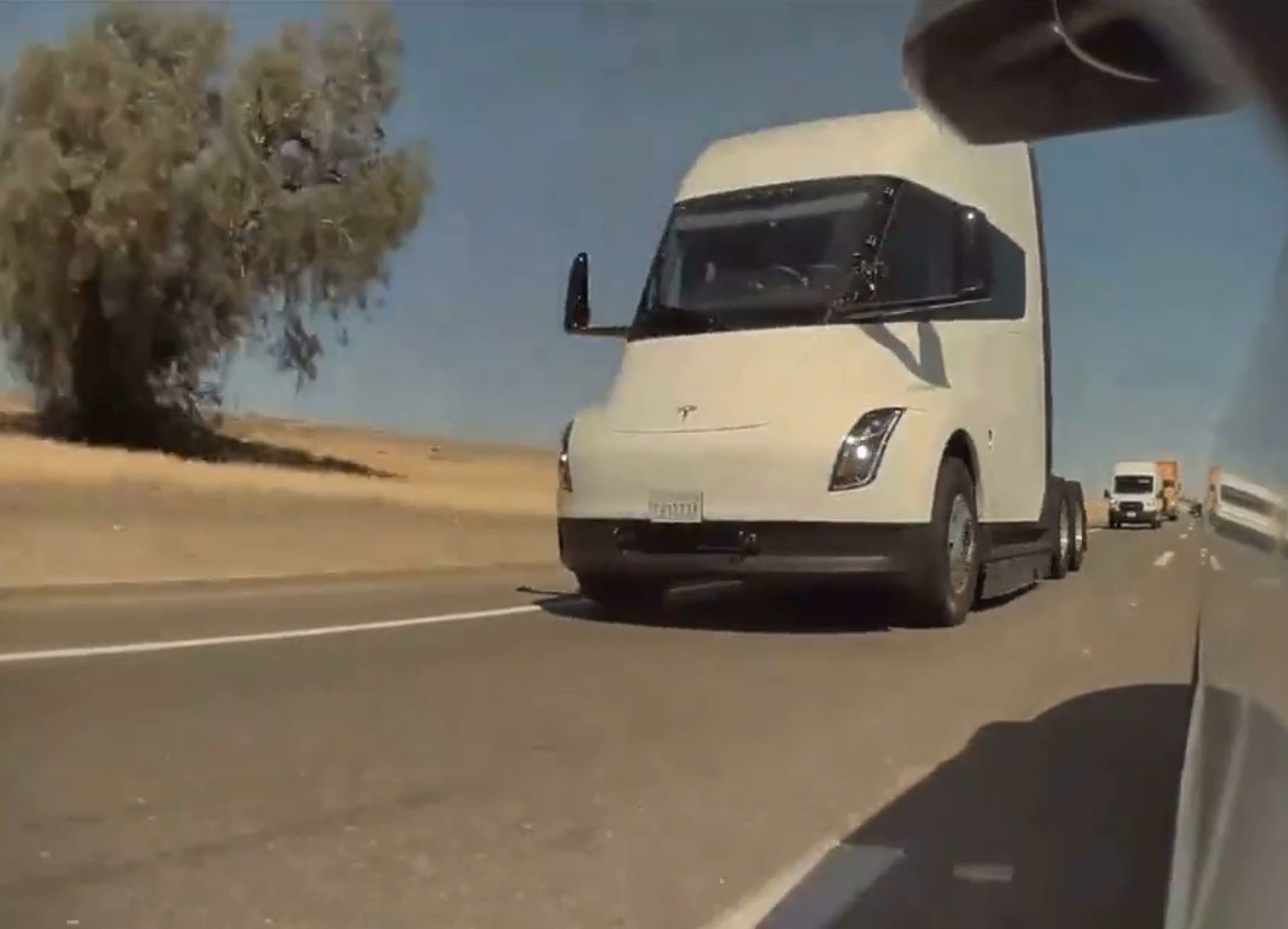 Tesla Semi spotted on California highway testing ahead of production

The Tesla Semi was spotted on California Highway 580 earlier today, testing on public roads ahead of the truck’s initial production.

The Semi was spotted by a member of Tesla Owners Club Silicon Valley and showed a Semi running in the fast lane, hauling what appears to be cut-down trees behind it. It is the first sighting of the Semi since April and the first since Tesla CEO Elon Musk announced during the Q4 2021 Earnings Call that the automaker would not introduce any new products into its lineup this year. This seems to include the Semi, which was slated for its first deliveries early this year.

The Semi is amongst the most anticipated Tesla vehicles, likely in second behind the next-gen Roadster, which is supposed to be able to fly temporarily thanks to SpaceX cold-gas thrusters. However, the Semi has been subjected to numerous delays due to battery shortages, as the Semi requires a vast number of EV cells due to its size. Tesla was ready to begin production in mid-2020 but eventually decided to wait after the demand for the company’s mass-market vehicles skyrocketed.

The delays have not stopped businesses from requesting the truck for their fleets, however. Tesla has orders from PepsiCo. and Karat Packaging, a manufacturer of environmentally friendly, disposable foodservice products.

The Semi will not be the first all-electric class-8 truck on the market when it eventually enters production. Volvo, Nikola, and others are currently producing all-electric semi-trucks for their clients.

Development and testing of the Tesla Semi are evidently still underway, and the automaker could be making additional changes and modifications to the design to improve the already great design. When production and deliveries of the Semi will begin is completely unknown, especially as parts shortages and unpredictable supply chain issues.

Tesla Semi spotted on California highway testing ahead of production