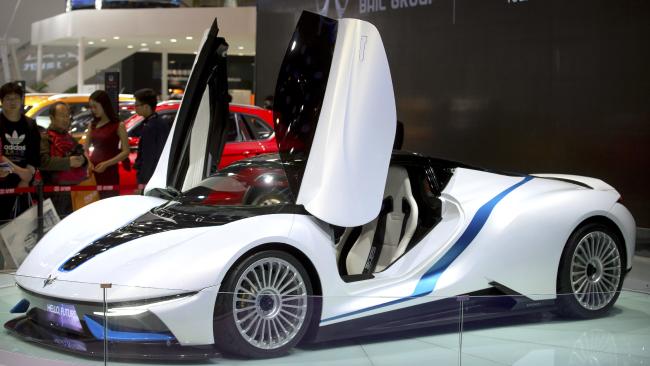 In an exclusive interview conducted by International Business Times, Leach says Elon Musk and Tesla Motors have done a “brilliant job” and should be congratulated for creating products people want. He added, “I do think, though, that if normal car companies were the internet at 1.0, then Tesla is probably 2.0 and does some really good things like over-the-air software updates. But what we’re trying to be is 3.0.” Leach suggests his company will be a complete reboot of the car industry.

We have heard it all before from the likes of Faraday Future and Atieva who are all looking to disrupt the disruptors. So far, however, all any of them have to offer are vague promises, half-formed dreams, and a boatload of vaporware. Leach says NextEV is different. His company will unveil an electric supercar before the end of 2016, he claims.

“When we launch the car it will not be a concept. It’s a car, it will be engineered and validated and you will see it driving at some point shortly after the introduction. Certain lucky people will be able to drive it.” He adds it will be a “car which will be able to hold its own against the best of today’s competition. We want it to show what we can do. For sure, it will have a few surprises. It will not just be another cookie-cutter supercar.”

After that, Leach says NextEV will “do things that help people’s automotive lifestyles.” That seems to include an entirely new business model. “We do want people to own their cars, but we want to make it fun again. We want to take out the pain points that people complain to us about, about the ownership experience today. Not just electric vehicles, but generally.” That could include a subscription format, which would allow people to drive different cars at different times, according to their needs.

Finally, Leach says, “Our strategy is quite different to Faraday Future because as you get to understand NextEV better you will begin to realize we are very much a value driven organisation. We’re not really a car company.”

Perhaps. We have heard similar statements from any number of startups who seem to think that putting an electric motor in a chassis is all that’s required to make automotive history. As Elon Musk and Tesla have found out, producing cars successfully is not for the faint of heart. Leach talks a good game but it remains to be seen if there is substance to his claims.